Books I Read In January

*This post contains some books I bought with a gift card gifted to me by Books Are My Bag. This post isn't in collaboration with them, however.

I started the year by reading five books in relatively quick succession.

In the interests of documenting everything that I read in 2019, here's a collection of miniature book reviews. Feel free to leave your own reviews in the comments as well as any book recommendations. 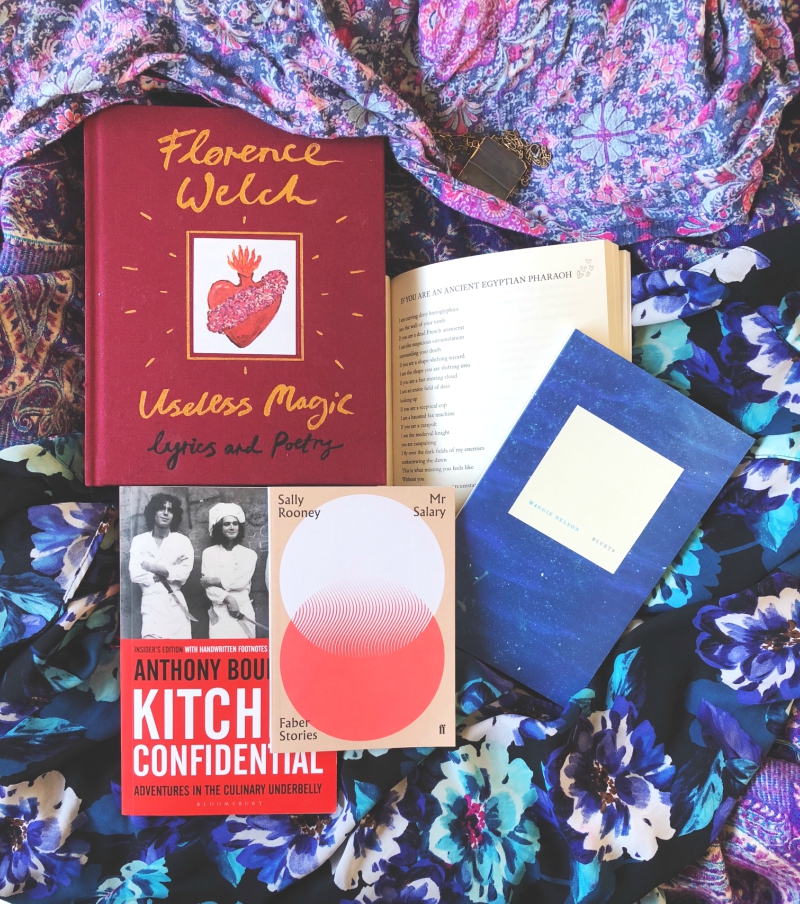 Mr Salary by Sally Rooney
*Bought with a gift card I received from Books Are My Bag.

Faber have released a collection of little slips of fiction from revered authors to celebrate 90 years of publishing. You'll find everything from Sarah Hall to Kazuo Ishiguro. I lumped for Rooney.

I sped through Mr Salary on the first day of the year, which is probably why I cannot really recollect it all that well. I do, however, remember that it was governed by Rooney's effortless ability to craft simmering relationships between characters almost instantaneously.

Start with Conversations With Friends or Normal People and end up here if you find yourself gelling with her writing style.

A Christmas gift from Luke.

This is a must-read for any fan of Bourdain or anyone interested in the restaurant industry.  This particular edition, published in 2013, updates the original text with Anthony's handwritten notes in the margins updating readers on changes of taste and/or opinion over the course of thirteen years, making for quite an interesting read - especially when he uses a note to state his regret at not punching someone when he had the chance.

A fascinating insight into the kitchens of New York City and beyond. I miss him.


If you've ever wanted to pull apart the poetic lyrics and guttural howls of Florence and the Machine, this weighty hardback is for you. Lyrics sit next to scraps of stories written on hotel notepads and art lifted from sketchbooks giving fans a window into her creative process.

If you have little to no interest in Florence or her music, skip it entirely.

My kinda poet! Impulsive, wildly funny, honest as they come.

Bird plays with language as if it is entirely her own creation. Phrases are born onto the page, often reminding me to ditch poetic convention altogether because her poems are all the better for it.

'If You Were An Ancient Egyptian Pharaoh' is one of my favourite poems so it was, of course, a real highlight and that's saying something considering other poems in the collection include 'Keats Is Dead So Fuck Me From Behind' and 'Having Sex In A Field in 2013'. A poet rewriting the rules, whether she means to or not.

A lyrical love letter to the colour blue. Niche but strangely endearing.

I lost my way part the way through as my attention began to wane. Still finished it though. Glutton for punishment, me. Perhaps a re-read would do it more justice. I do, however, applaud Bluets for its vulnerability and departure from structural conventions.


▴
What books did you read in January? Any you'd like to recommend to the rest of us?

Scroll through the archives if you're looking for more book blog posts.