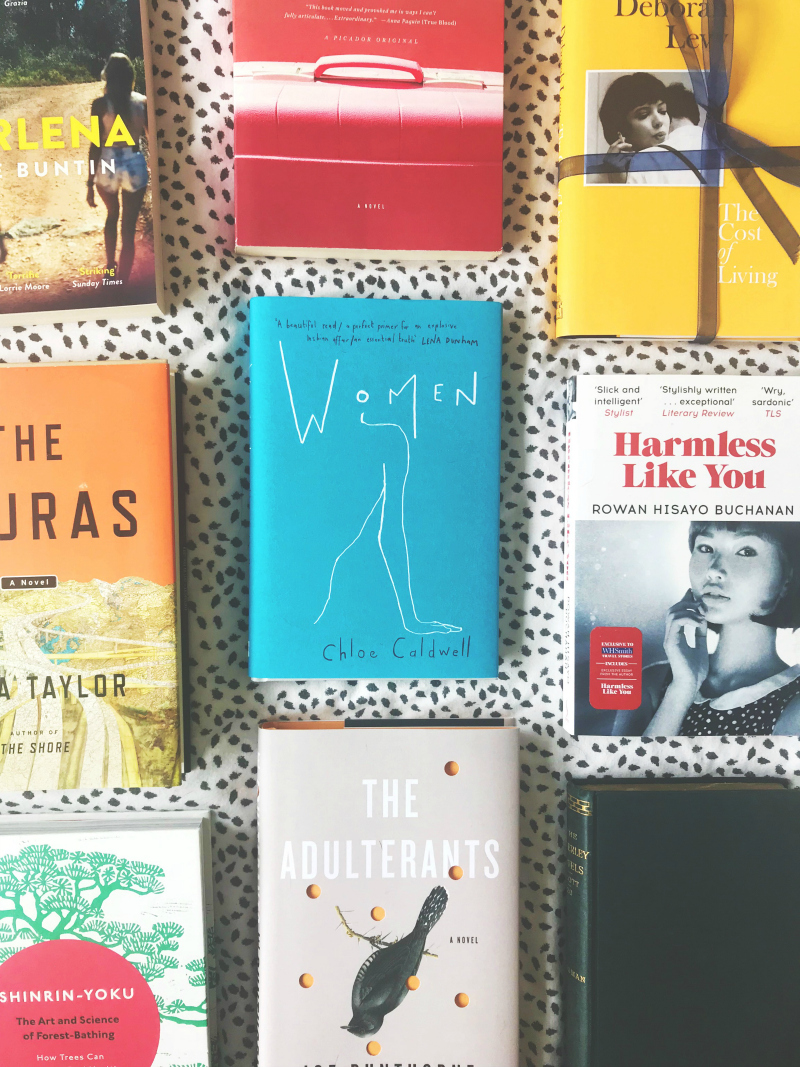 My 'new in' stack was looking a little hefty so I'm here today to share the books that made it into my collection during the month of April. I bought some with my pocket money, received a few from publishers and even received one as a gift from a pal.

If you've read any of the following books, or end up adding any of them to your 'to buy' list, I'd love to chat with you in the comments. 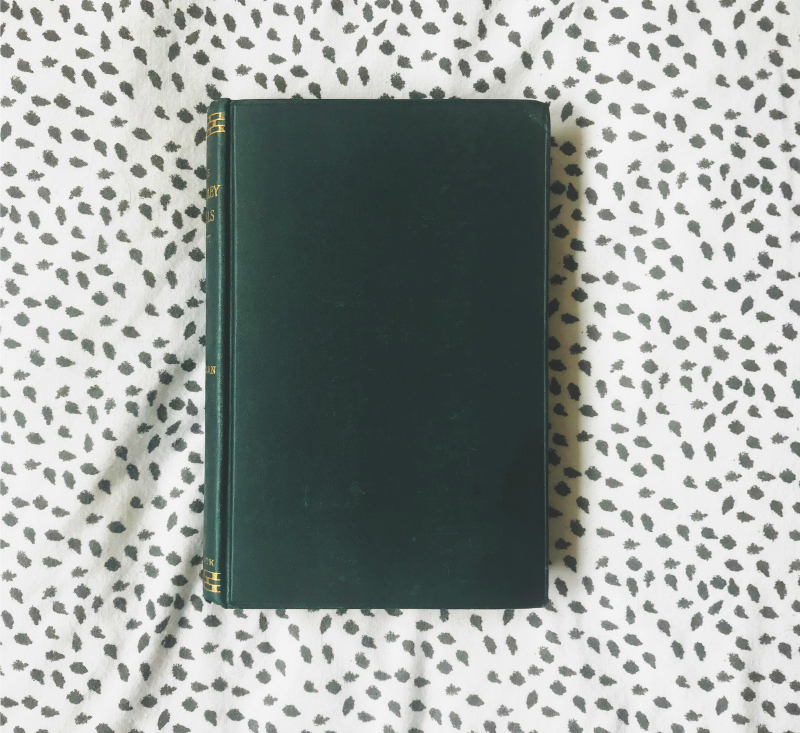 THE waverley novels (vol. 20) by sir walter scott (1874)
Michelle, one of my oldest blogging pals, stumbled across a vintage book market a few weeks back and ended up picking out a book for me whilst she was there. I'm very grateful to have such thoughtful pals who think of me when they see secondhand book sales! Thanks, Mich!

I actually studied Sir Walter Scott at university so that was a happy little coincidence. The Waverley Novels were hugely popular when they were released but Scott only acknowledged his authorship years down the line once they were all published. Madness! This is a beautiful inscribed edition and I love thinking about all of the lives this book has lived before it made its way to me.

Michelle is up for Blogger Of The Year in the Blogosphere Awards so if you've yet to vote..go and do so now! 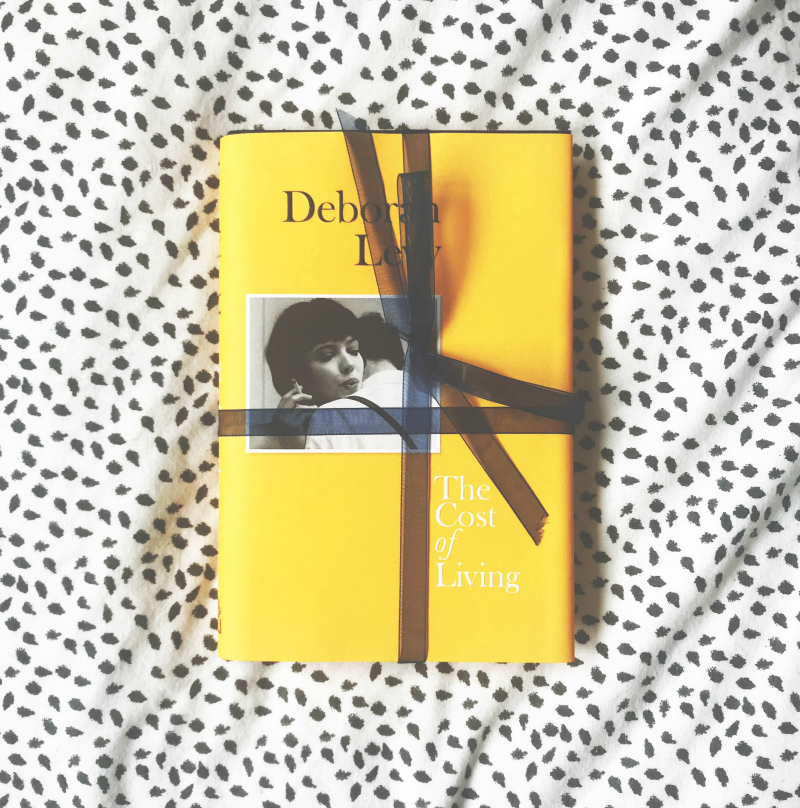 the cost of living by deborah levy* (2018)
The Cost of Living reveals a writer in radical flux, considering what it means to live with value and meaning and pleasure. This perfectly crafted snapshot of a woman in the process of transformation is as distinctive, wide-ranging and original as Levy's acclaimed novels, an essential read for every Deborah Levy fan.

This was a surprise book from the publisher but, if you know my reading taste, you'll know that I enjoy memoirs by creative women so this could be a good shout! The cover alone is promising.

I've not read any of Levy's work but she has been nominated for several literary prizes of late so I should enjoy the reading experience if that's anything to go by! 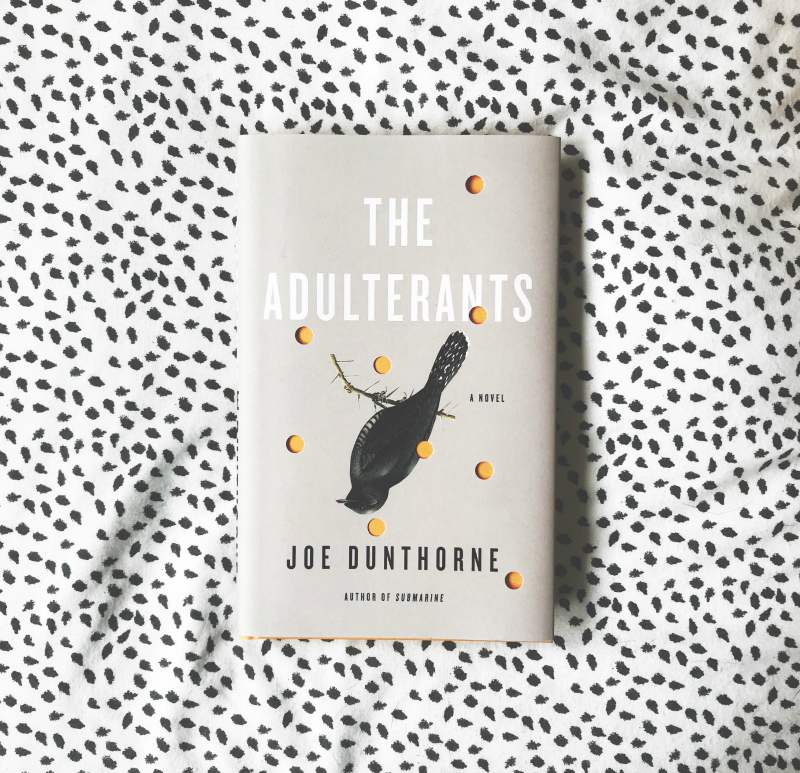 THE Adulterants by joe dunthorne* (2018)
Ray is not a bad guy. He mostly did not cheat on his heavily pregnant wife. He only sometimes despises every one of his friends. And though his career as a freelance tech journalist is dismal and he spends his afternoons churning out third-rate listicles in his boxer briefs, he dreams of making a difference. But Ray is about to learn that his special talent is for making things worse.

I absolutely loved Submarine when I read it many many moons ago so when I heard that Dunthorne had a new novel out I thought I'd request a review copy.

Dunthorne writes tragicomedy with such ease and the blurb promises it in spades so I have quite high hopes. It's nice to have something on my shelves that seems to be a little...lighter than my usual depressing read. I'll report back and let you know how it goes. 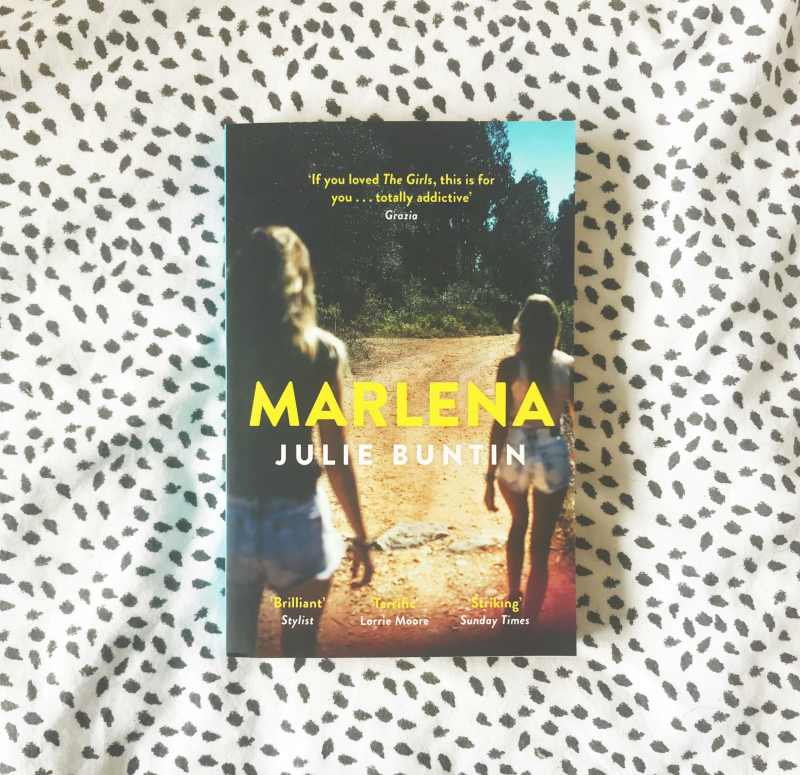 marlena by julie buntin* (2017)
Everything about fifteen-year-old Cat’s new town in rural Michigan is lonely and off-kilter, until she meets her neighbor, the manic, beautiful, pill-popping Marlena. Cat, inexperienced and desperate for connection, is quickly lured into Marlena’s orbit by little more than an arched eyebrow and a shake of white-blond hair. As the two girls turn the untamed landscape of their desolate small town into a kind of playground, Cat catalogues a litany of firsts—first drink, first cigarette, first kiss—while Marlena’s habits harden and calcify. Within the year, Marlena is dead, drowned in six inches of icy water in the woods nearby. Now, decades later, when a ghost from that pivotal year surfaces unexpectedly, Cat must try to forgive herself and move on, even as the memory of Marlena keeps her tangled in the past.

If you're a regular Viva reader, you'll know that books about girlhood are my bag - especially when they depict all of the mess that comes with growing up. I saw the publicist mentioning that they had review copies available so I slid in and asked if I could have one. Luckily enough for me, they obliged.

Teen friendship, new rural town life, death, what's not to love?! This feels like it could be an ideal summer read so I'm going to push it to the top of my TBR pile. 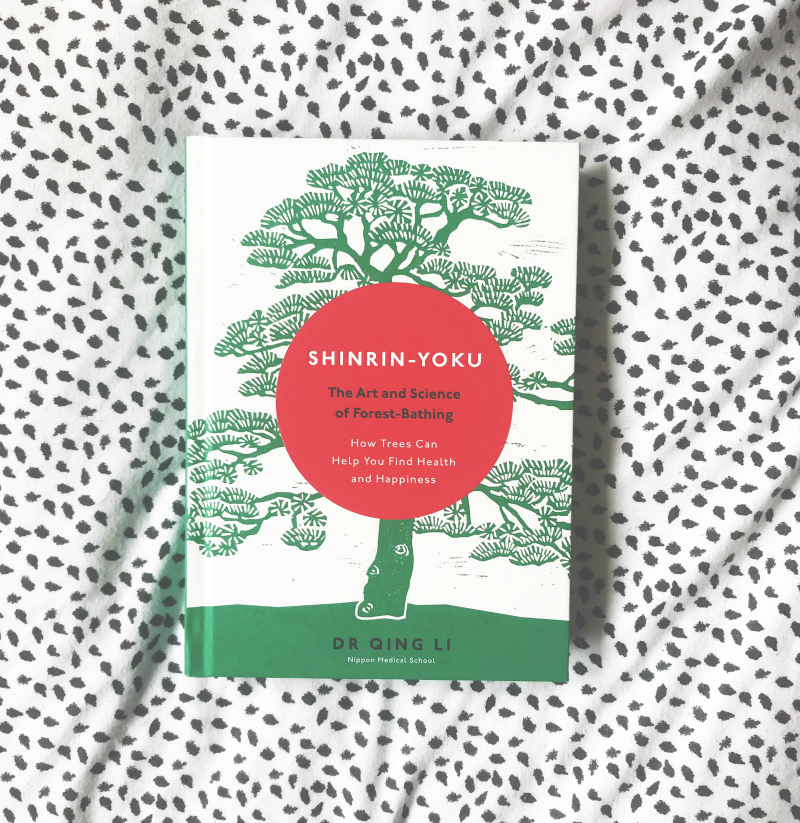 shinrin-yoku: the art and science of forest bathing by dr qing li* (2018)
Shinrin-Yoku or forest bathing is the practice of spending time in the forest for better health, happiness and a sense of calm. A pillar of Japanese culture for decades, Shinrin-Yoku is a way to reconnect with nature, from walking mindfully in the woods, to a break in your local park, to walking barefoot on your lawn. Forest Medicine expert, Dr Qing Li's research has proven that spending time around trees (even filling your home with house plants and vaporising essential tree oils) can reduce blood pressure, lower stress, boost energy, boost immune system and even help you to lose weight. Along with his years of ground-breaking research, anecdotes on the life-changing power of trees, Dr Li provides here the practical ways for you to try Shinrin-Yoku for yourself.

An unsolicited arrival with a beautiful cover and an intriguing premise.

As much as I love nature, and wandering about outdoors, I've never really read anything about its supposed benefits. Once I've given this a browse, and put it to the test, I'm going to pass it on to my pals Claire and Joe because this book just screams them!

My Grandma is the type of woman who will scrunch a note in your hand when she senses that you're going through a tough time and that's exactly what she did the other week, despite my insistence that I'd be okay.

She told me to buy something that I would like, and not what I needed so, naturally, I bought some secondhand books. These titles had all been languishing on my 'to buy' list for some time so I was pretty thrilled when they arrived on my doorstep. 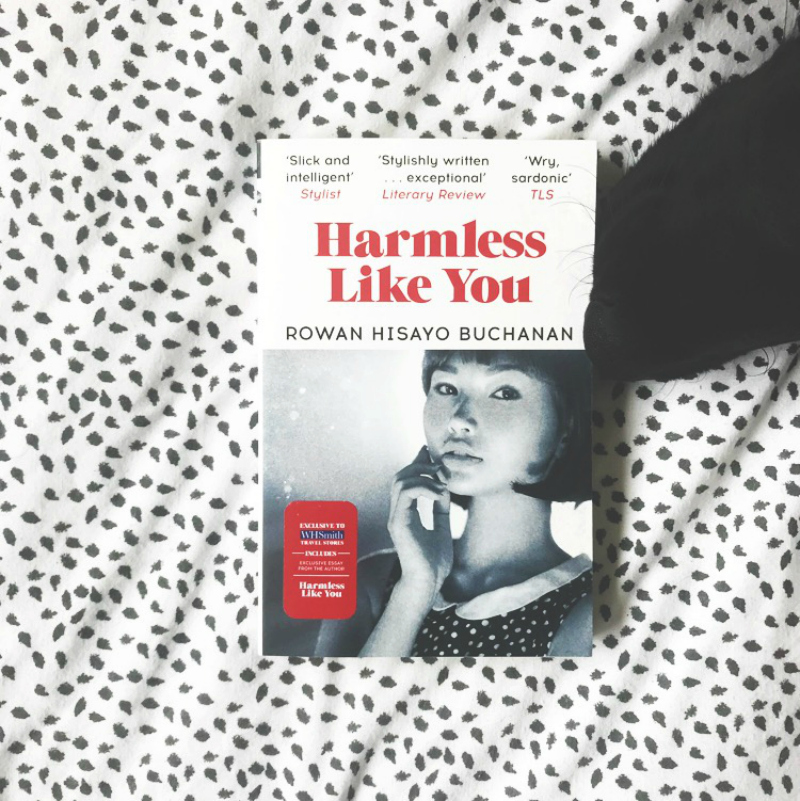 HARMLESS LIKE YOU by rowan hisayo buchanan (2016)
Harmless Like You is set across New York, Berlin and Connecticut, following the stories of Yuki Oyama, a Japanese girl fighting to make it as an artist, and Yuki's son Jay who, as an adult in the present day, is forced to confront his mother who abandoned him when he was only two years old. Harmless Like You is an unforgettable novel about the complexities of identity, art, adolescent friendships and familial bonds, offering a unique exploration of love, loneliness and reconciliation.

I haven't seen a lot of people discuss this book but it seemed to be a good fit for me thematically. Friendship and family? Love and loneliness? Sign me up.

I'm also really into narratives that cross borders so this novel ticks several of my boxes. The cover is also beautiful; Poppy's inquisitive snout not included. 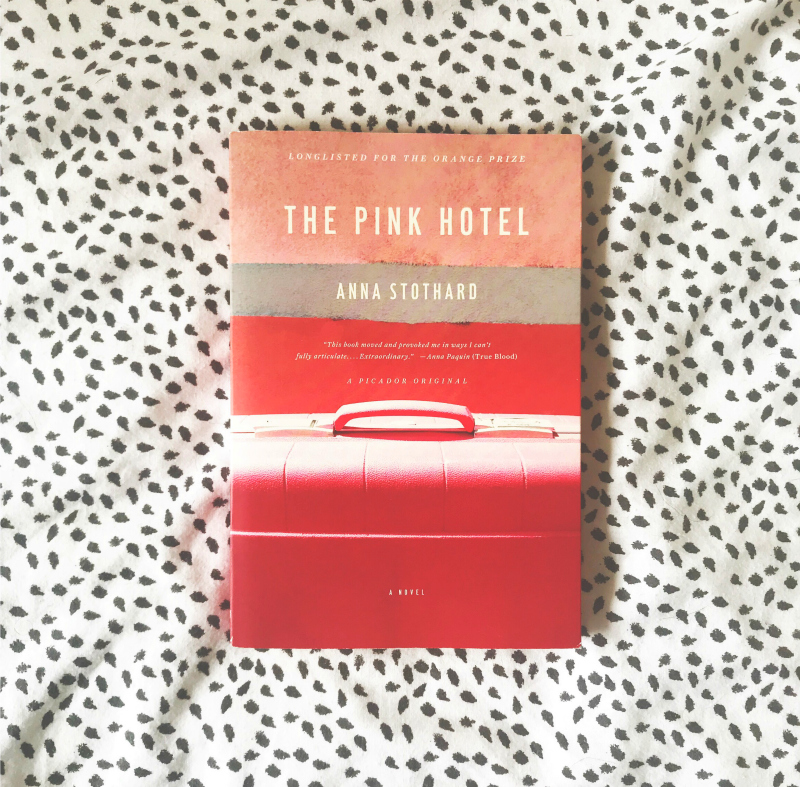 the pink hotel by anna stothard (2011)
A seventeen-year-old London girl flies to Los Angeles for the funeral of her mother Lily, from whom she had been separated in her childhood. After stealing a suitcase of letters, clothes and photographs from her mum's bedroom at the top of a hotel on Venice Beach, the girl spends her summer travelling around Los Angeles returning love letters and photographs to the men who had known her mother. As she discovers more about Mandy's past and tries to re-enact her life, she comes to question the foundations of her own personality.

A Smokintofu recommendation! Alice is forever singing this book's praises so I finally decided to bite the bullet and purchase the only pretty edition on the market. It even has deckled edges and french flaps, for God's sake!

The blurb, again, brings up some of the themes that I love to read about the most, from nostalgic car rides that right wrongs to characters validating and clarifying their own existence. This sounds, to me, like another summer read. My summer TBR pile is shaping up nicely! 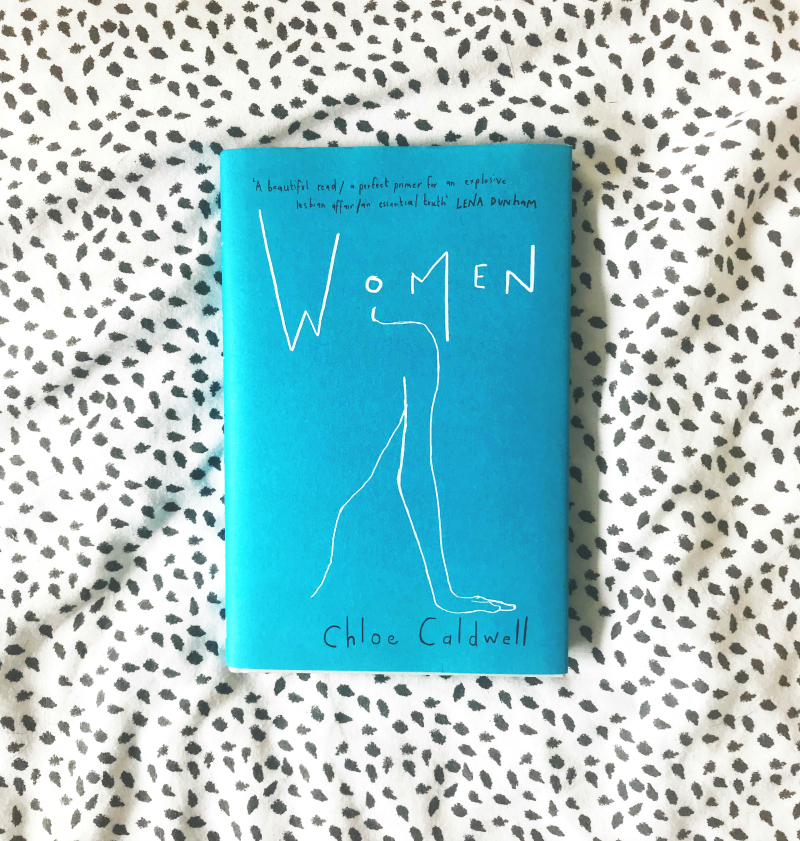 women by chloe caldwell (2014)
A young woman moves from the countryside to the city. Inexplicably, in¬exorably and immediately, she falls in love with another woman for the first time in her life. Finn is nineteen years older than her, wears men’s clothes, has a cocky smirk of a smile – and a long-term girlfriend. With precision, wit and tenderness, Women charts the frenzy and the fall out of love.

You can never own enough books that concern themselves with queer romance, in my opinion, which is just as well because I just added this novella to my collection. When I was younger, I always insisted that I didn't like romance novels. I found them dull, in all honesty. In recent years, however, I've come to love those of the queer and chaotic kind.

There has been quite a bit of buzz surrounding this book of late so I'm thinking I'll read it on a weekend evening some time soon.

(Edit: I read this on Saturday afternoon and  wholly enjoyed the experience!) 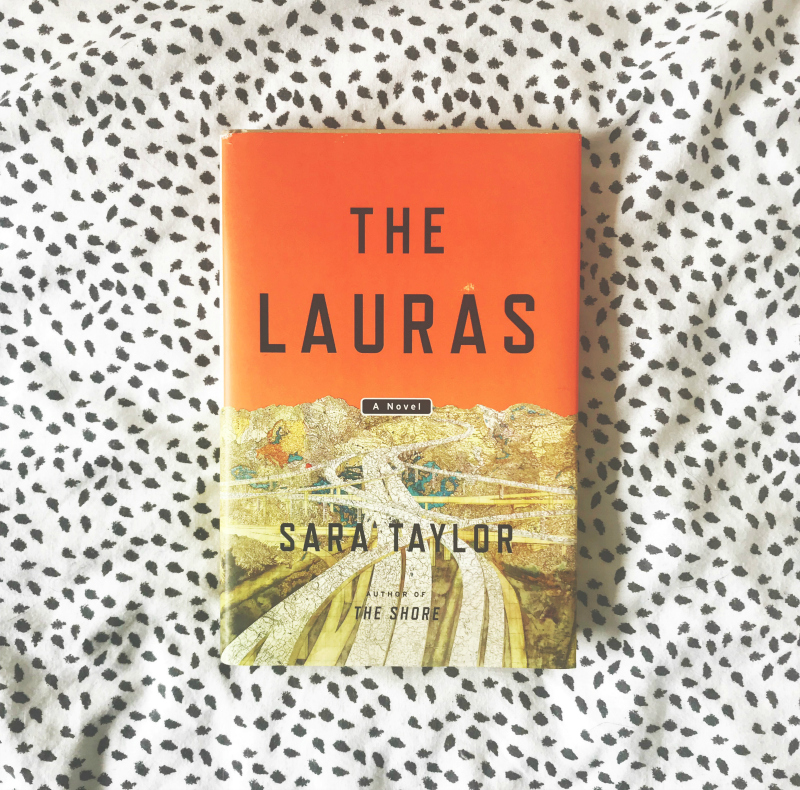 the lauras by sara taylor (2016)
Alex and their mother take a road trip from Virginia to California. This enigmatic pilgrimage takes them back to various stages of Alex’s mother’s life, each new state prompting stories and secrets. Together they trace back through a life of struggle and adventure to put to rest unfinished business, to heal old wounds and to search out lost friends. This is an extraordinary story of a life; a stunning exploration of identity and an authentic study of the relationship between a mother and her child.

Another Smokintofu recommendation! Alice and I have a lot of crossover when it comes to our reading tastes so I trust her recommendations implicitly!

The Lauras had been flailing around on my 'to buy' list since it was first released but it took a push from A to make me realise that it would be an excellent read for these warmer days. As I mentioned earlier, I love fictional road trips, especially when their main aim is to right wrongs, so I really cannot wait to slip between the pages of this book.

Another read of the sooner-rather-than-later kind. I've got a lot of reading to do!

▴
Aaaaand those are all of the books that I acquired during April. Shout out to my Grandma for being incredible, Mish for thinking of me and Alice for being a bookish oracle! Have you caught up with my latest book blog posts?

*Books marked with an asterisk were sent to me by the publisher for consideration. 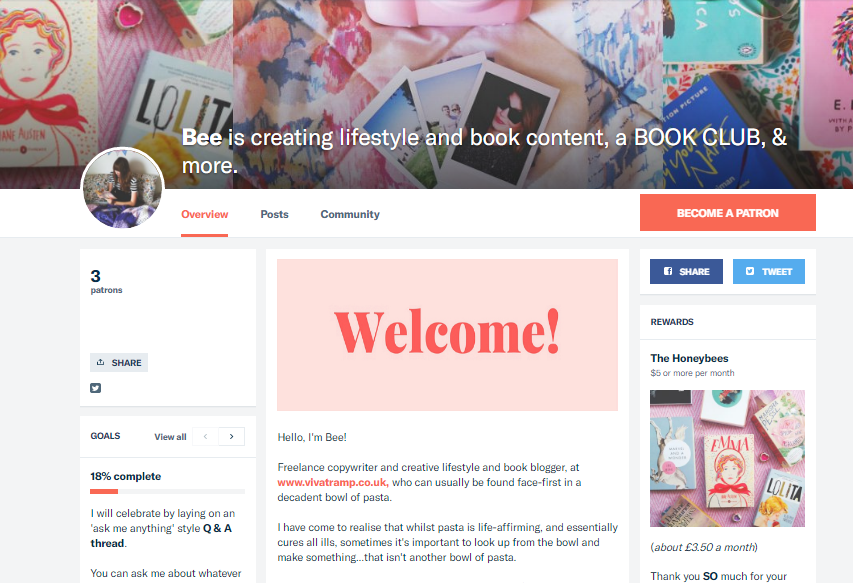 If you read my last post, on the future of Vivatramp, you'll know that I recently started a Patreon page.

If you'd like access to more exclusive bookish content, why not consider joining the community? We have just started our first book club read, Call Me By Your Name, and there's post all about how and why I recently unhauled 100+ books!

There's also a ton of exclusive creative lifestyle content, access to a private Instagram account full of behind the scenes bits and a downloadable creative guide up for grabs! A big thank you to my existing patrons: Lauren, Michelle and Georgia.