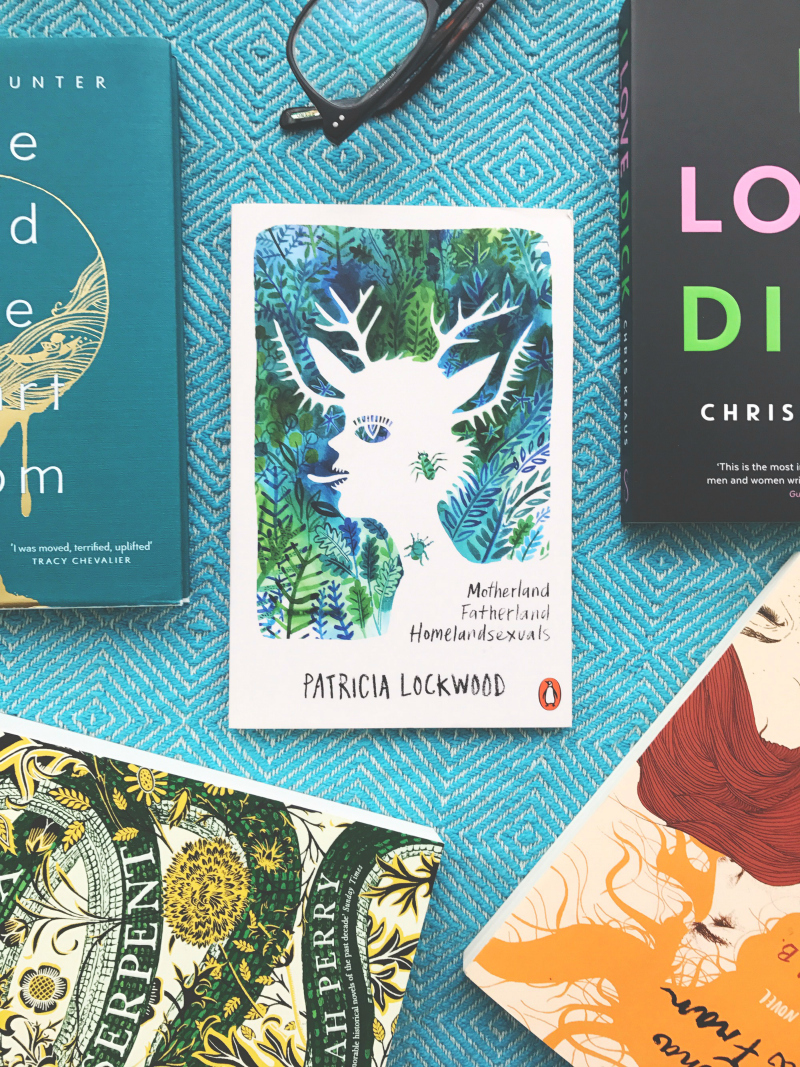 I got some rare goodish health news last month so, in true Bee fashion, I bought some secondhand books. You probably shouldn't reward yourself with stuff but sometimes it feels good to be like, 'Hey, things could have been a lot worse so here are some cheap books to celebrate!'.

In June, I bought a secondhand selection of recommendations and received a couple of books too. 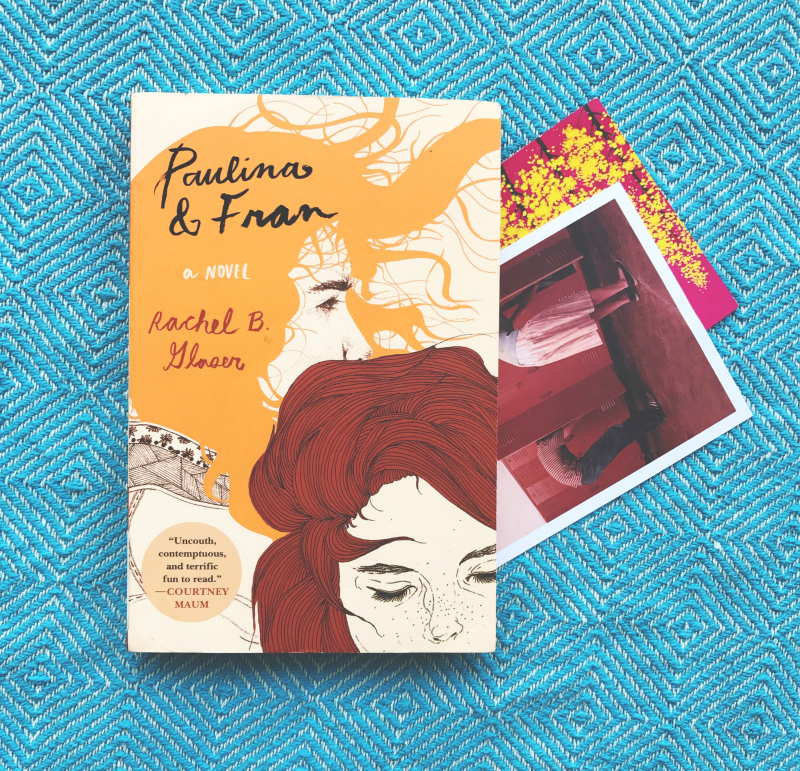 paulina and fran by rachel b. glaser (2015)
A story of friendship, art, sex, and curly hair: an audaciously witty debut tracing the pas de deux of lust and love between two young, uncertain, conflicted art students. At their New England art school, Paulina and Fran both stand apart from the crowd. Paulina is striking and sexually adventurous—a self-proclaimed queen bee with a devastating mean-girl streak. With her gorgeous untamed head of curly hair, Fran is quirky, sweet, and sexually innocent. An aspiring painter whose potential outstrips her confidence, she floats dreamily through criticisms and dance floors alike. On a school trip to Norway, the girls are drawn together, each disarmed by the other’s charisma. Though their bond is instant and powerful, it’s also wracked by complications. When Fran winds up dating one of Paulina’s ex-boyfriends, an incensed Paulina becomes determined to destroy the couple, creating a rift that will shape their lives well past the halcyon days of art school.


Paulina and Fran had been sat on my 'to buy' list since before its release into the wild as I am all for stories written by women about girlhood and intense friendships/relationships. It sat about for a while never really getting enough attention but it recently returned to my radar, thanks to Twitter, and I've decided that now is the perfect time to delve into a story about youth. I'm turning 25 today so I'm desperately trying to claw myself back to my school years...

I had seen mixed reviews so, before buying, I read a couple of little excerpts just to see whether it was my sort of thing or not. I ended up cackling out loud on multiple occasions so I figured it was worth the purchase. This cover alone is worth it. God bless beautiful American editions! I'm going to try and read this during the Summer months because I'm getting sunny sort of vibes from it. 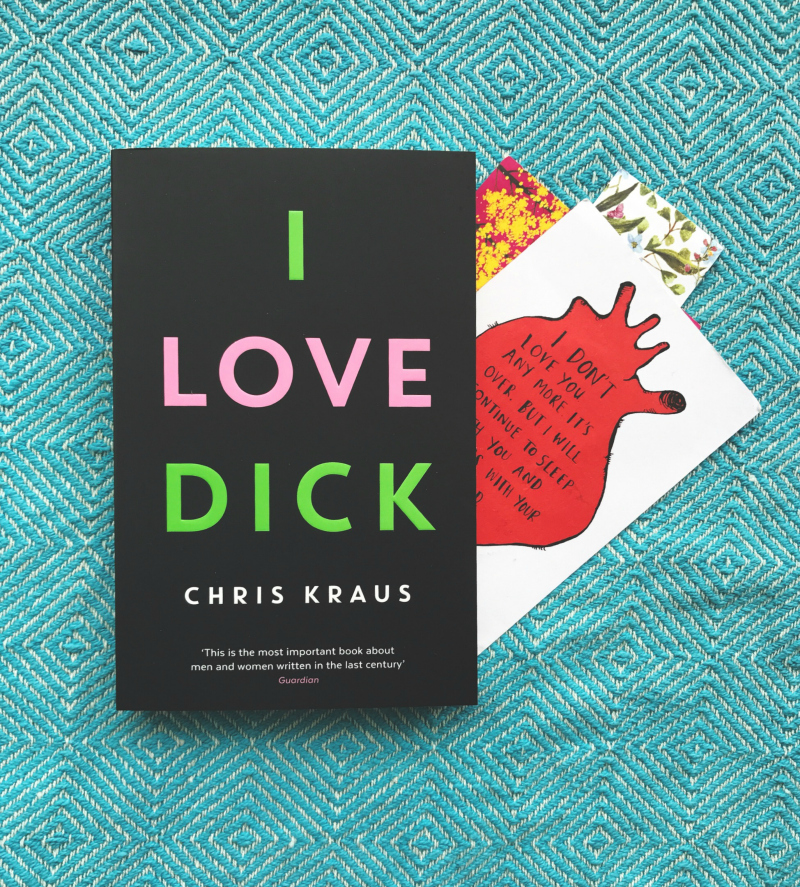 i love dick by chris kraus (1997)
When Chris Kraus, an unsuccessful artist pushing 40, spends an evening with a rogue academic named Dick, she falls madly and inexplicably in love, enlisting her husband in her haunted pursuit. Dick proposes a kind of game between them, but when he fails to answer their letters Chris continues alone, transforming an adolescent infatuation into a new form of philosophy.

I Love Dick was everywhere on social media when it was re-released a couple of years back. With a title like that, it's bound to get your attention. However, despite being well aware of it, I didn't really check it out. I was listening to the Hello Friend podcast recently, however, and both Bethany and Alice, two people I trust when it comes to books, recommended it so I metaphorically got off my ass and did some research on it.

Having realised that it sounded like something I would like, I searched for an 'as new' secondhand copy and vowed to place it near the top of my 'to be read' list. It, again, taps into weird and intense relationships and that's something I've been really enjoying in books over the past couple of years. 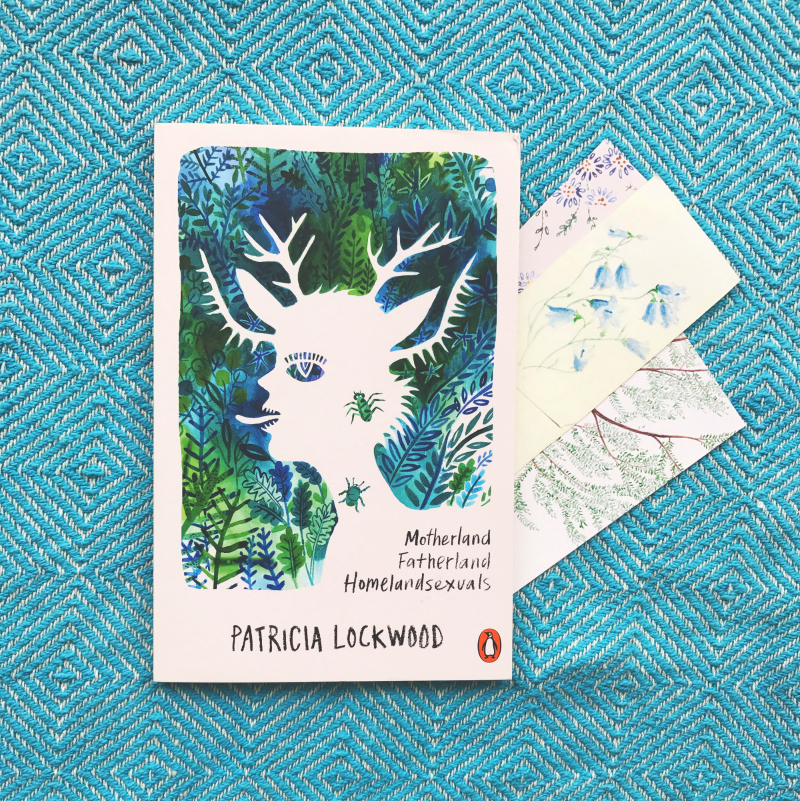 Colloquial and incantatory, the poems in Patricia Lockwood’s second collection address the most urgent questions of our time, like: what if a deer did porn? Is America going down on Canada? What happens when Niagara Falls gets drunk at a wedding? Is it legal to marry a stuffed owl exhibit? What would Walt Whitman’s tit-pics look like? Why isn’t anyone named Gary anymore? Did the Hatfield and McCoy babies ever fall in love? The steep tilt of Lockwood’s lines sends the reader snowballing downhill, accumulating pieces of the scenery with every turn. The poems’ subject is the natural world, but their images would never occur in nature. This book is serious and funny at the same time, like a big grave with a clown lying in it.

I saw this poetry collection pop up on Jennifer's instagram and was immediately intrigued by the beautiful cover. I'm trying to read more contemporary poetry collections, since I write poetry myself, and this seemed like a good shout. I'm all for a bit of weird and wonderful and the blurb promised just that. I had also seen Lockwood retweeted onto my Twitter timeline a handful of times and she always seemed like she had something funny to say so that sealed the deal.

I read it as soon as it arrived, over the space of a couple of days, so look out for it in my book reviews this month. 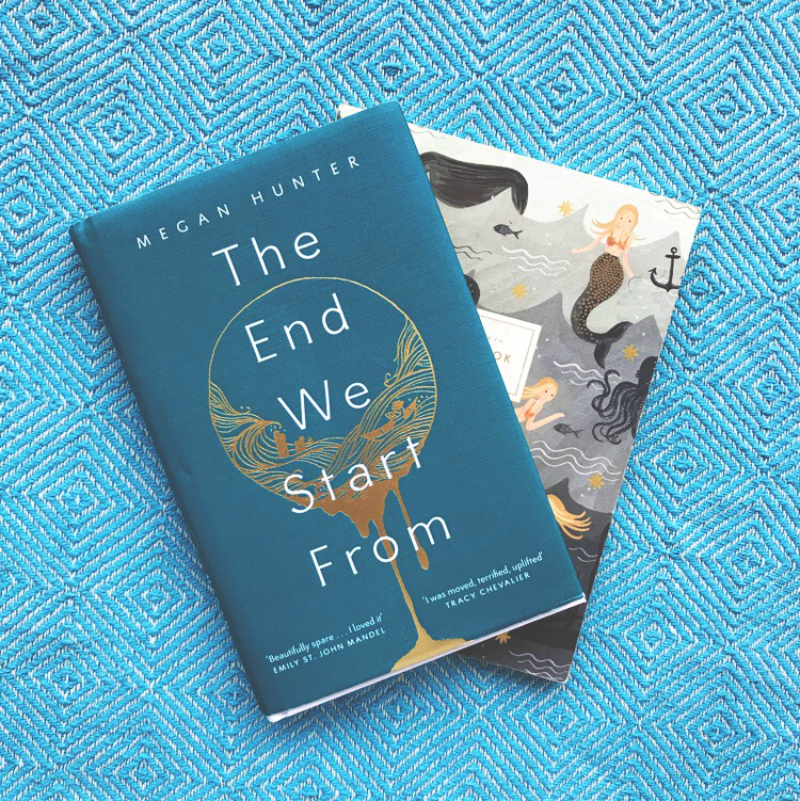 the end we start from by megan hunter (2017)
In the midst of a mysterious environmental crisis, as London is submerged below flood waters, a woman gives birth to her first child, Z. Days later, the family are forced to leave their home in search of safety. As they move from place to place, shelter to shelter, their journey traces both fear and wonder as Z's small fists grasp at the things he sees, as he grows and stretches, thriving and content against all the odds. This is a story of new motherhood in a terrifying setting: a familiar world made dangerous and unstable, its people forced to become refugees.

The End We Start From was another book that seemed to take the internet by storm. I love stunning little novellas with poetic prose, think Grief is the Thing with Feathers, and this appeared to follow suit so it instantly found its way into my shopping basket.

I read it as soon as it arrived and it comes highly recommended, as mentioned in my latest Favourites post. 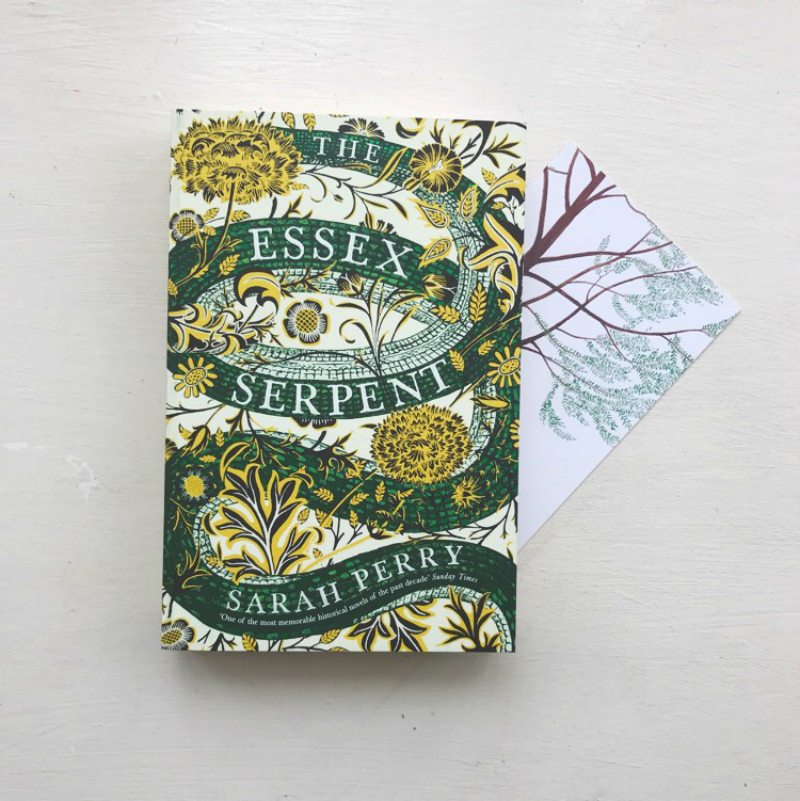 the essex serpent by sarah perry (2016)
Set in Victorian London and an Essex village in the 1890's, and enlivened by the debates on scientific and medical discovery which defined the era, The Essex Serpent has at its heart the story of two extraordinary people who fall for each other, but not in the usual way. They are Cora Seaborne and Will Ransome. Cora is a well-to-do London widow who moves to the Essex parish of Aldwinter, and Will is the local vicar. They meet as their village is engulfed by rumours that the mythical Essex Serpent, once said to roam the marshes claiming human lives, has returned. Cora, a keen amateur naturalist is enthralled, convinced the beast may be a real undiscovered species. But Will sees his parishioners' agitation as a moral panic, a deviation from true faith. Although they can agree on absolutely nothing, as the seasons turn around them in this quiet corner of England, they find themselves inexorably drawn together and torn apart.

The Essex Serpent sounded like the perfect book to settle down with on a cold rainy night and so I waited patiently for its paperback release. I'm not much of a hardback reader, me. This book has been shortlisted for, and has won, multiple awards so I have quite high expectations. I love fiction that has a rather gothic sense of unease and that's the vibe I'm getting from this book.

I'm going to save this for the colder months. She says as she wraps a blanket around her and turns to the rain running down the window pane. 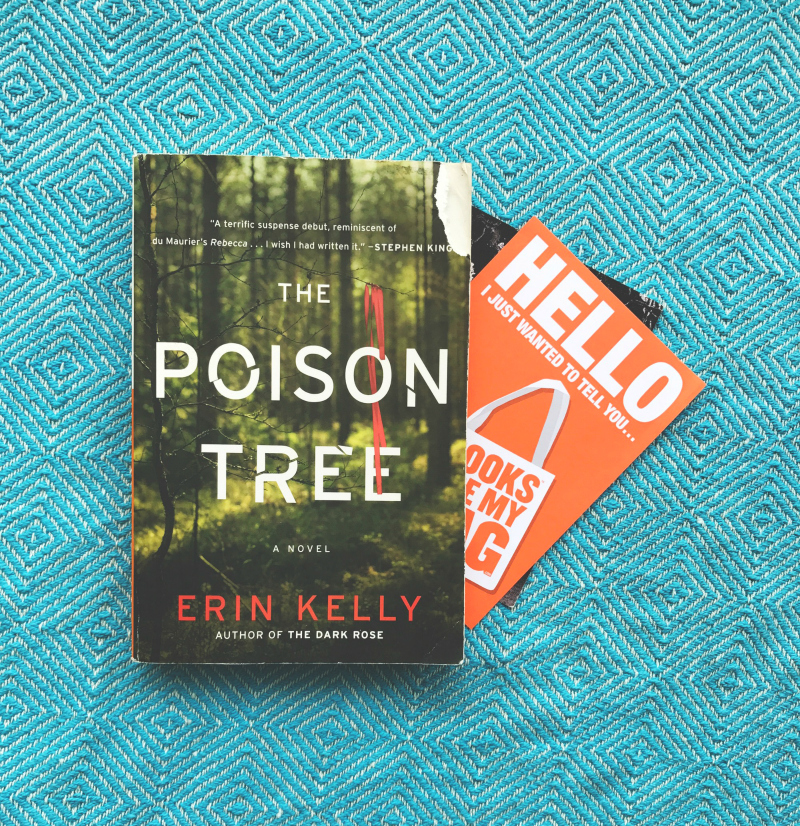 the poison tree by erin kelly (2009)
It is the sweltering summer of 1997, and Karen is a straight-laced, straight-A university student. When she meets the impossibly glamorous Biba, a bohemian orphan who lives in a crumbling old mansion in Highgate with her enigmatic brother Rex, she is soon drawn into their world -- but something terrible is about to happen, and someone's going to end up dead.

The Poison Tree is another book that both Bethany and Alice were raving about on the podcast so that also found its way into my shopping basket. I really enjoy thrillers written by women and that's an area of my reading taste that I have neglected over the past year or two so it'll be nice to jump back into it. When thrillers are done well, they can be absolutely stunning. 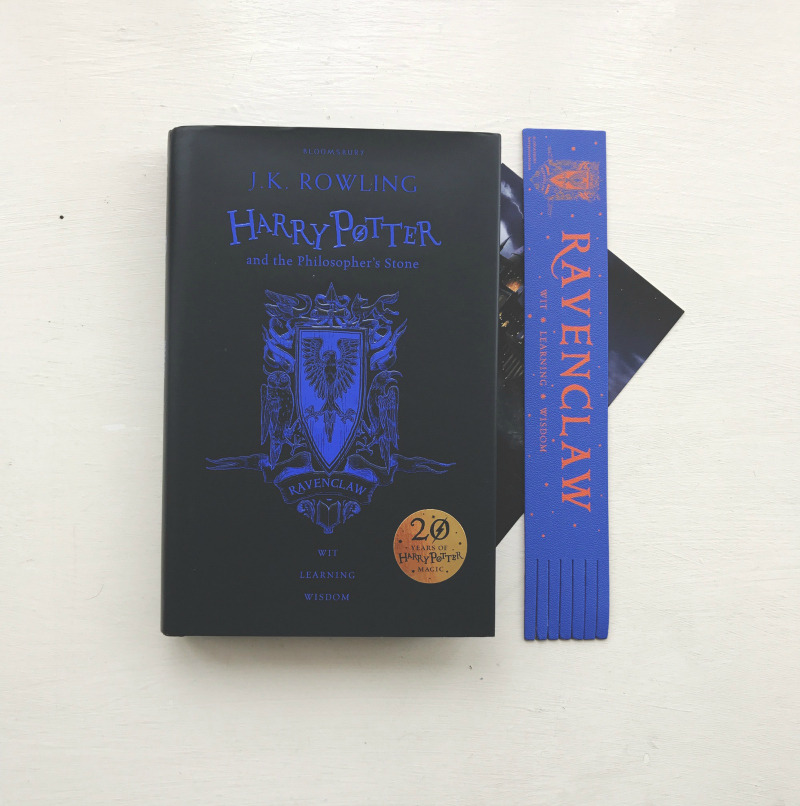 HARRY POTTER AND THE PHILOSOPHER'S STONE BY J. K. ROWLING* (1997)
When a letter arrives for unhappy but ordinary Harry Potter, a decade-old secret is revealed to him that apparently he's the last to know. His parents were wizards, killed by a Dark Lord's curse when Harry was just a baby, and which he somehow survived. Leaving his unsympathetic aunt and uncle for Hogwarts School of Witchcraft and Wizardry, Harry stumbles upon a sinister mystery when he finds a three-headed dog guarding a room on the third floor. Then he hears of a missing stone with astonishing powers, which could be valuable, dangerous – or both. An incredible adventure is about to begin!

This year's Independent Bookshop Week coincided with the 20th anniversary of Harry Potter and the Philosopher's Stone and to celebrate I  was sent a little HP-related package that featured this beautiful Ravenclaw edition. This is now the third edition of this book that I own but I figured they're all different so it's totally justified. The new house editions feature the house crest on the front cover and the house colours sprayed onto the edges of the pages. They also include brand new line illustrations, fact files and profiles on relevant characters.

They would make excellent (and easy) gifts for fans of the series. I imagine I'll be buying one or two for friends come Christmas. Shit, I just said the C word in June... 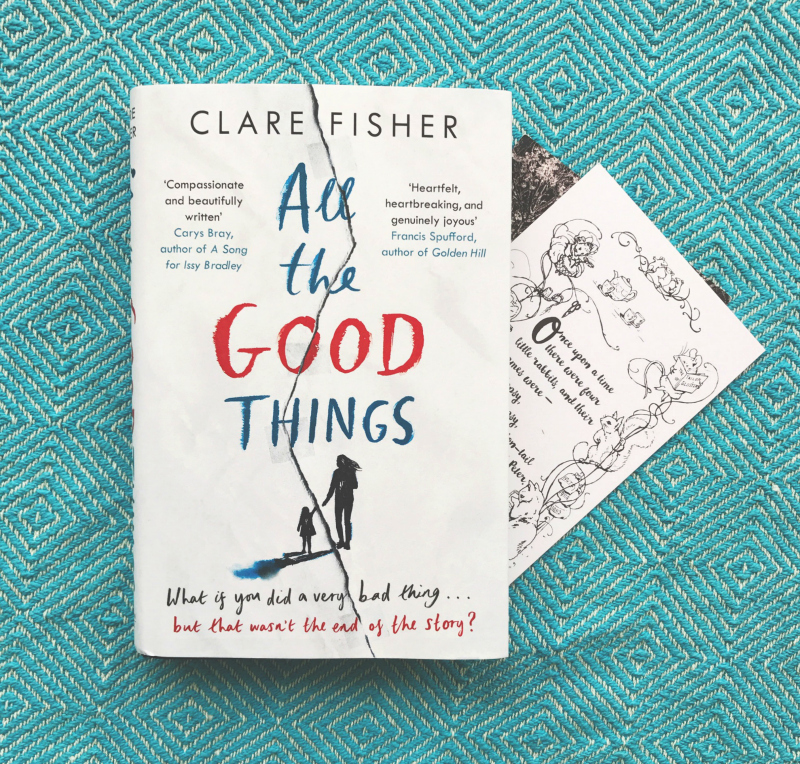 ALL THE GOOD THINGS BY CLARE FISHER* (2017)
Twenty-one year old Beth is in prison. The thing she did is so bad she doesn't deserve to ever feel good again. But her counsellor, Erika, won't give up on her. She asks Beth to make a list of all the good things in her life. So Beth starts to write down her story, from sharing silences with Foster Dad No. 1, to flirting in the Odeon on Orange Wednesdays, to the very first time she sniffed her baby's head. But at the end of her story, Beth must confront the bad thing. What is the truth hiding behind her crime? And does anyone - even a 100% bad person - deserve a chance to be good?

Every now and again, a book turns up from a publisher that is unsolicited. This is such a book. However, in this case, the story sounds like something I might enjoy reading and the PR sold it to me with her enthusiasm so I will pop this on my shelves and come to it when I fancy something judicial.

▴
Sometimes, you just have to celebrate good news with books. And so, I did. What books have you bought or rented from the library recently? If you'd like to scroll through all of my book blog posts then you can. Or, alternatively, you could just flick through my book hauls instead.