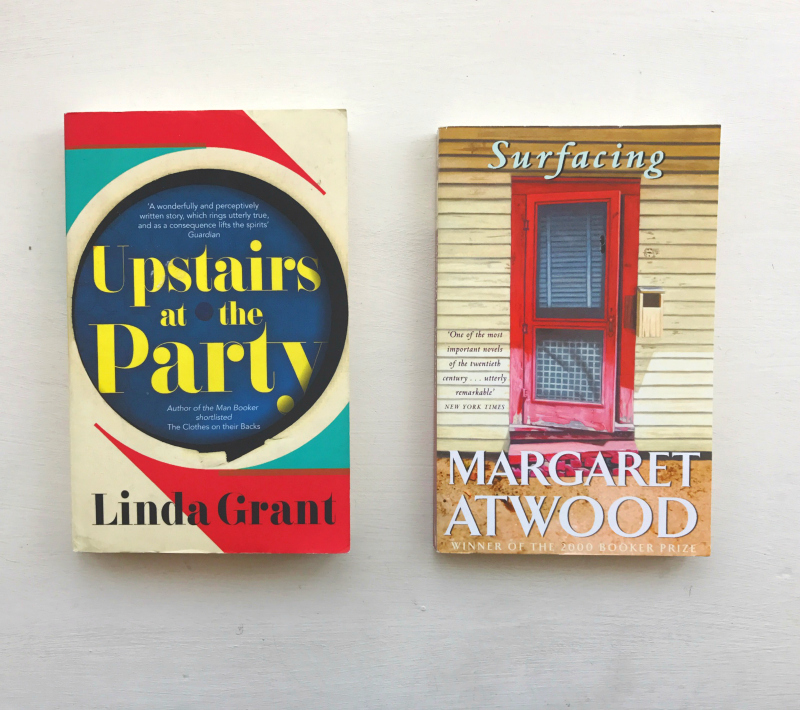 Last month, I took myself up town for an hour or so just to get out of the house. A lot of the time I feel fatigued and sore but there does come a point where I just need to see new faces and fill my face with bakery pastry, y'know?! I went round the charity shops in the hopes of finding summer clothes that I could afford but, naturally, I came back with two books instead.

In May I bought two secondhand books, one by an author I have read previously and one that I picked up on a whim. 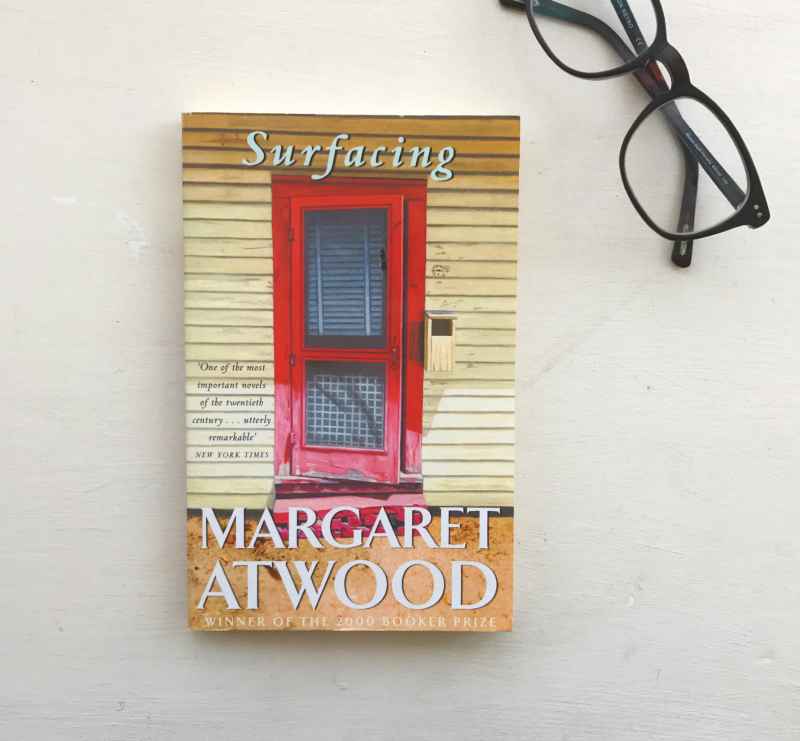 surfacing by margaret atwood (1972)
Part detective novel, part psychological thriller, Surfacing is the story of a young woman who returns to northern Quebec, to the remote island of her childhood, with her lover and two friends, to investigate the mysterious disappearance of her father. Flooded with memories, she begins to realize that going home means entering not only another place, but another time. As the wild island exerts its elemental hold and she is submerged in the language of the wilderness, she discovers that what she is really searching for is her own past.

I read Atwood's Oryx and Crake back in 2014 and enjoyed it, calling it a 'sobering study of human arrogance'. However, I have yet to read any of her other novels, despite also owning The Handmaid's Tale and being 50% sure that I read Cat's Eye in Sixth Form, so when I saw this on the shelf for a mere pound I thought I'd buy it and save it for a summer's afternoon.

Since Surfacing was only her second novel, it'll be interesting to see what her writing style was like before she was renowned for her piercing speculative fiction. A fair few things grab me about the plot, the wild setting in particular. I'm going to try and read this soon. 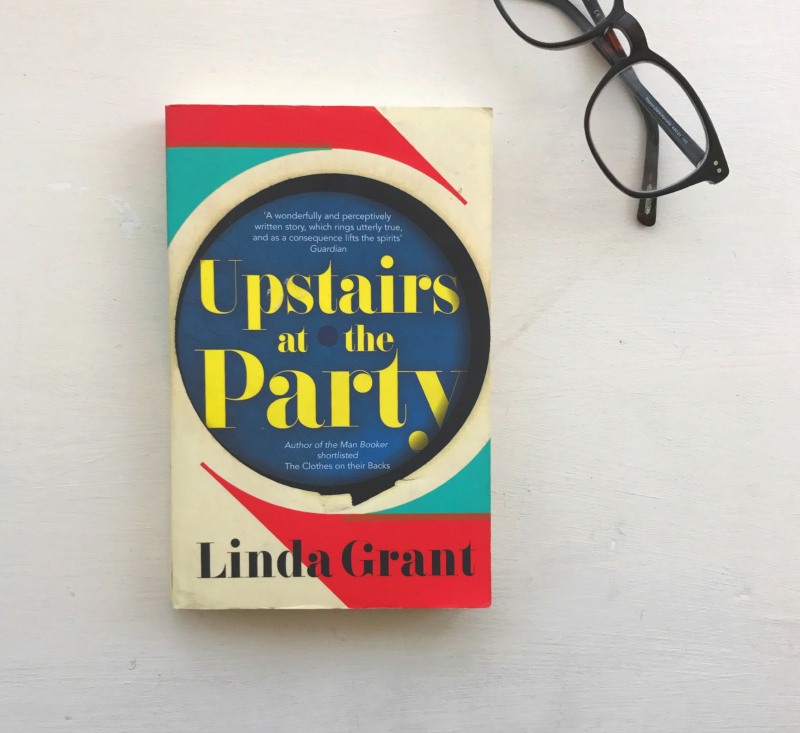 upstairs at the party by linda grant (2014)
In the early Seventies a glamorous and androgynous couple known collectively as Evie/Stevie appear out of nowhere on the isolated concrete campus of a new university. To a group of teenagers experimenting with radical ideas they seem blown back from the future, unsettling everything and uncovering covert desires. But the varnished patina of youth and flamboyant self-expression hides deep anxieties and hidden histories. For Adele, with the most to conceal, Evie/Stevie become a lifelong obsession, as she examines what happened on the night of her own twentieth birthday and her friends' complicity in their fate. A set of school exercise books might reveal everything, but they have been missing for nearly forty years. From summers in Cornwall to London in the twenty-first century, long after they have disappeared, Evie/Stevie go on challenging everyone's ideas of what their lives should turn out to be.

Linda Grant was on my radar due to her latest novel, The Dark Circle, being on the shortlist for this year's Bailey's Prize for Women's Fiction so when I spied this on the shelves I decided to see what it was about. Obsession, talks of a campus, a story told over several decades, I'm all over it.

▴
I love a little secondhand bookshopping - so therapeutic and it makes book buying accessible to me. What books have you bought or rented from the library recently? If you'd like to scroll through all of my book blog posts then you can. Or, alternatively, you could just flick through my book hauls instead.


This post features affiliate links. If you buy the books through the links I've provided I'll receive a 5% commission to put back into the blog.
Labels: 2017 books