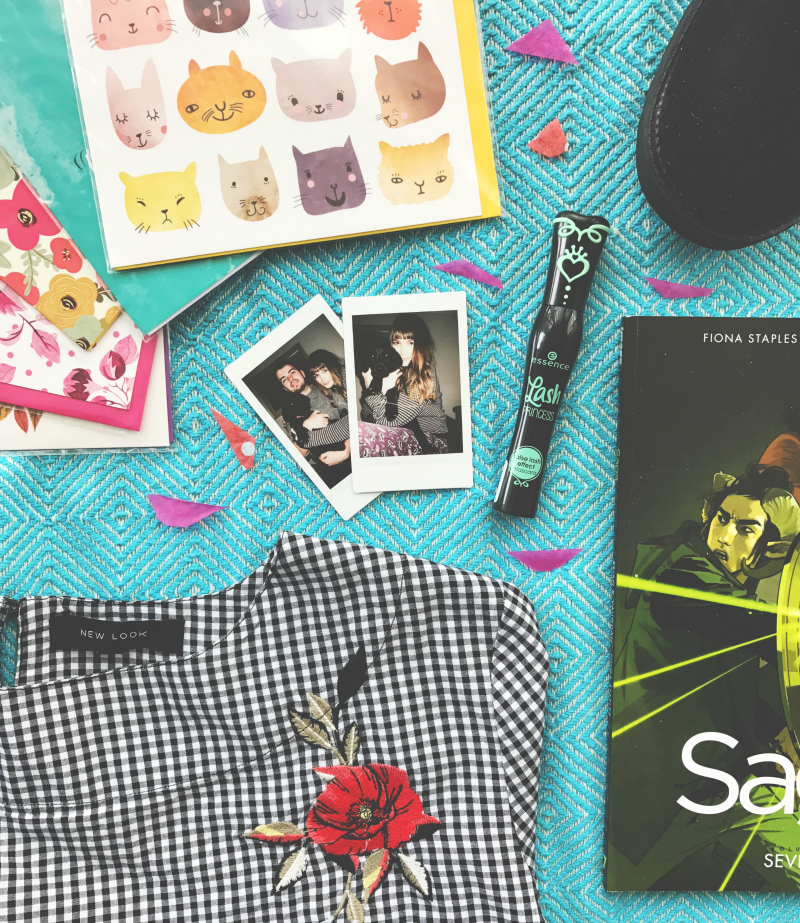 We are now in May and I am not okay with that fact! The months have, as per usual, shot by and I still feel like I should be sat somewhere in January trying to get my life together before Spring. A hectic month raising a teeny pup and dealing with chronic pain and fatigue meant that I didn't really get things done in April. I want to change that this month. I need to change that this month. Before I wallow for too long, lets look back at April as I ponder my monthly favourites.

In April, I was coveting some new releases, new additions to my wardrobe and family time. What featured in your April monthly favourites? ..,she says into the void. 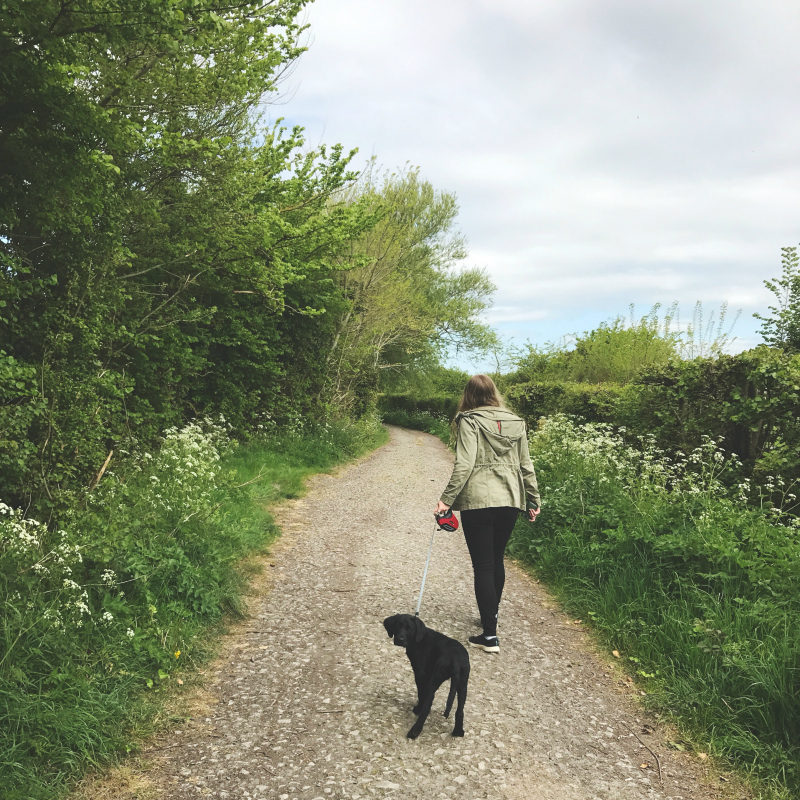 *always looking back for her Mama!

Poppy was able to start going for walks, following her vaccinations, just a couple of weeks ago and since then she has been relishing her time outdoors. She kisses every new dog that she meets, bounces around the fields like a little lamb and has demanded everyone's attention. She has been to the field, along the country lanes and has even ventured to the beach alongside Woody and Jessie. It has been really fun to see her learn more about the world, particularly when she stumbles across animals she hasn't met before. I'm talking cows and horses!

I can't wait until she's a little more car-friendly so we can take her on walks a little further afield. Until then, you'll find us bouncing around the park looking for cute new dogs to meet. 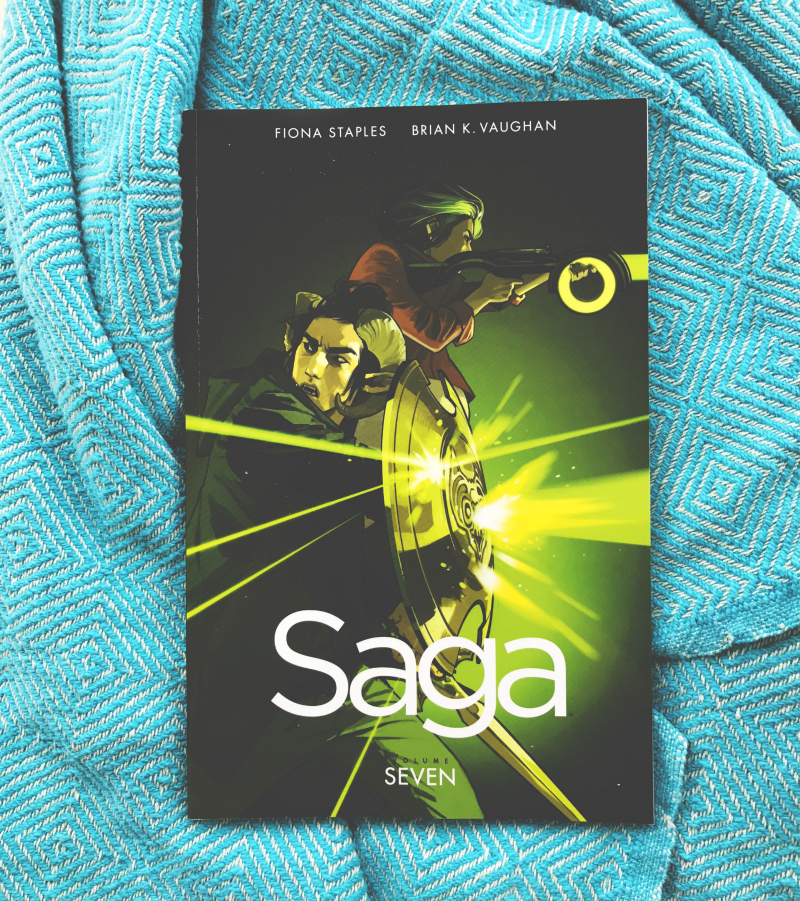 THE RETURN OF SAGA

Saga volume 7 was finally released and, as ever, I bought it as soon as it came into the world. I won't say too much here, as I'll save it for my monthly book review post, but this volume was hard hitting. Even moreso than usual.

If you're looking to get into comics but aren't sure where to start, Saga is a great place to begin. Each volume is fast paced and full of stunning artwork, punchy dialogue and excellent world building.

HARD TIMES
Paramore are back with a new look and bouncy sound and I, for one, am here for it. Sticking to their new catchy-pop kinda vibe, think Still Into You and Ain't It Fun off the self-titled album, Hard Times sees Zac's return to the band after a long time away. A lot of people, who perhaps prefer the All We Know Is Falling, Riot! and Brand New Eyes eras, are not digging this new incarnation and I can understand that, because it is a departure, but luckily I happen to love it. I'm looking forward to seeing what else the new album, After Laughter, holds. If Hard Times is anything to go by, I'm going to be putting it on repeat.

I'm also happy to report that my crush on Hayley Williams is still going strong twelve years down the line. 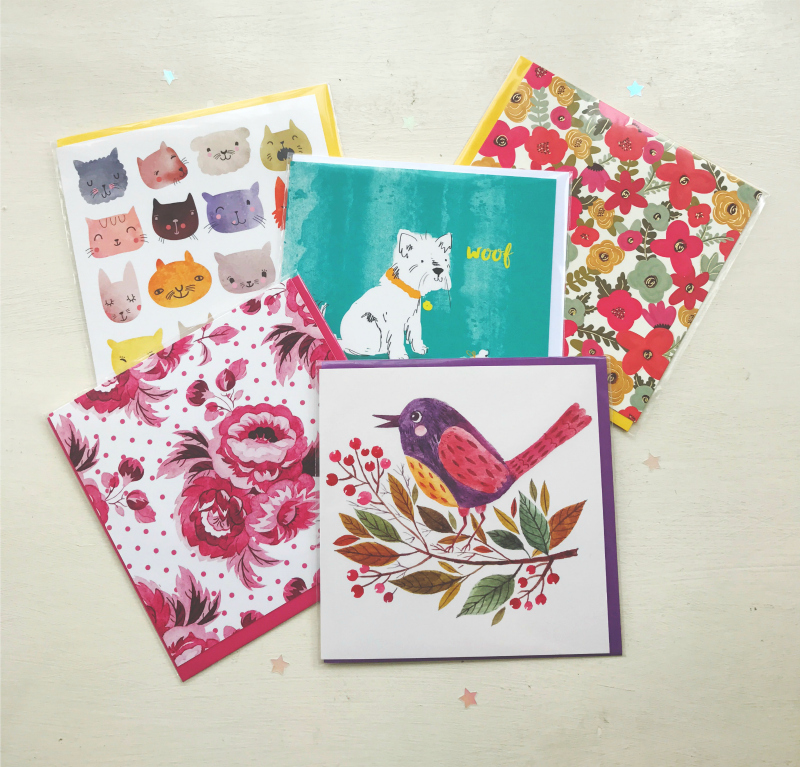 I'm always writing cards to my Grandma so when Mum dragged me into a card shop earlier this month I thought I'd pick up a few to add to my stock. These colourful designs caught my eye and I was surprised to find that they were a mere 99p each! Yes, I was so pleased to find beautiful card designs that were also affordable to me that I went and put them in a favourites post. Rock 'n' Roll.

They're made my Art Market Cards, if you're interested. 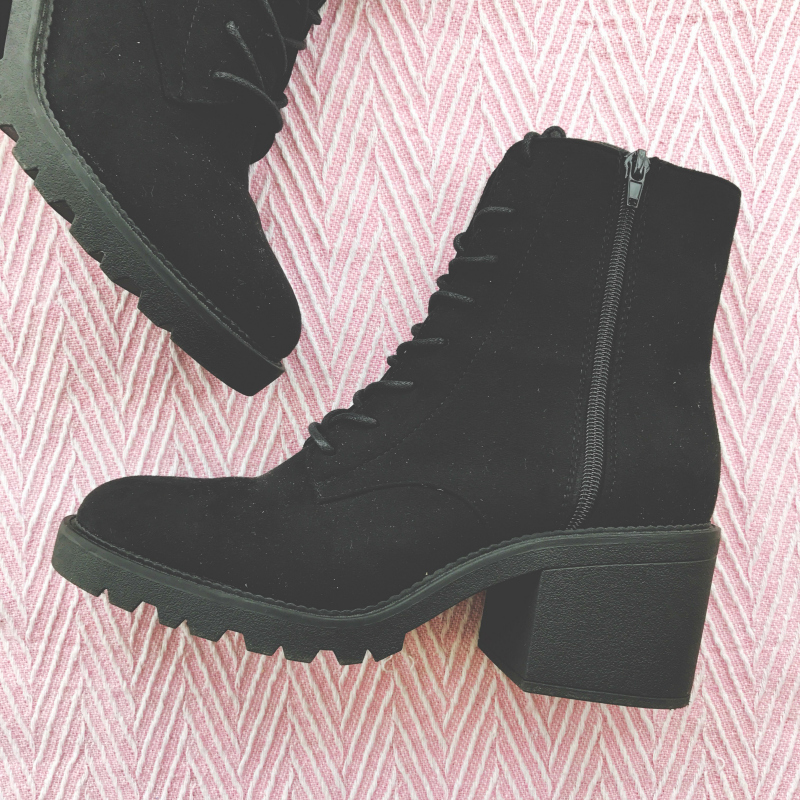 I ruined my old ankle boots running around after Poppy so I needed to buy a new pair that would see my through social occasions outside of the house. I opted for the RANA boots from ASOS and after a month of wearing them out and about, I am happy to report that I love them. I'm not one for going full-femme with my outfits, preferring to team a dress with a heavier boot or jacket, and this pair help to toughen up whatever I'm wearing. They're also extremely comfortable and accommodate my big-feet-but-tiny-ankles which is a near miracle. 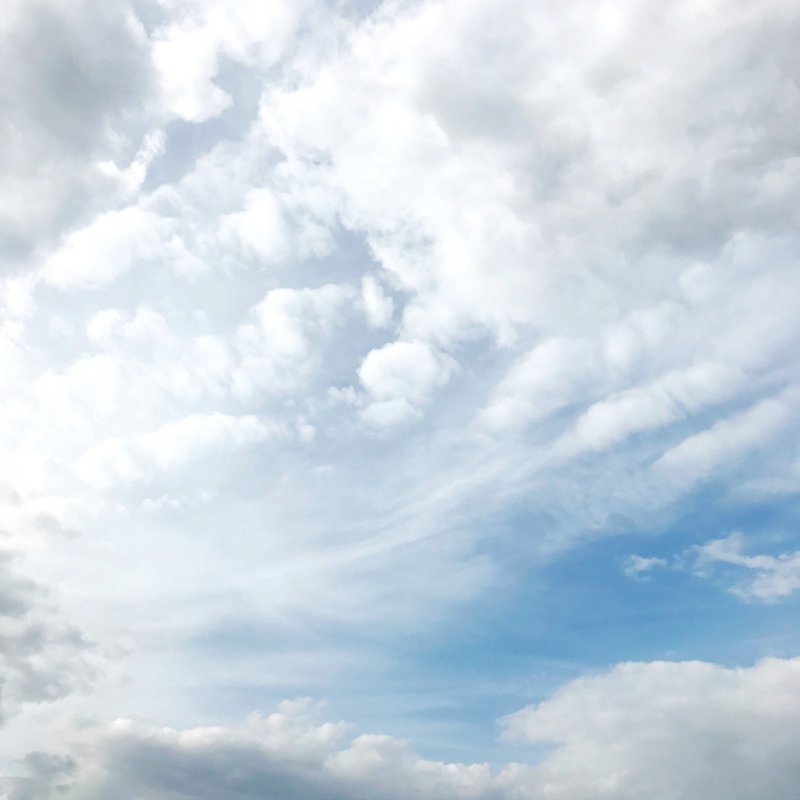 I feel a bit silly saying how much I've been enjoying the 'better weather' this month because as I\type this the rain is beating down on the conservatory roof but, nevertheless, April did bring sunny days and they were so welcome. We were able to lounge in the garden, construct a windbreak maze to keep Poppy in the shade, and had our first BBQ of the year. I also ate ice-cream from the tub and lathered on suncream like it was going out of fashion.

Let's hope that sunny weather returns soon so I can cross some more things off my spring and summer manifesto... 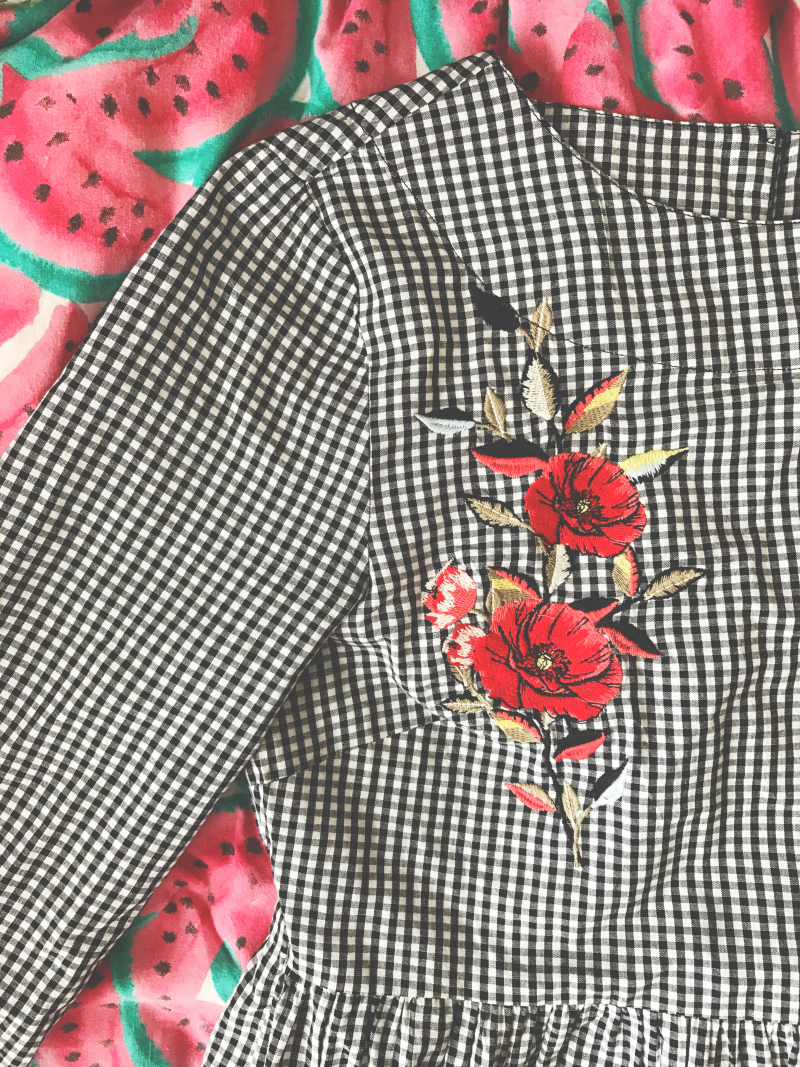 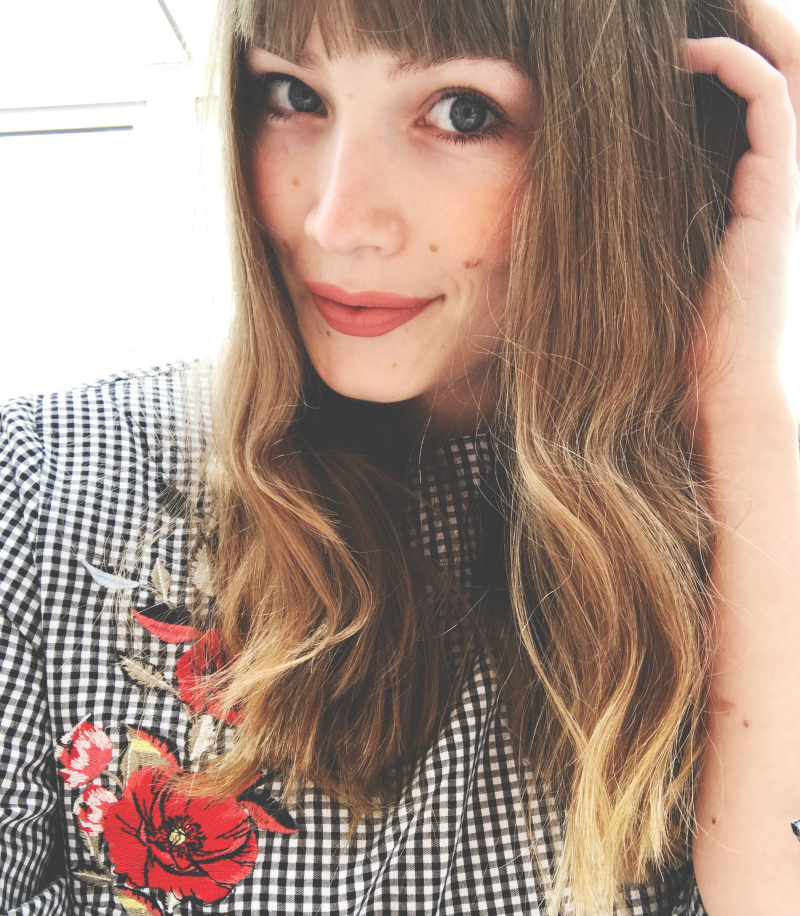 I saw this gingham New Look dress on Twitter and it felt apt for me to own something with poppies as a focal point so I bought it. I wore it to a few social things this month, including a meal to celebrate our engagement and a 21st birthday party, and it felt really comfortable to wear. The detail makes it look like you've put more effort in to your look that you actually have and, pals, IT HAS POCKETS. What a dream!

I have been pairing it with my new boots, nude matte lip, loose waves and my faux-leather biker jacket for a more me look. 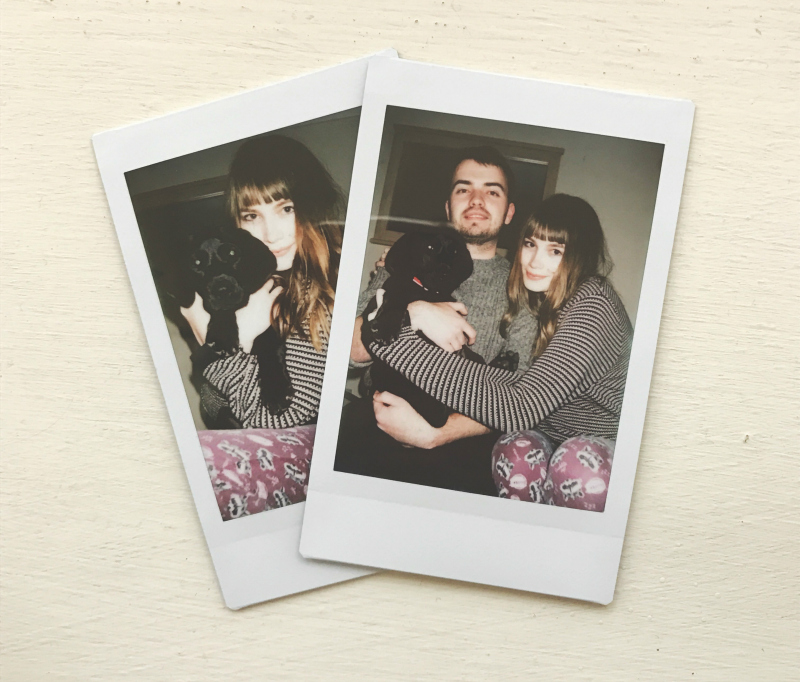 FAMILY SNAPS
We tried to take a nice family photograph together but I'm the least photogenic person on Earth so it just wasn't happening. Later that day, however, once I'd got into my comfy baggy pjs and taken off my make-up, I decided to ask my sister to take a couple of relaxed family instant photographs and I was very happy with the results. They're more us, for sure.

I love having little instant photographs to flick through, particularly as I only really bring that camera out for my most favourite moments that I want to capture and hold in my hand there and then. 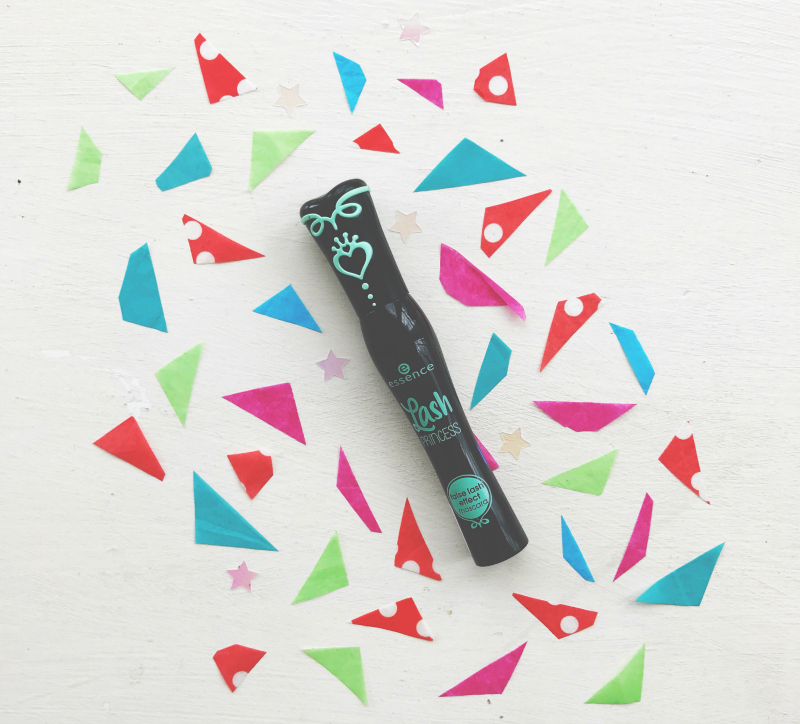 I've decided to try and go cruelty-free with my make-up, where animal testing is concerned, because I don't wear a lot of it and I figured it's the right thing to do. I'm aiming to buy from companies that don't use animal testing, making sure their parent companies also don't take part in it. It's a learning curve so I'm not expecting to get it right every time to begin with but I'm going to give it a go. I will be using up the make-up I already have because I don't have the money to replace everything straight up.

I took to Twitter to ask for animal cruelty-free mascaras, as that was the first product I used up, and everyone seemed to speak highly of Essence False Lash Effect so I made a note to pick it up when I was next in a town with a Wilko. At £3.30, I was more than happy to give it a go. I have used this a fair few times this month and I have to say I am loving the results. It separates my lashes, making me appear more bright-eyed, and doesn't clump. I'll definitely be re-purchasing this in the future. 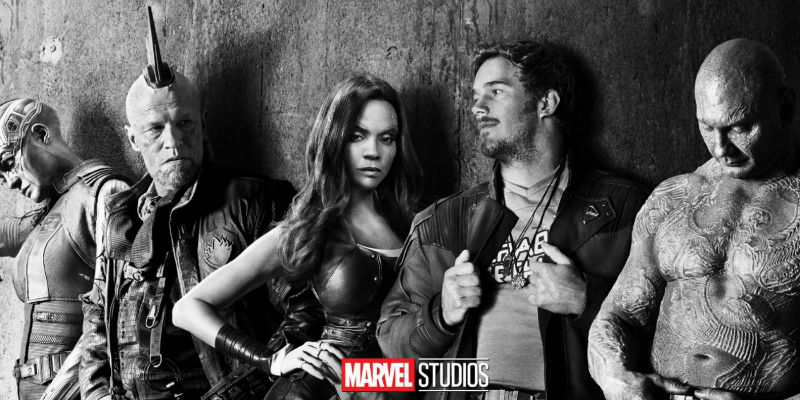 GUARDIANS OF THE GALAXY VOL. 2

I went to see the latest Guardians film yesterday and I am happy to report that it was  a lot of fun. There were a couple of things that I was a bit meh towards, like the re-occurring and entirely unnecessary disabled joke that Rocket seems to make and I was a bit over the will-they won't-they tension between Gamora and Peter. But, for the most part, I really enoyed this film. It's the most innovative and creative film in the MCU so far and it felt infinitely re-watchable. Baby Groot tho, pals!

If you're into the Marvel films, this is a must-see.

+ THINGS OF NOTE
• Bethany's interview with Bustle was wonderful - 'A Body Project: Bethany Rutter on her Belly'
• Charlie has started doing couple portraits. She has just taken a break but keep an eye out. Her artwork is stunning!
• Swapping social media for newsletters - ft. some recommendations
• Mercedes shared some recommendations for books on girlhood
• Ella released her new collection of stunning floral vases
• This Is My Life Now - Rosie's ability to write beautiful creative non-fiction always blows me away
• Christiana's cover of dodie's 'Sick of Losing Soulmates' absolutely floored me. I want to marry her and her voice.
• How 'body positivity' lost its true and radical meaning. Bethany was on fire this month!
• How ebooks lost their shine