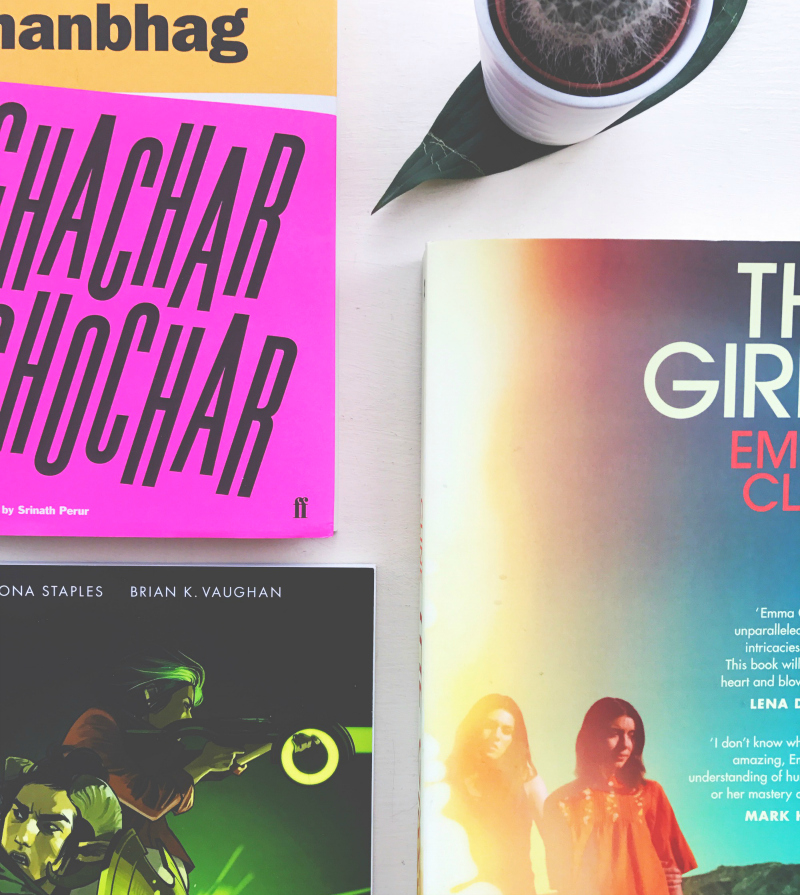 I have been slack with my reading of late. I've not been in the right headspace and I think it's kind of making me a bit miserable. I'm hoping to turn that around by the end of the year but first lets discuss what I managed to turn my attention to in April!

Last month, I read the latest installment in my favourite comic series, last summer's 'it' novel and a newly translated novella. 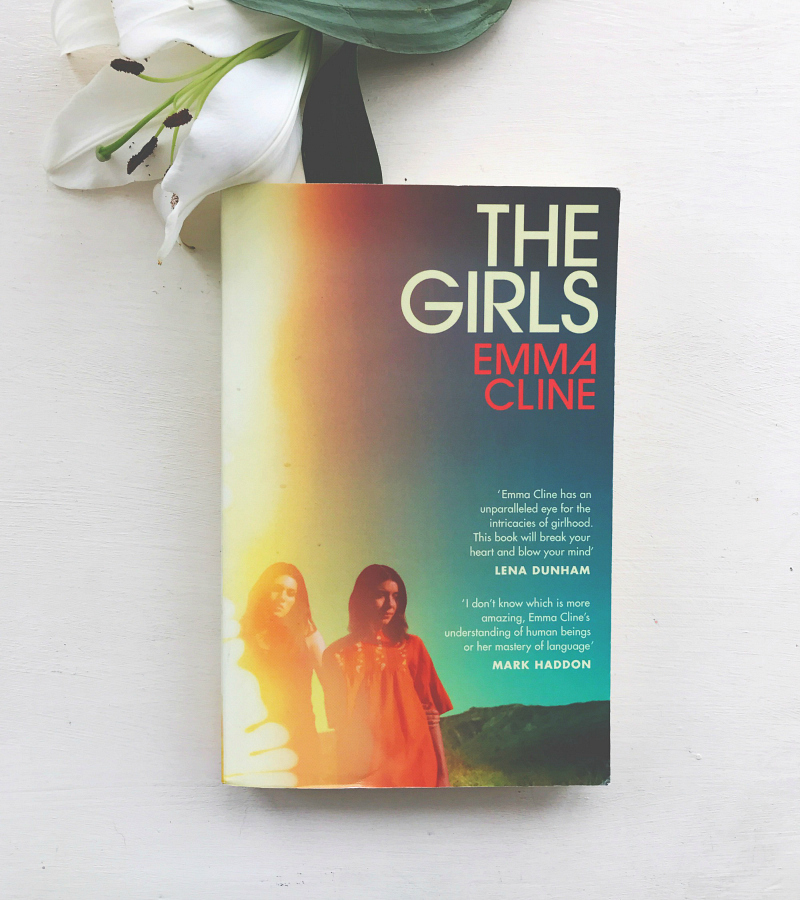 THE girls by emma cline (2016)
FINISHED: 05/04/17 | PAGES: 355  | ISBN:1784740446
Evie Boyd is desperate to be noticed. In the summer of 1969, empty days stretch out under the California sun. The smell of honeysuckle thickens the air and the sidewalks radiate heat. Until she sees them. The snatch of cold laughter. Hair, long and uncombed. Dirty dresses skimming the tops of thighs. Cheap rings like a second set of knuckles. The girls. And at the centre, Russell. Russell and the ranch, down a long dirt track and deep in the hills. Incense and clumsily strummed chords. Rumours of sex, frenzied gatherings, teen runaways. Was there a warning, a sign of things to come? Or is Evie already too enthralled by the girls to see that her life is about to be changed forever?

The Girls had been lounging around on my TBR shelf for an entire year waiting for a spot of sunshine so, naturally, when the first few Spring rays hit my face I pawed at it and read it in a few days. This character-driven kinda coming-of-age novel is now available in paperback so you can expect to see it in everyone else's hands too!

I wasn't entirely sure what to expect from this novel, wondering whether its focus would be girlhood or be more centered on wild cult life. It was most definitely the former. Cline, with the lilting poetry of her writing style, captured the frantic desperation of teenhood and the awakening of a million and one desires and curiosities that comes with it. You do even begin to feel intoxicated by the heavy sun and sour stench of the ranch. However, I did have a few qualms with this novel.

I did find, in particular, that the plot was a little thin on the ground in places, which could either be down to a pacing issue or just the fact that Cline seems to be more comfortable when it comes to poetics which rely a little less on action. I'm also not entirely sure how much present day Evie brought to the story. I understand why she was included, to counterbalance the naivety of youth and to frame the story, but she ultimately became a distraction. It also served to emphasise just how peripheral younger Evie was too. She told a story but the bigger, maybe slightly more interesting, story wasn't hers to tell. This meant the end, for me, felt a little rushed and anti-climatic.

Weirdly though, despite those issues, I didn't ever find myself struggling to read on. I found The Girls to be compulsively readable and I guess that's down to how delicious I found the writing style...which I imagine will be too saccharine for some. I would recommend this, regardless.

Approach this as a coming of age tale, albeit one in extreme circumstances, and you'll get something from it. If you're looking for a fictionalised account of cult life, maybe opt for something else. California by Edan Lepucki is a good, criminally underhyped, shout.

This is Cline's debut novel. I'm intrigued to see what she writes next. 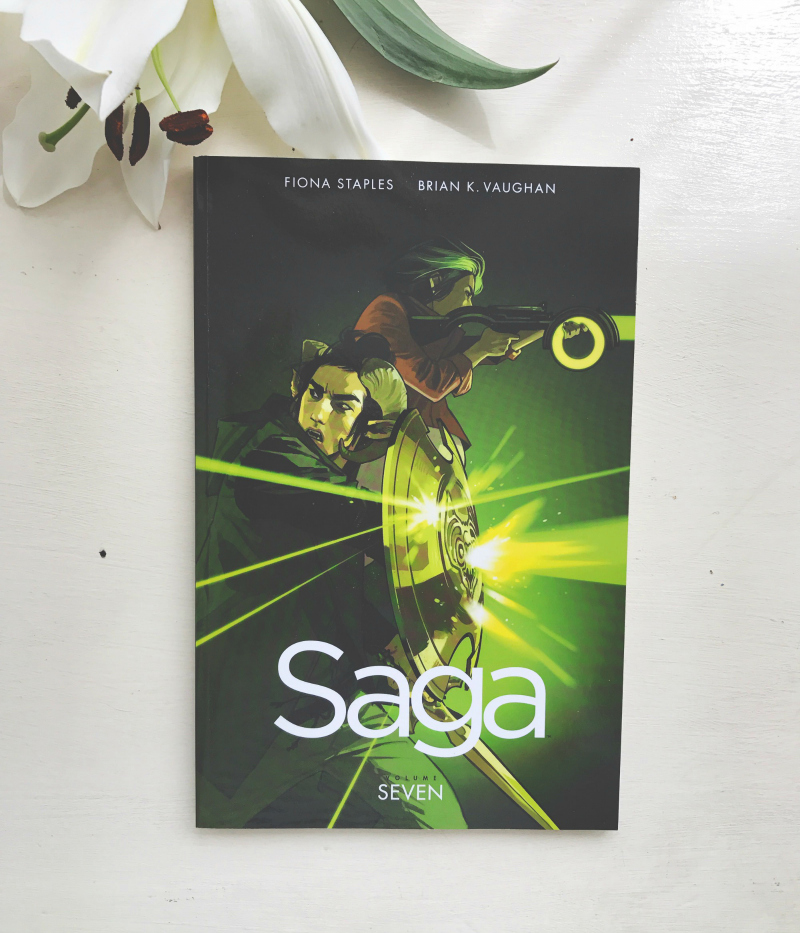 Saga is my absolute favourite comic series so I was already coming to this volume with high hopes and levels of enthusiasm that are otherwise unseen in my day-to-day life. Volume 7 had everything I have come to love about this series: the mindfuckery, the creativity, the bold humour and the stunning panels by Staples, and then some.

This volume was particularly heart-wrenching because it was more insular than usual. Saga has always been about identity and otherness and war and what it means to be running from conflict and the place you once called home, but this installment really honed in on the brutal reality of home falling away from you. It was heavy. It was all-consuming. It had passion oozing from every page. 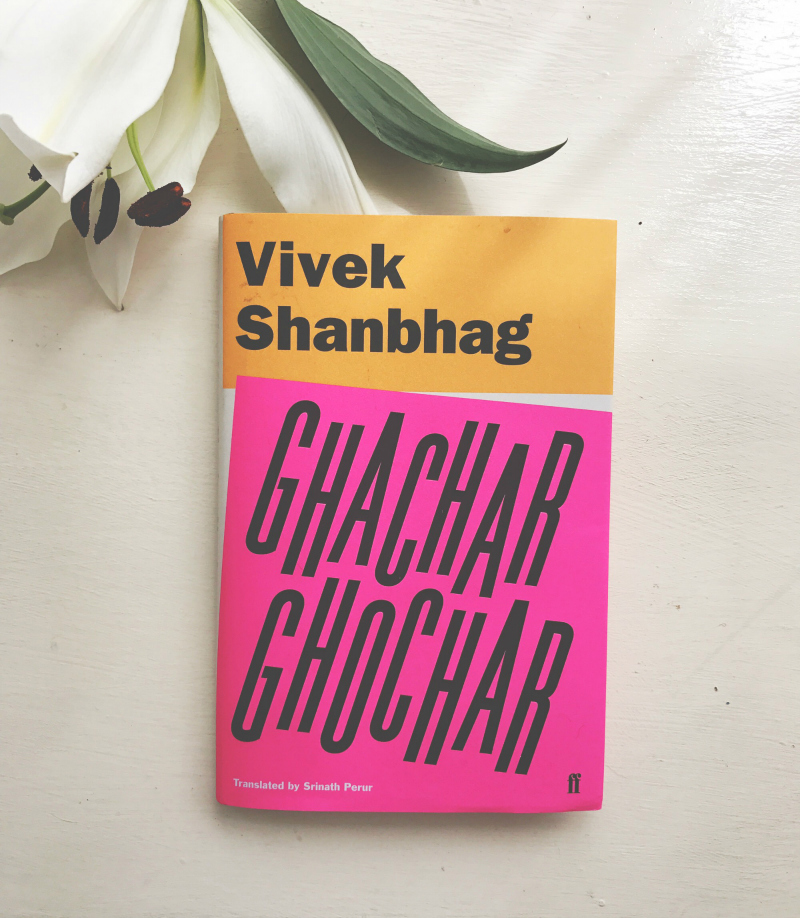 ghachar ghochar by vivek shanbhag* (2017)
FINISHED: 28/04/17 | PAGES: 192  | ISBN: 0571336078
A close-knit family is delivered from near-destitution to sudden wealth after the narrator's uncle founds a successful spice company. As the narrator - a sensitive young man who is never named - along with his sister, his parents, and his uncle move from a cramped, ant-infested shack to a larger house and encounter newfound wealth, the family dynamics begin to shift. Allegiances and desires realign; marriages are arranged and begin to falter; and conflict brews ominously in the background. Their world becomes 'ghachar ghochar' - a nonsense phrase that, to the narrator, comes to mean something entangled beyond repair.

This newly translated novella kept popping up on social media so I requested a copy for review and then read it as soon as it hit the doormat. Shanbhag is seemingly one of those authors whose writing feigns simplicity when it's actually working extremely hard and managing to be highly nuanced. Every detail is carefully considered and serves to create characters and a depiction of middle-class India that lives well beyond its 100 or so pages.

As someone who comes from a tight immediate family, I loved how Shanbhag explored the ways in which families often work as an entity - where an observation about a family member naturally trails into that of another and how that intense level of closeness suggests loyalty, yes, but also supplies you with the ammo to hurt the most.

Ghachar Ghochar was incredibly tight, from its well-timed anecdotes to its exploration of lives turned 360 by the pull of new money, but, for me, its biggest strength comes in how unassuming it seems and, in turn, how delicately it delivers its final blow. Haunting stuff.


I haven't got a lot of spare time at the moment, between my daily existential crisis and watching Poppy's every move, so I only want to try and tick a couple of books off of my TBR list during May. 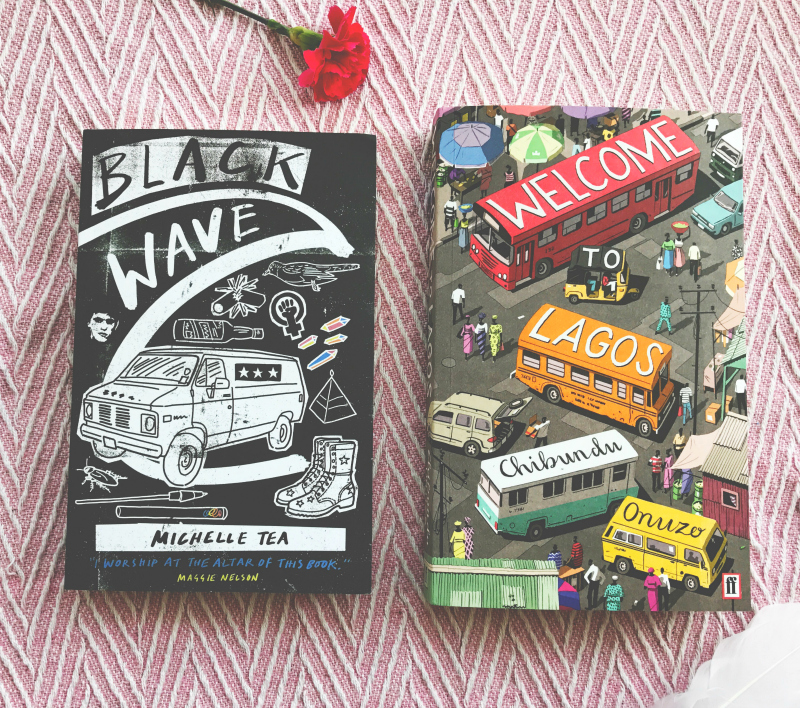 BLACK WAVE BY MICHELLE TEA
I featured this in last month's TBR but didn't manage to get round to it so Black Wave is being dragged out again in the hope that I will find some sun-drenched days for it. The blurb sounds so me. I really hope it delivers.


welcome to lagos by chibundu onuzo*
I've so very nearly finished this (edit: editing Bee has finished this so you can expect to find it in a book review post next month) so this should be an easy one to tick off!

▴
Aaaand that's what I read in the month of April and what I hope to read by the end of this month. What did you read?  As always, if you have a bit of spare time, you can stick around and scroll through all of my book blog posts. Or, alternatively, you could just flick through my book reviews instead.

Links to books are affiliate links. If you don't fancy any of these books but would still like to use my link to purchase some books with, please use my general Book Depository link. Thanks, pals! Books marked with an asterisk were sent to me by the publisher for an honest review.