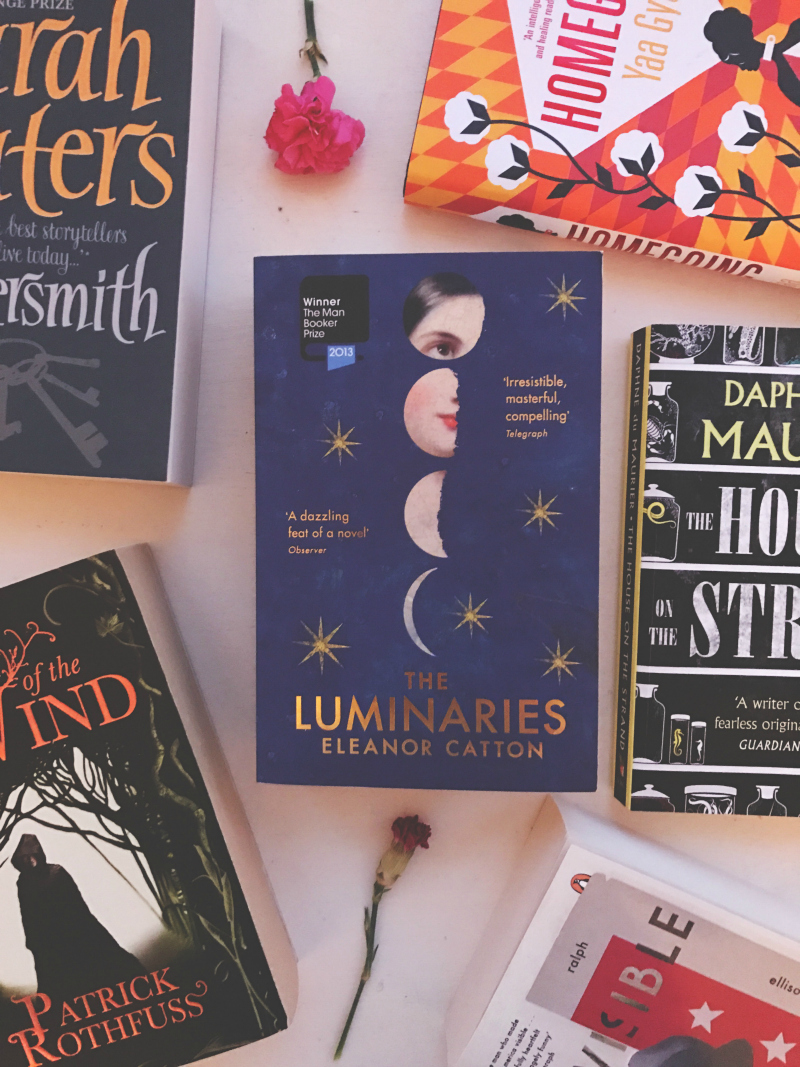 Mercedes recently shared a video in which she predicted what unread books on her shelves she felt she would, inevitably, award five stars. I thought it was really interesting how we, as readers, get to a point where we can intuitively pick out books that we will absolutely  adore so I decided to hop on board and refer to my own shelves. I have picked out six titles that I have an inkling will be at least four star reads for me. We will see over the coming months, possibly years, as to whether I was right!

If you'd like to speak up for one of the following books and encourage me to read it sooner rather than later, drop me a comment or a tweet! 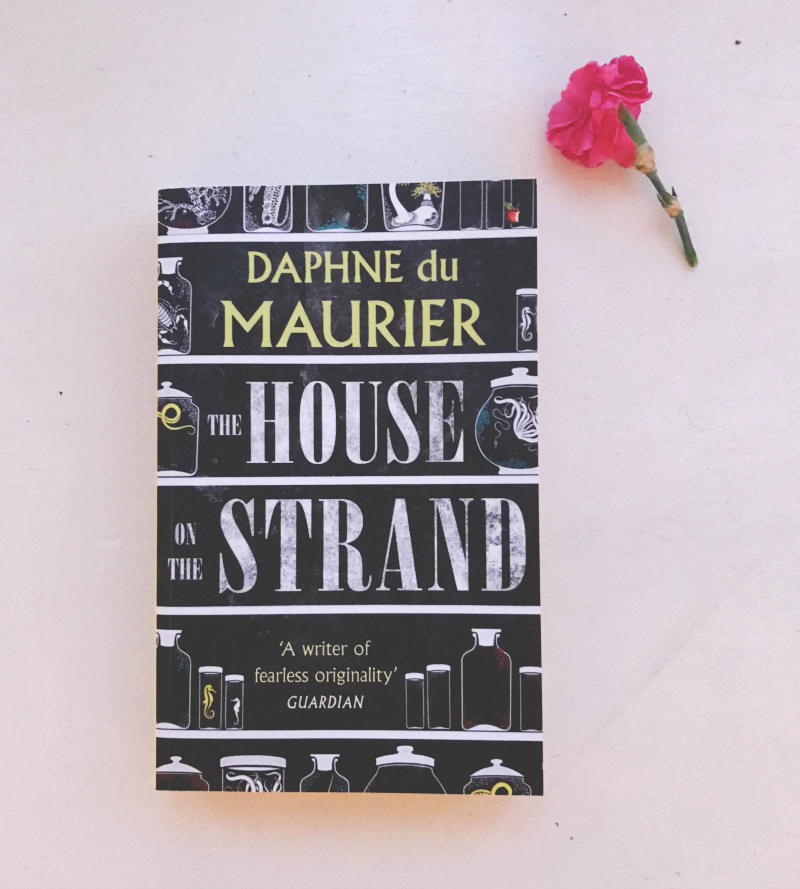 THE HOUSE ON THE STRAND BY DAPHNE DU MAURIER
In this haunting tale, Daphne du Maurier takes a fresh approach to time travel. A secret experimental concoction, once imbibed, allows you to return to the fourteenth century. There is only one catch: if you happen to touch anyone while traveling in the past you will be thrust instantaneously to the present. Magnus Lane, a University of London chemical researcher, asks his friend Richard Young and Young's family to stay at Kilmarth, an ancient house set in the wilds near the Cornish coast. Here, Richard drinks a potion created by Magnus and finds himself at the same spot where he was moments earlier—though it is now the fourteenth century. The effects of the drink wear off after several hours, but it is wildly addictive, and Richard cannot resist traveling back and forth in time. Gradually growing more involved in the lives of the early Cornish manor lords and their ladies, he finds the presence of his wife and stepsons a hindrance to his new-found experience. Richard eventually finds emotional refuge with a beautiful woman of the past trapped in a loveless marriage, but when he attempts to intervene on her behalf the results are brutally terrifying for the present.

I spend a huge chunk of my time on this here blog gushing over Daphne du Maurier so it's probably no surprise that one of her books has made it onto this list. Her writing style is all-absorbing and right up my street. I have given everything I've read by her at least four stars - Jamaica Inn, Rebecca, Frenchman's Creek and The Rendezvous (and Other Stories)  - so statistically I should really enjoy this too.

I currently have four unread du Maurier titles on my shelves, three novels and one short story collection, but I think I'll opt for The House on the Strand next. Crumbling houses on the coast, time travel, marriage problems - what is not to love?! I'm probably going to reach for this at the end of the year when everything is cold and brooding because those are peak du Maurier conditions. 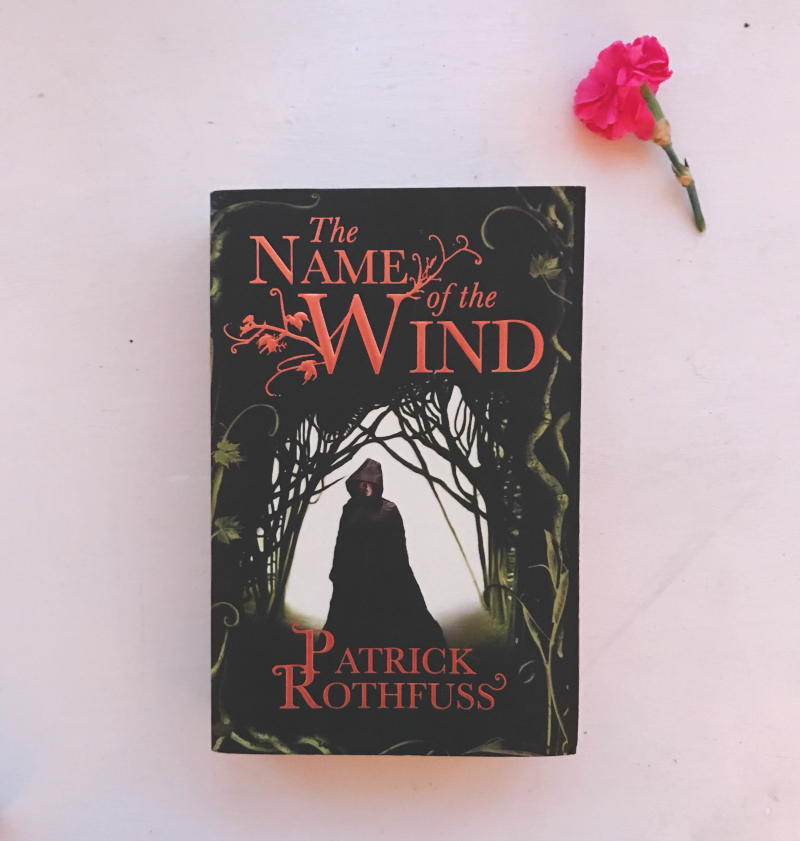 THE NAME OF THE WIND BY PATRICK ROTHFUSS

Told in Kvothe's own voice, this is the tale of the magically gifted young man who grows to be the most notorious wizard his world has ever seen. The intimate narrative of his childhood in a troupe of traveling players, his years spent as a near-feral orphan in a crime-ridden city, his daringly brazen yet successful bid to enter a legendary school of magic, and his life as a fugitive after the murder of a king form a gripping coming-of-age story unrivaled in recent literature.

Okay, this might be a bit of an odd choice because I'm not crazy about fantasy, in fact it's not really something I reach for at all, but the promise of adventure here grabs me. It's a bit of a chunkier book so, naturally, it has been sat on my shelf for quite a few years now but I think I'll be fully on board with it once I get started. I love the idea of following this magically gifted kid, especially as it has been a fair few years since I last read the Potter novels, and the internet seems to hold this series in high regard. I might give this a go over summer, perhaps, whilst reclined on a comfy chair in the sunshine. We'll see. I may give this a go when I next attempt the Try A Chapter tag. Will I enjoy this even though fantasy isn't my usual fare?! 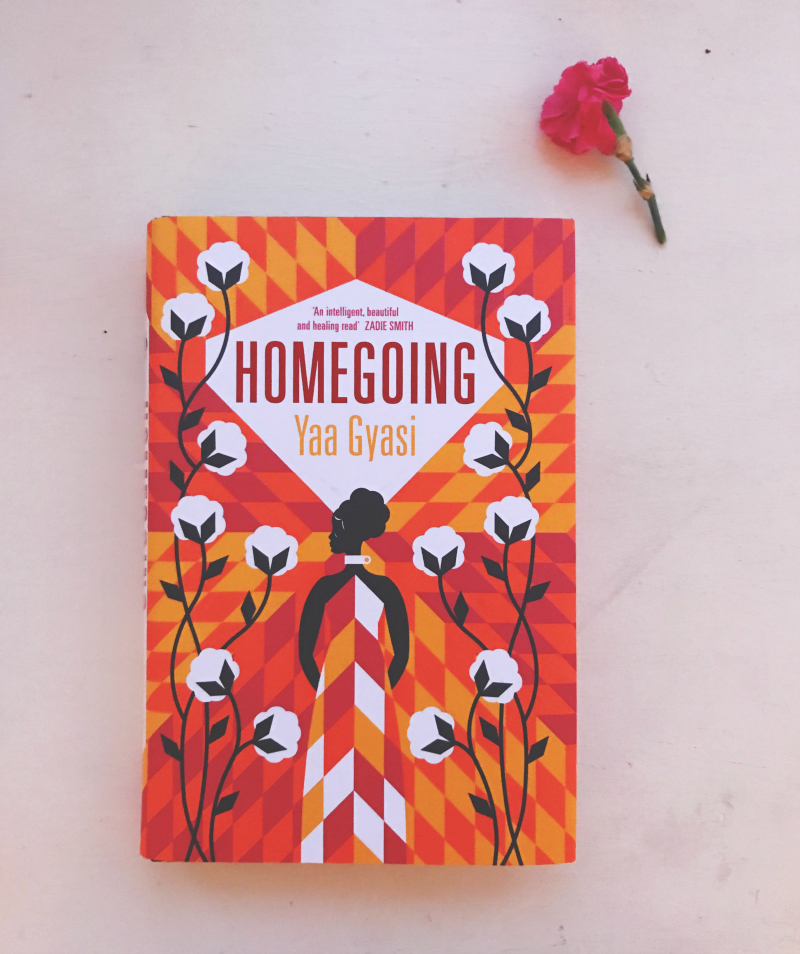 HOMEGOING BY YAA GYASI*
Effia and Esi: two sisters with two very different destinies. One sold into slavery; one a slave trader's wife. The consequences of their fate reverberate through the generations that follow. Taking us from the Gold Coast of Africa to the cotton-picking plantations of Mississippi; from the missionary schools of Ghana to the dive bars of Harlem, spanning three continents and seven generations, Yaa Gyasi has written a miraculous novel - the intimate, gripping story of a brilliantly vivid cast of characters and through their lives the very story of America itself.

Homegoing has taken the bookish world by storm this year and I have been a bit drawn in by the hype, I must admit. I have heard nothing but excellent things about this novel. I am so into the blurb - from the focus on sisterhood to the fact that it's a multi-generational narrative.

If Gyasi pulls it off, I think I could adore this. 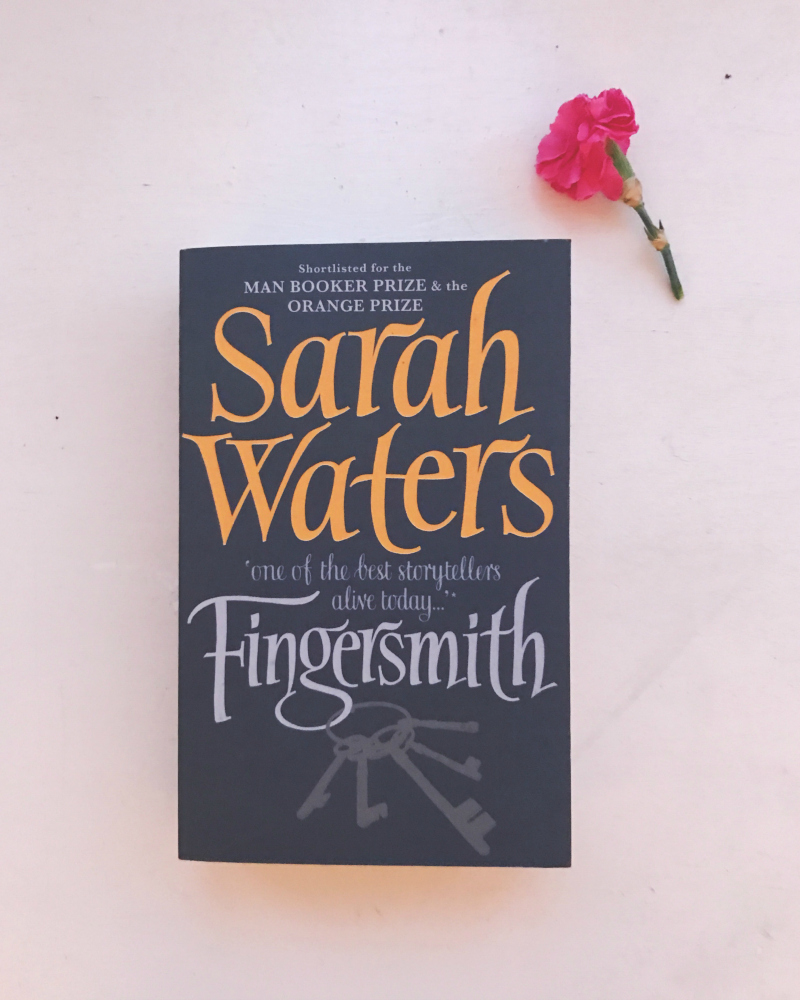 FINGERSMITH BY SARAH WATERS
Sue Trinder is an orphan, left as an infant in the care of Mrs. Sucksby, a "baby farmer." Mrs. Sucksby’s household also hosts a transient family of petty thieves--fingersmiths--for whom this house in the heart of a mean London slum is home. One day, the most beloved thief of all arrives--Gentleman, an elegant con man, who carries with him an enticing proposition for Sue: If she wins a position as the maid to Maud Lilly, a naïve gentlewoman, and aids Gentleman in her seduction, they all will share in Maud’s vast inheritance. With dreams of paying back the kindness of her adopted family, Sue agrees to the plan. Once in, however, Sue begins to regret her decision.

Again, if you've been here a while, you'll know that I happen to adore Sarah Waters. Well, I've loved the two novels that I've read from her so far, those being Tipping The Velvet and The Little Stranger, and it has been enough for me to instil a great amount of trust in her. A lot of people say that Fingersmith, her third novel, is her best and their favourite so I've got extremely high hopes! I mean, I gave both of the Waters' novels that I've read five stars so...

Orphans, thieves, regrets - there's a lot going on here but I have every faith in Waters' ability to write some of the most captivating stories I've ever read. 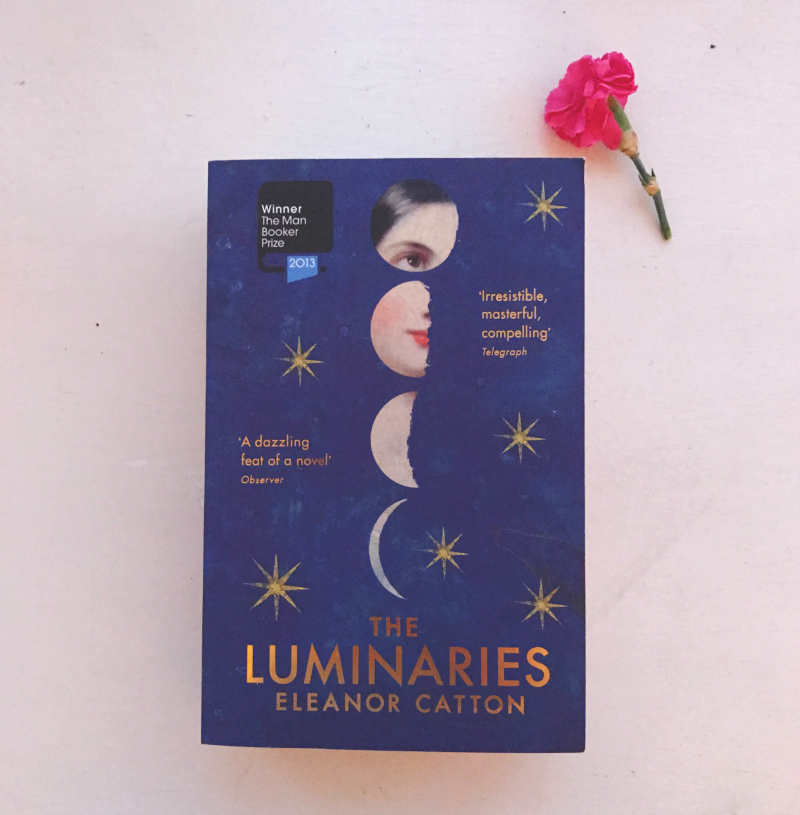 THE LUMINARIES BY ELEANOR CATTON
It is 1866, and Walter Moody has come to make his fortune upon the New Zealand goldfields. On arrival, he stumbles across a tense gathering of twelve local men, who have met in secret to discuss a series of unsolved crimes. A wealthy man has vanished, a whore has tried to end her life, and an enormous fortune has been discovered in the home of a luckless drunk. Moody is soon drawn into the mystery: a network of fates and fortunes that is as complex and exquisitely patterned as the night sky.

The Luminaries is a sprawling novel, with multiple timelines and characters and stories that intertwine, and I am so into that. I love a bit of mystery and I feel like this could offer me it by the bucket load. I'm not very good at reading longer books so I, again, think I may read the first bit for a Try A Chapter tag post in order to lure myself in! Everyone that has given this book a chance seems to have really enjoyed it so it should be worth the hours. 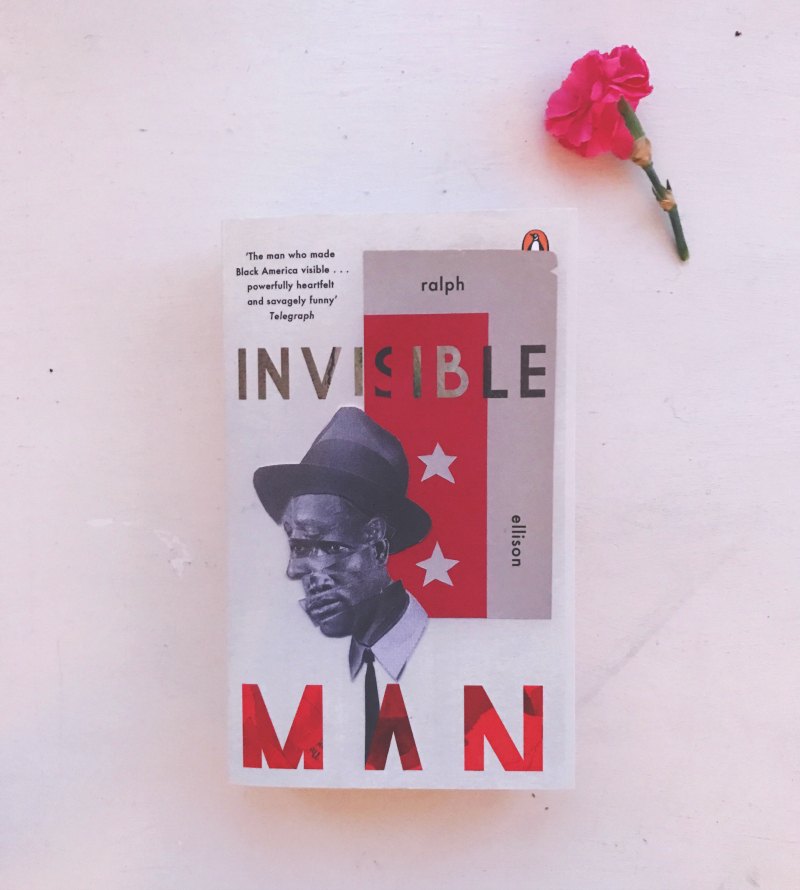 THE INVISIBLE MAN BY RALPH ELLISON
Defeated and embittered by a country which treats him as a non-being, the 'invisible man' retreats into an underground cell, where he smokes, drinks, listens to jazz and recounts his search for identity in white society: as an optimistic student in the Deep South, in the north with the black activist group the Brotherhood, and in the Harlem race riots. And explains how he came to be living underground . . .

The Invisible Man is a classic that has inspired and continues to inspire storytellers to this day. It has won multiple awards, including the National Book Award, and received great critical acclaim. I'm not usually one to seek out books that have been met with such esteem, per se, but it suggests that I'll be in safe hands with Ellison.

That blurb, though?!  It sounds incredible! It's another longer book, at over 500 pages, so I'll read it over a few sittings when I do eventually find time for it but I just have this gut feeling that it'll be so so worth it.

Those are some of the unread books that I own, haven't read but think I will really enjoy. If you've read them, leave your thoughts below! Maybe suggest which one I should reach for first! Do you think there are books on your shelves that you will absolutely love? What ones? If you want to stick around for a bit, catch up on my book blog posts.

*Books marked with an asterisk were sent to me by the publisher for review purposes.