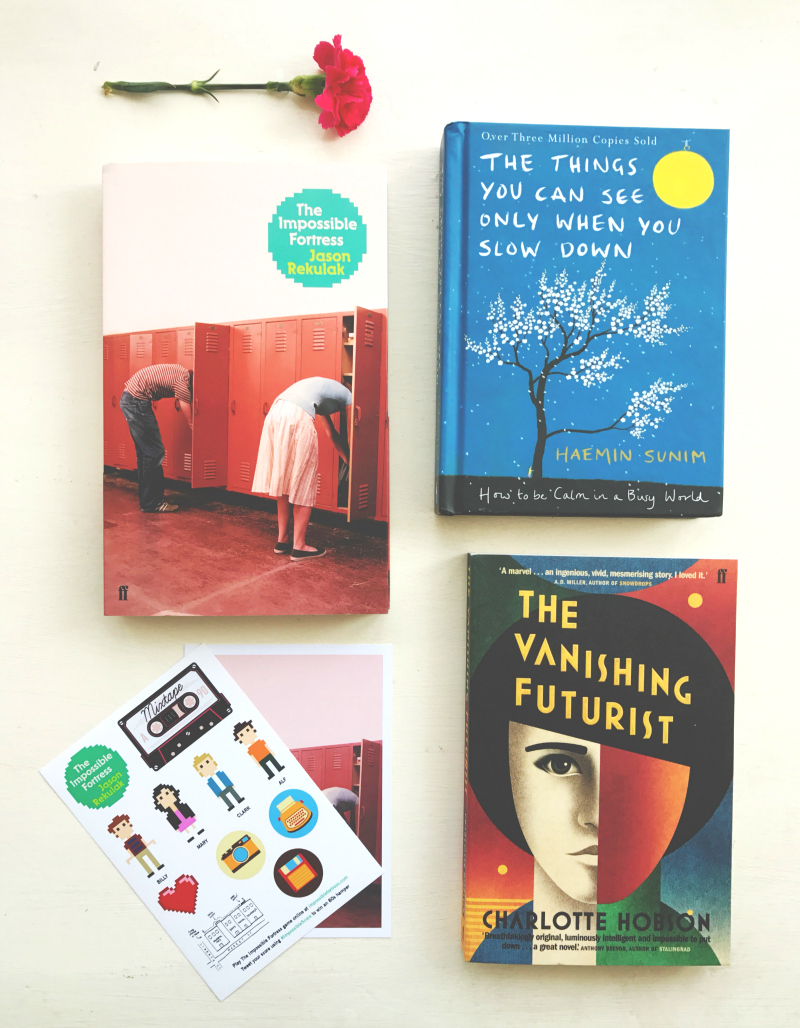 I unconsciously restrained myself in March and didn't end up buying any books out of my own pocket. I did, however, receive a few books from publishers: one that I requested, one that I was recommended and one that I received unsolicited. 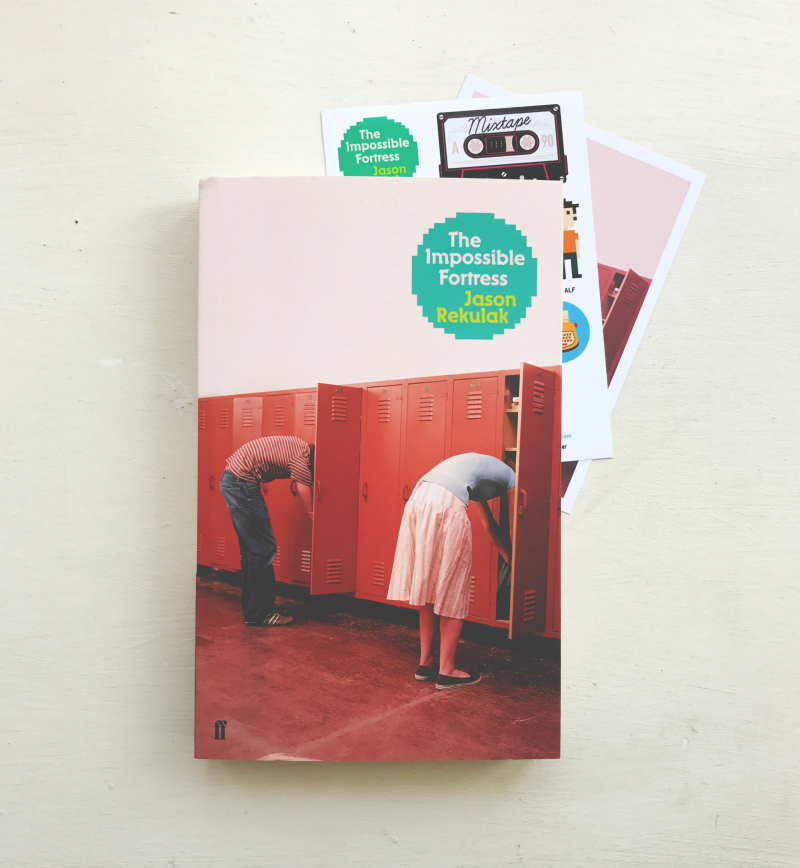 THE IMPOSSIBLE FORTRESS BY Jason rekulak*
It's 1987. Billy Marvin, the tallest boy in ninth grade, has just witnessed history. Wheel of Fortune presenter Vanna White is on the cover of Playboy. Billy and his friends, Alf and Clark, know that if they can get hold of the magazine, their world will change. Forever. But as Billy says, 'No shopkeeper in America was going to sell Playboy to a fourteen-year-old boy.' As they set out on their mission to find the most wanted images in America, they're blissfully unaware of the dangers, dramas and garbage dumpsters that lie ahead. And of how a girl called Mary might just change one of their lives. Forever.

The people at Faber messaged me asking if I would like a review copy of this title and, upon reading the blurb, I accepted. The bulk of my library consists of heavy and sad novels and this sounds like it could be a little lighter which is a welcome change, to be honest. I'm looking forward to the throwback vibes of 1987 and will be sure to pick it up when I'm looking for a little relief from emotional novels. I'm really into the cover, by the way. It is simple but captures nostalgia for a bygone era perfectly. 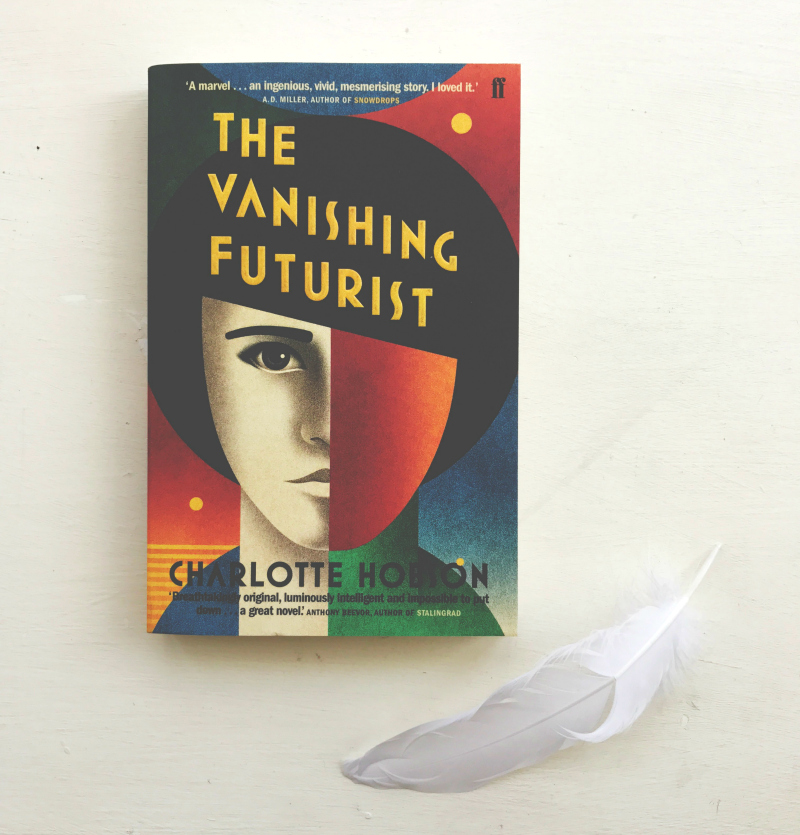 the vanishing futurist by charlotte hobson*
When twenty-two-year-old Gerty Freely travels to Russia to work as a governess in early 1914, she has no idea of the vast political upheavals ahead, nor how completely her fate will be shaped by them. Yet as her intimacy with the charismatic inventor, Nikita Slavkin, deepens, she's inspired by his belief in a future free of bourgeois clutter, alight with creativity and sleek as a machine. In 1917, revolution sweeps away the Moscow Gerty knew. The middle classes - and their governesses - are fleeing the country, but she stays, throwing herself into an experiment in communal living led by Slavkin. In the white-washed modernist rooms of the commune the members may be cold and hungry, but their overwhelming feeling is of exhilaration. They abolish private property and hand over everything, even their clothes, to the collective; they swear celibacy for the cause. Yet the chaos and violence of the outside world cannot be withstood for ever. Nikita Slavkin's sudden disappearance inspires the Soviet cult of the Vanishing Futurist, the scientist who sacrificed himself for the Communist ideal. Gerty, alone and vulnerable, must now discover where that ideal will ultimately lead.

I haven't seen anyone discuss this title which seems weird because that blurb stood out to me the minute I spied it in Faber's catalogue. I love a bit of dystopia and anything to do with cults so this should be an extremely worthwhile read for me. I'm popping it on the imminent side of my TBR shelf. Have you read this? Is it as good as it seems? 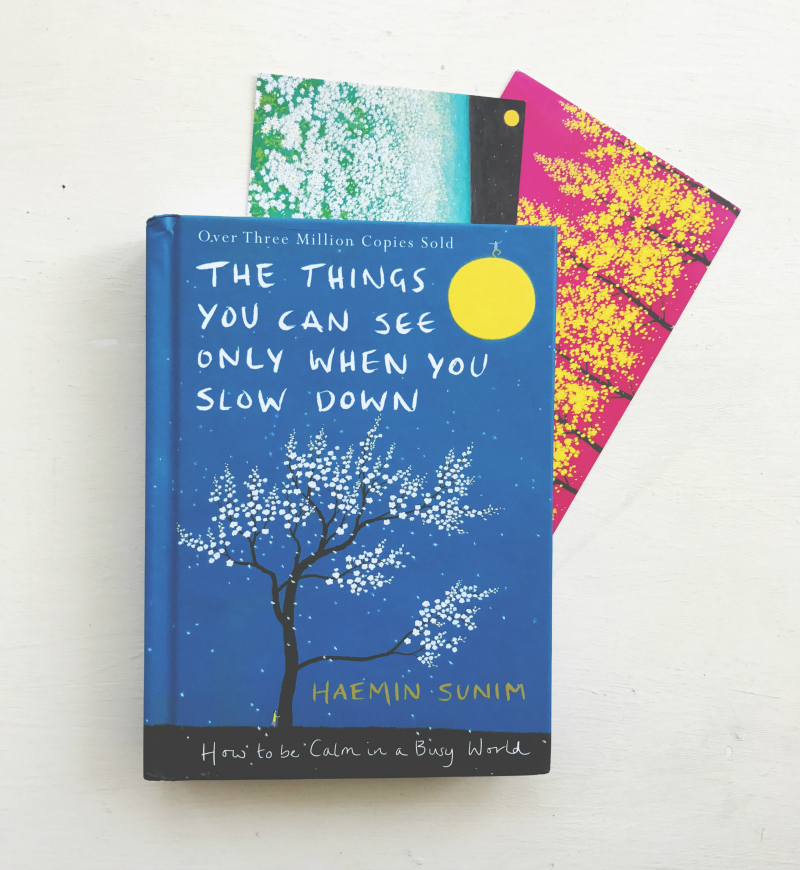 THE things you can see only when you slow down by haemin sunim*
The world moves fast, but that doesn't mean we have to. In this timely guide to mindfulness, Haemin Sunim, a Buddhist monk born in Korea and educated in the United States, offers advice on everything from handling setbacks to dealing with rest and relationships, in a beautiful book combining his teachings with calming full-colour illustrations. Haemin Sunim's simple messages - which he first wrote when he responded to requests for advice on social media - speak directly to the anxieties that have become part of modern life and remind us of the strength and joy that come from slowing down.

I'm not usually one for this kind of book but when I slipped it out of the envelope, albeit unsolicited, I was pleasantly surprised. It is beautifully published. There's no doubt about that. The illustrations elevate the simple philosophical messages on mindfulness and it makes for a nice balance. I'm looking forward to flicking through this of an evening if only for the stunning illustrations - those postcards are going to make perfect bookmarks! This would probably make a nice coffee table book or gift for a friend that needs to take the hint and sit down once in a while.

▴
A minimal book haul but a good one. What books have you bought or rented from the library recently? Anything you would recommend? If you'd like to scroll through all of my book blog posts then you can. Or, alternatively, you could just flick through my book hauls instead.


This post features affiliate links. If you buy the books through the links I've provided I'll receive a 5% commission to put back into the blog. *Books marked with an asterisk were sent to me for review purposes by the publisher.
Labels: 2017 books