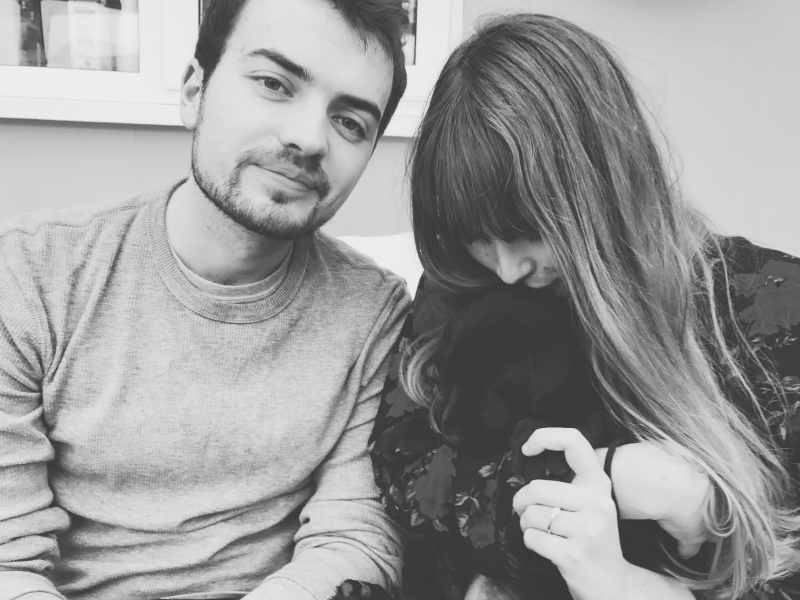 March has come to an end which means it is time for another look at my favourite things.

In March, I was coveting a newly released pop banger, quality time with one of my best friends and a couple of huge life changes! If you want to leave a selection of your own monthly favourites in the comments, you should definitely do so.

These have been a few of my favourite things over the past few weeks... 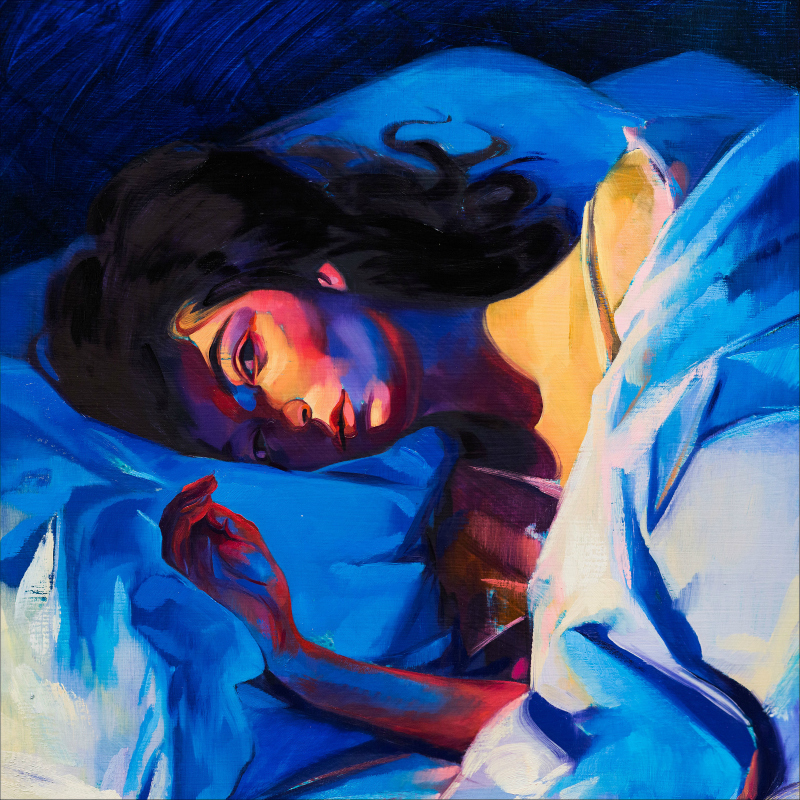 GREEN LIGHT BY LORDE
Here's the thing, right, I wasn't really big on Lorde...until now. Lorde, the 20 year old New Zealander that Bowie hailed the 'future of music', is back after a few years with a fresh new sound. Green Light is the perfect bounce-around-your-bedroom-in-your-new-lipstick kind of tune with shouty backing vocals and a cracking out-of-the-blue key change to boot. As I said, I wasn't much of a fan before this, because I hadn't really taken the time to check her stuff out beyond the singles, but I'm really invested in hearing more from the upcoming album. 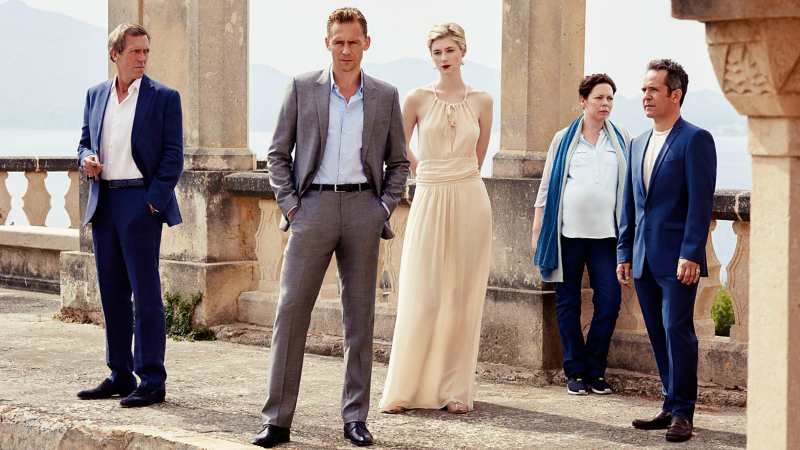 Luke bought the blu-ray as a gift for a family member so we thought we'd give it a watch once they were done with it. The Night Manager, based on the novel by John Le Carré, received rave reviews when it was released a few months back and I think I can see what all the fuss was about. The night manager of a Cairo hotel (played by Tom Hiddleston who I'm not a fan of but he was bearable in this) is recruited to infiltrate an arm's dealer's (Hugh Laurie) inner circle. It was only six episodes long but it was gripping, featured excellent performances from Colman and Hollander, and was incredibly tense until the end. Quite compelling drama. If you're looking for something to watch, give this a go. They're bringing it back for a second series and I'm intrigued to see where they will take the story beyond the source material. 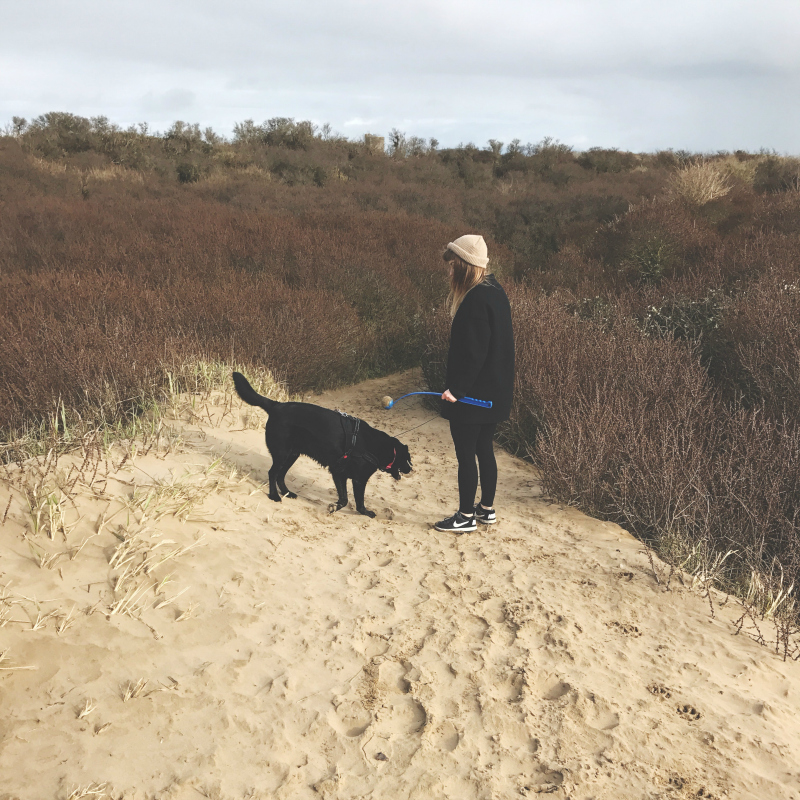 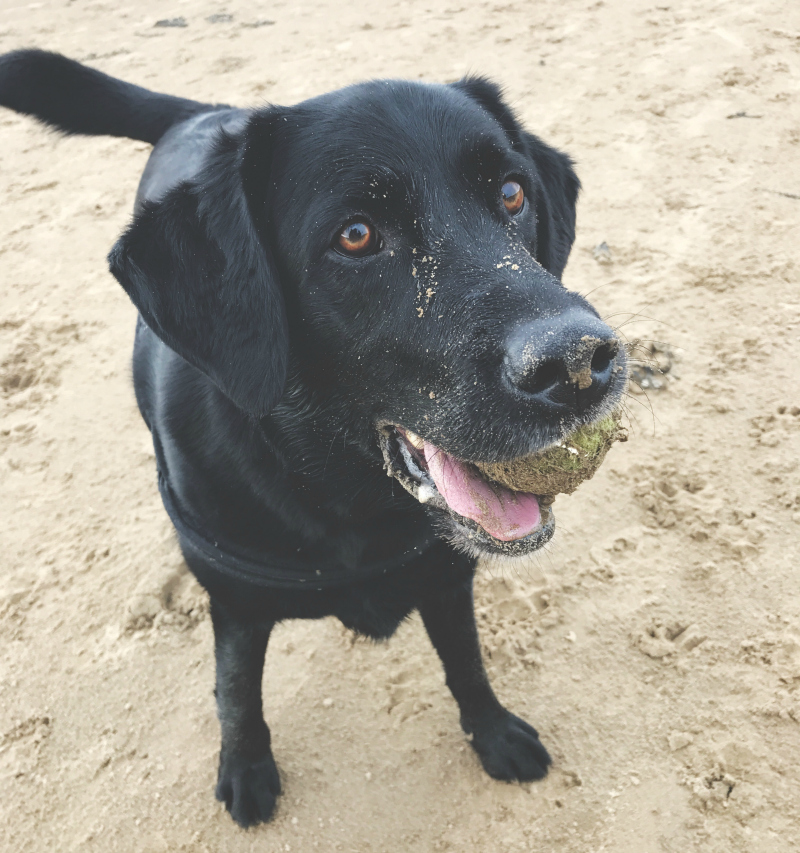 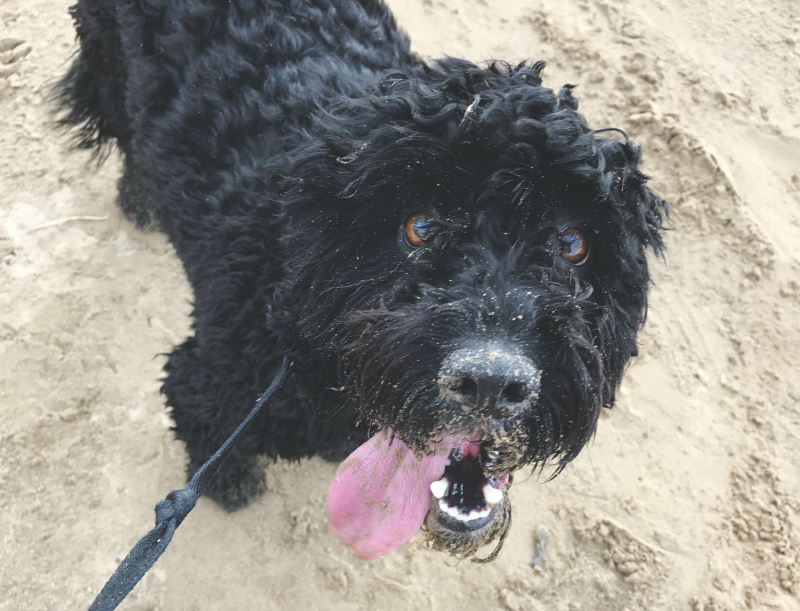 One of my best friends, Lyzi, came down to the cottage to meet the dogs for the first time and we had such a good afternoon. We made a classic but satisfying lunch, had a manic walk to the beach, got trolled by Jessie, gave the dogs lots of fuss and watched old episodes of Always Sunny. It was wonderful. 10/10. Would hang out with her again. 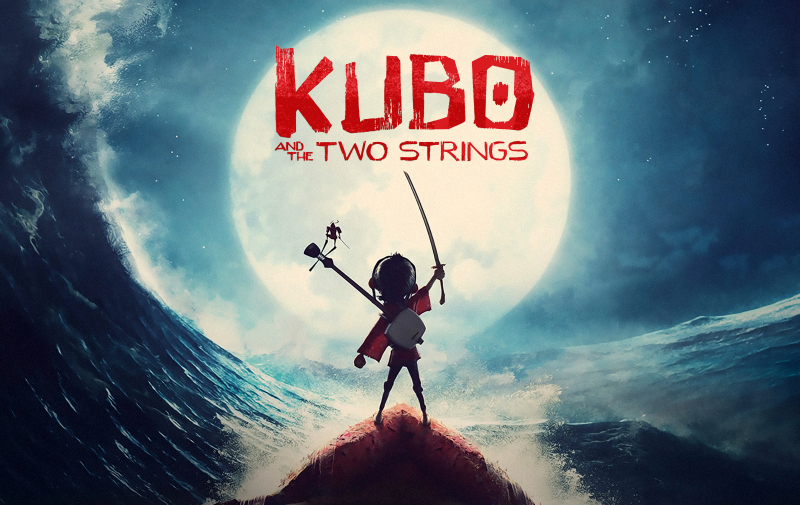 KUBO AND THE TWO STRINGS
We finally watched Kubo and the Two Strings after what felt like a lifetime of meaning to and it was SO GOOD. The film follows a young boy named Kubo who is on a quest to locate a suit of armour worn by his father in order to defeat a spirit. As much as I liked it though, I did have a real issue with the voice acting. I couldn't help but think about how much more special and appropriate it would've been if the main characters were voiced by Asian actors. Yes, the majority of the human characters are voiced by Asian actors but, in my opinion, the whole thing should've been. Nevertheless, this film is visually stunning and unlike the majority of animated films out there. 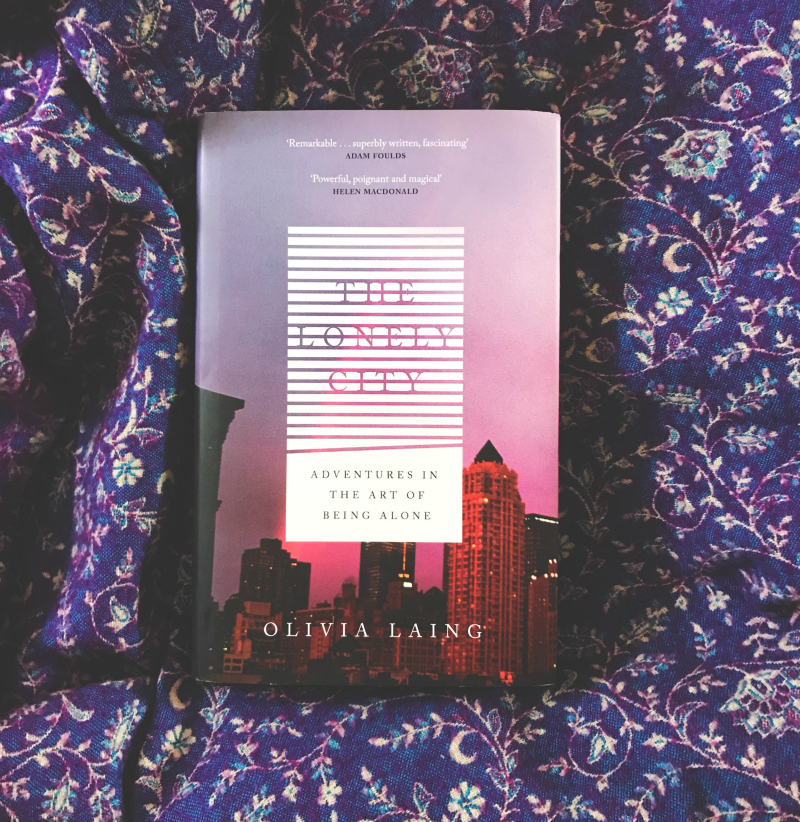 THE LONELY CITY BY OLIVIA LAING
I started reading The Lonely City this month, as per my TBR, and whilst I have yet to finish it, due to reasons that'll become clear later on, I have absolutely loved it so far.  The Lonely City looks at loneliness through the lens of the city and the art inspired by it. A lot of people were waiting for me to give this the thumbs up before they finally purchased it and, pals, I would wholeheartedly recommend it. Full review once I've finished it but...wow! 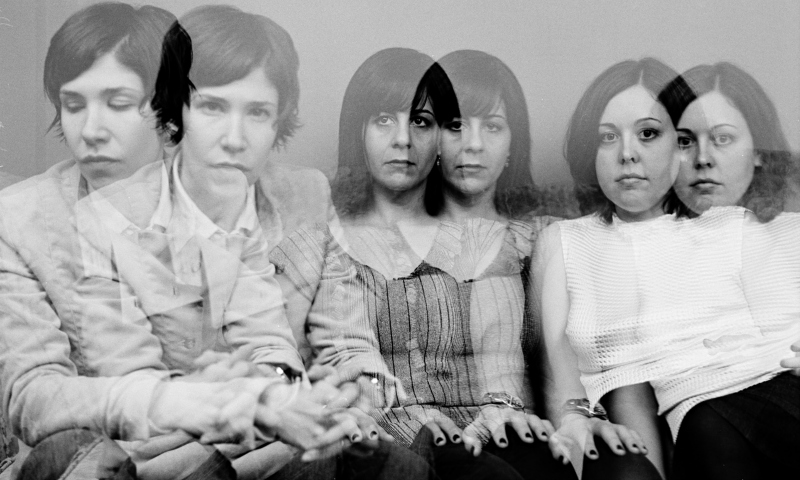 START TOGETHER - SLEATER-KINNEY
Isn't it funny how sometimes a song can pop up on your Spotify and you suddenly remember how great it is and then it ends up on repeat for about a week?! That's what happened with this Sleater-Kinney track from their 1999 album,'The Hot Rock'. I love the little guitar hook and, as with most of Sleater-Kinney's stuff, it has got a really excellent shoutable chorus. Heavenly. 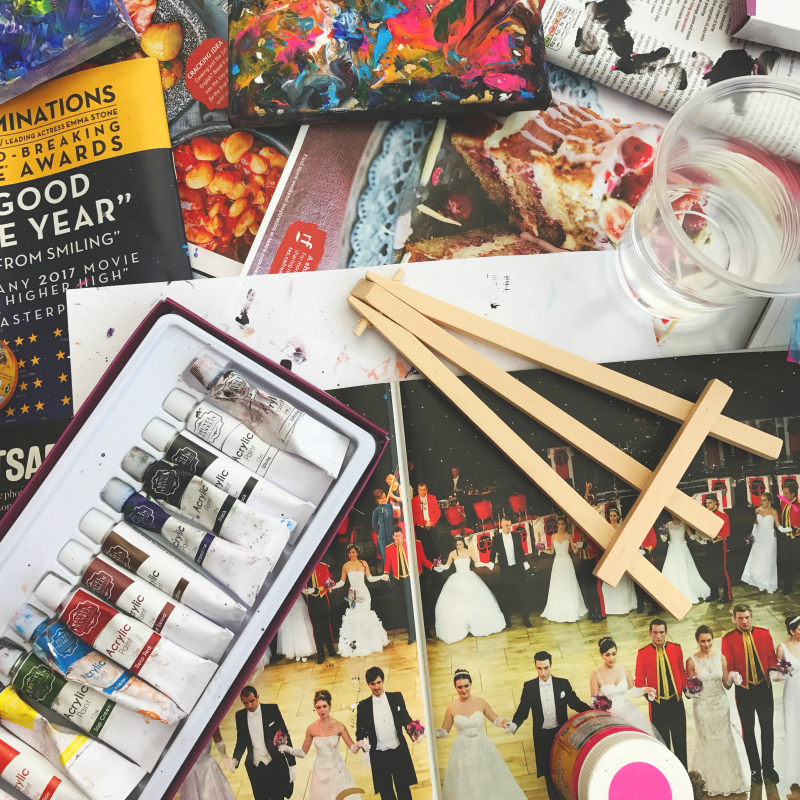 I dusted off my paints a couple of weeks back and got my hands dirty with some abstract painting! I find that abstract painting and poetry go hand in hand so I combined the two to celebrate World Poetry Day here on my blog. I had so much fun with it and I really want to do more! I didn't get a lot of feedback from you guys as to whether you liked the concept or whatever but I really enjoyed unleashing my creativity through a different medium regardless. I would highly recommend abstract painting if you're interested in doing a little bit of art therapy because it's so soothing. If you'd like to see more, you can read all about it here: How To Create Poetry Inspired Art. 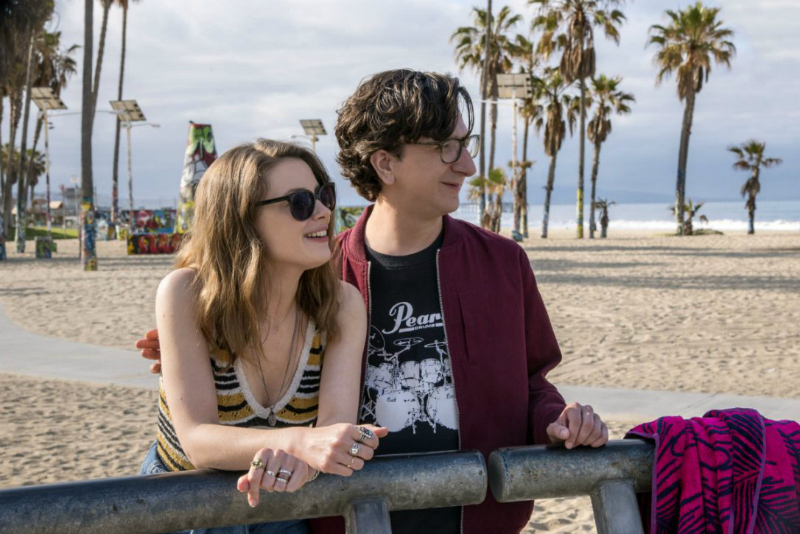 I started watching Love on Netflix on a complete whim and found myself completely caught up in it. Love follows Mickey and Gus as they try to navigate life and relationships. There are so many things that should make me feel meh about this series but I find it really absorbing. I sailed through season one in two sittings. I'm not really sure what I enjoy about it and I've read reviews that said the exact same thing. All we all seem to know is that we find ourselves watching 'just one more episode'. I've yet to sink my teeth into the second season but I'm sure I will do soon when I want something light-hearted. Any further Netflix recommendations for me? 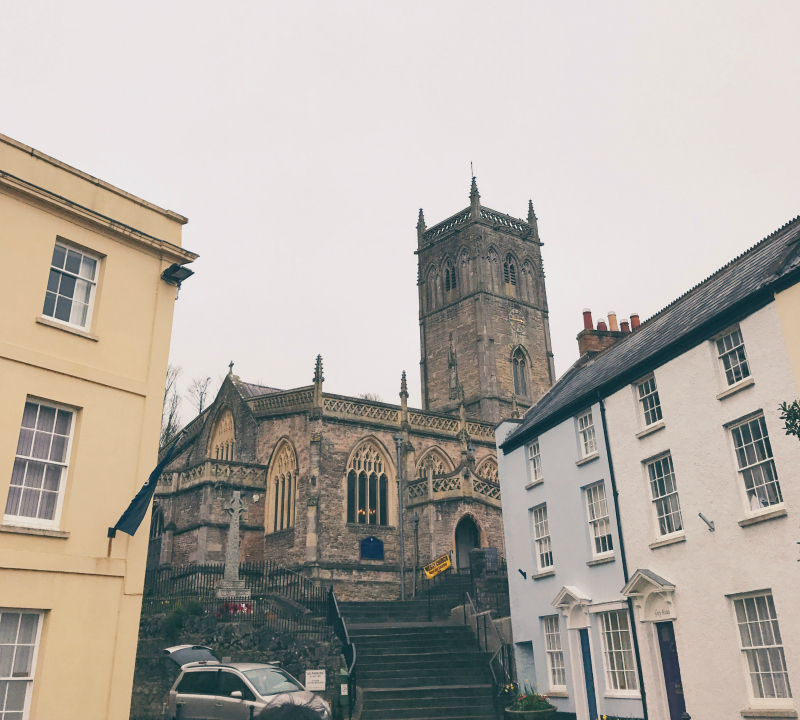 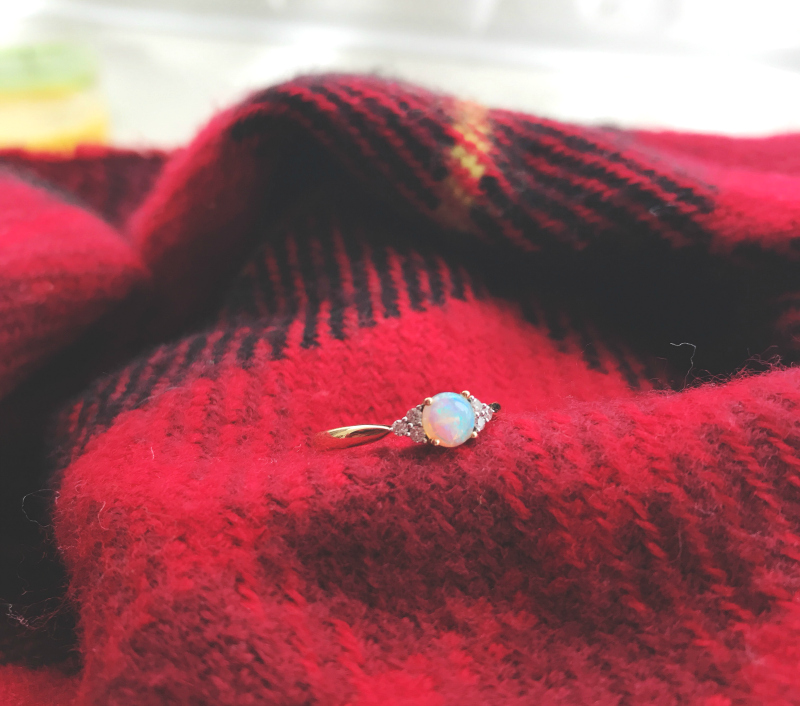 GETTING ENGAGED
Surprise! If you don't follow my inane tweets, you may not know that Luke and I got engaged on Saturday 18th. I went for a meal with my Mum, Dad, Grandma and Sister in our old market town and when we came out I saw Luke across the square calling for me. From then onwards, I don't really remember anything clearly because I went into a state of complete and utter shock. We climbed the church steps and once we were at the top he got down on one knee and proposed outside the church that my parents got married in and in the town that my Grandad was once mayor of. I screamed 'what?' in his face about 10-15 times and accidentally smacked the ring out of his hands. Amazing. I'm not even 100% sure I said yes because I was so stunned. I didn't think he ever wanted to get married so for him to propose after 7 years of dating was a big shocker! I, of course, said yes in front of mine and Luke's family. 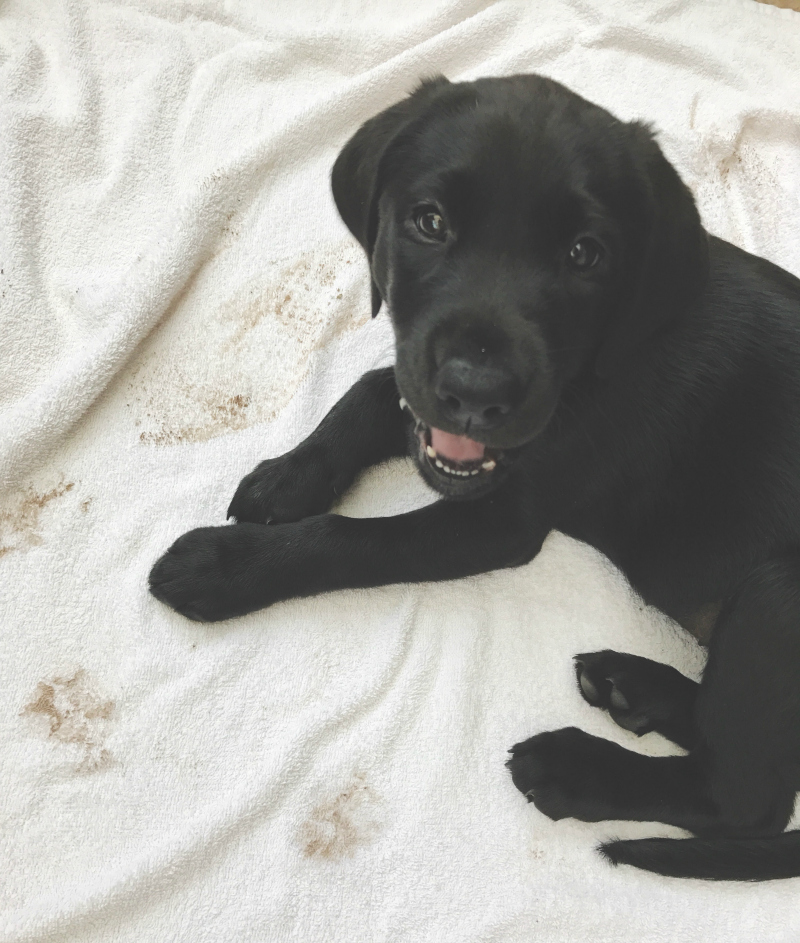 After proposing, Luke scurried away leaving me at the top of the church steps. The next thing I know, he's in front of me with a box with the most beautiful 8 week old black labrador puppy peeking out the top of it. I was completely overcome. He had been planning this elaborate proposal for months and months and I was none the wiser! This little one was born in a flower bed so we decided to give her the floral name of Poppy. She, of course, already has lots of nicknames: Poppet, Popsicle, Poopy and, my favourite, Poopert. I am absolutely exhausted from watching her every move and enduring her 6am snogs but I am so in love. What a blessing!

+ THINGS OF NOTE
• 18 Airbnb's For Anyone Who Fucking Loves Books - including one in my old hometown of Axbridge (where L proposed)!
• The Blogosphere Awards are now live! Go and vote. Winners don't need big numbers! Very refreshing.
• 34 Poets of Colour Summarize 2017 In Verse - really enjoyed this article

• Vanessa's tweet about her Rainbows. I want to start formal adoption proceedings for the goth kid.
• Bim's article on The Oscars: How The Oscar Flub Demonstrates The Limits of Black Graciousness
• Shon's mini essay on 'Real Women' and why we shouldn't strive to define what it means to be 'real'
• Vanessa's chapbook on the Kardashians, surgery & one night stands is available to buy. Be quick!
• The wonderful Zach Anner's 10 Things I Wish People Knew About Cerebral Palsy is really great
• You can now pre-order the 'Do What You Want' zine - featuring articles on mental health, eating disorders and more. Proceeds go to a wonderful set of charities. Loads of interesting writers involved.
• article on 'Millennial Pink' - my fave colour!
• Ella Risbridger on the 'hopeful approach' - an article that felt like it had been written for me
• What famous writer's most favourite words say about them

+ MARCH BLOG POSTS
•  a book haul ft. lots of new releases
•  my monthly things that make me happy list
•  to the seas: a poem
•  some more book reviews & a tbr
•  advice on how to annotate books: marginalia and slow reading
•  how to make poetry inspired art for world poetry day
•  roulin: a poem