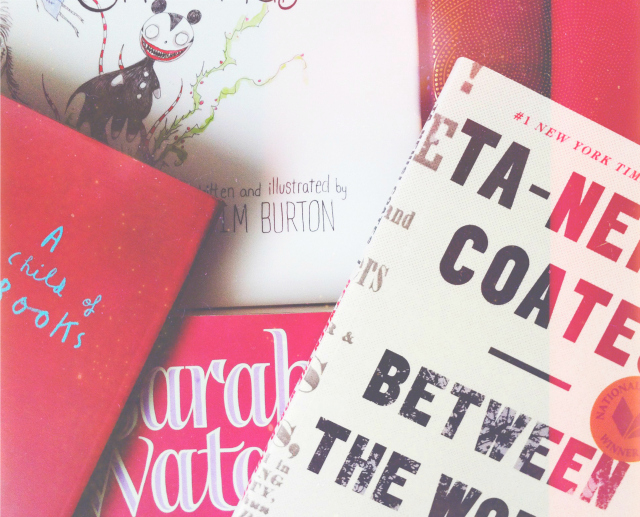 During October, I flipped through a couple of stunning picture books, was disappointed by a previous 5 star author and gave another two books top marks!

Was your reading month successful? Are there any books that you'd like to recommend to everyone? Lets have a chat in the comments because there is nothing more important than chatting about books at length, let's be honest. 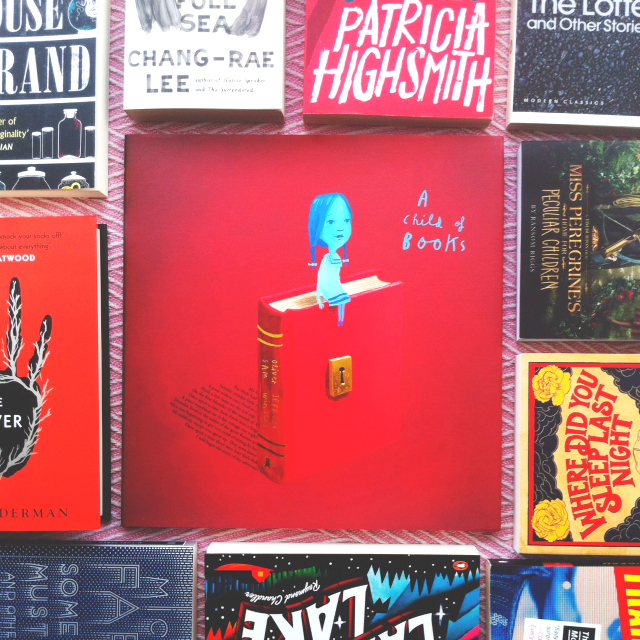 a child of books by oliver jeffers*
FINISHED: 9/10/16 | PAGES: 36 | ISBN: 0763690775
A little girl sails her raft across a sea of words, arriving at the house of a small boy. She invites him to go away with her on an adventure into the world of stories...where, with only a little imagination, anything at all can happen.
I am a sucker for beautifully produced picture books and Jeffers' latest offering is up there with the best of them! As I said in my book haul, this is a tale for people who, like me, adore books. The intricate illustrations elevate the simple yet sentimental story and I would highly recommend this to anyone looking to stock up a little one's library. It's wonderful. 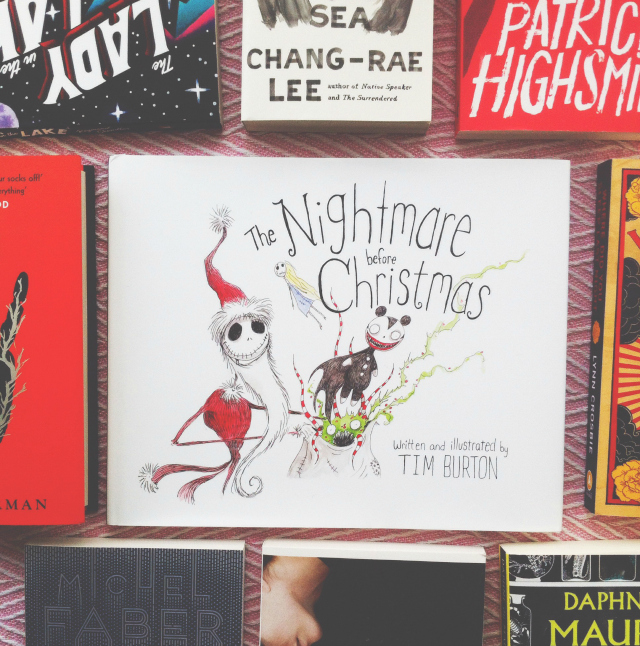 the nightmare before christmas by tim burton*
FINISHED: 11/10/16 | PAGES: 48  | ISBN: 1423178696
In all the world, there is no place like Halloweenland, and Jack Skellington is Halloween's most important figure. It's Jack who devises the holiday's most macabre tricks and frights, and he's delightfully done it year after year. But this year, something isn't quite right: Jack has grown bored with the usual Halloween pranks [...] Then one night, while out for a walk in the woods, Jack sees something he's never seen before - a strange door carved into a tree. Stepping through the door Jack stumbles into a world unlike any he's ever known. He finds himself in a bright, colourful place called Christmas Town. Jack has finally found what he's been looking for, and knows right away what needs to be done. He will bring Christmas to Halloween - with Jack starring in Santa's role!


The film is an emo essential so it's only natural that I happened to really enjoy Burton's streamlined book adaptation. Whilst there isn't any Sally, and no one is actively threatening Sandy Claws, the delicate illustrations and the roll-off-the-tongue rhymes made this a wonderful read. Great for littles and forever-emo kids alike.

This is more than likely going to be a staple festive read for me alongside my annual oration of 'Twas the Night Before Christmas' that, more often that not, falls upon deaf ears. I try, pals. I really do. 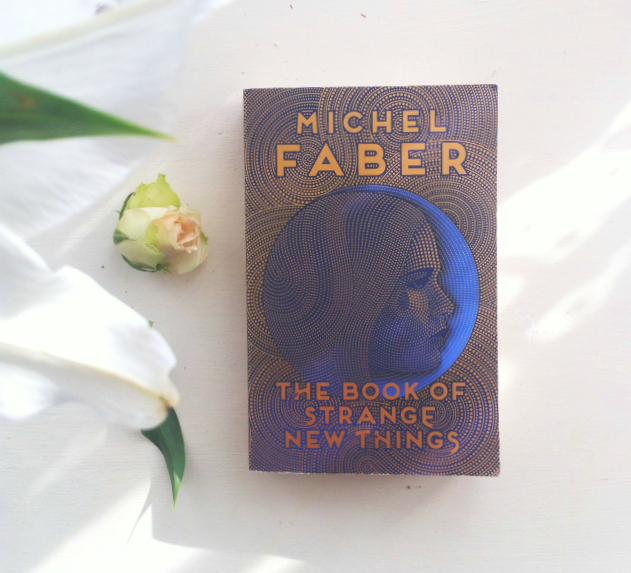 the book of strange new things by michel faber
FINISHED: 12/10/16 | PAGES: 585 | ISBN: 1782114084
It begins with Peter, a devoted man of faith, as he is called to the mission of a lifetime, one that takes him galaxies away from his wife, Bea.  Peter becomes immersed in the mysteries of an astonishing new environment [...] But Peter is rattled when Bea's letters from home become increasingly desperate [...] Their trials lay bare a profound meditation on faith, love tested beyond endurance, and our responsibility to those closest to us.

I absolutely loved Under the Skin so I went into this with high hopes, as I mentioned in my last Try A Chapter tag post, but, unfortunately, this book was disappointing. Don't get me wrong, this was a good character study and few authors that I've read have met Faber's aptitude for immersive writing but this just didn't reach its potential for me. I felt as if I was waiting for something, for everything to turn upside down, for us to be catapulted into something devastating. It was just too slow and too open ended plot-wise for me. Maybe I have been spoiled by the slow burning reveal in Under the Skin?!

Whilst I did feel let down, the world building was seamless and I felt as if I were wandering around Oasis sweating through my clothes alongside Peter. Faber has a way of making me want to stay within the pages of his stories and that quality wasn't lost on this novel so this wasn't, by any stretch of the imagination, an awful book. It was just...good. I probably won't be re-reading this, nor will I be recommending it as a starter novel for readers yet to pick up Faber, as that crown goes to Under The Skin, but some people I know have genuinely loved this book so don't let my review count as gospel. 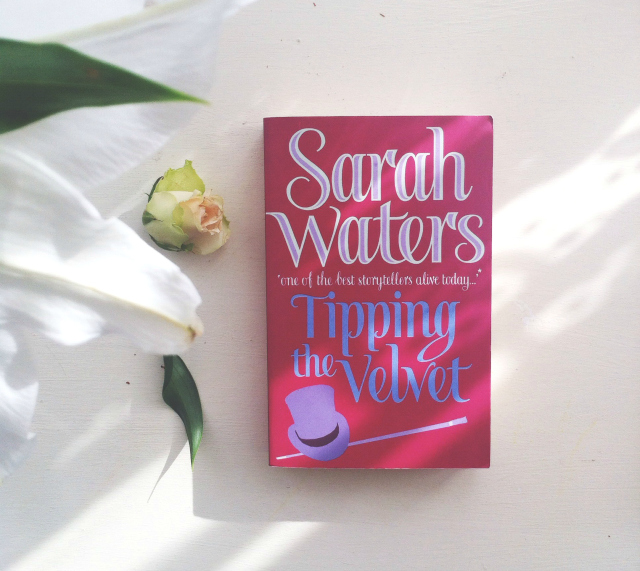 tipping the velvet by sarah waters
FINISHED: 20/10/16 | PAGES: 472
Nan King, an oyster girl, is captivated by the music hall phenomenon Kitty Butler, a male impersonator extraordinare treading the boards in Canterbury. Through a friend at the box office, Nan manages to visit all her shows and finally meet her heroine. Soon after, she becomes Kitty's dresser and the two head for the bright lights of Leicester Square where they begin a glittering career as music-hall stars in an all-singing and dancing double act...
Wow! Where to start?! I think I'll start by declaring that Sarah Waters has now made it onto the list of my favourite authors, alongside Patti Smith and Daphne Du Maurier, and this particular title has also made it onto the list of my favourite books. Waters writes everything with such authenticity, from the true nature of love, in all its tender, painful, captivating glory, to sex scenes that are actually realistic and don't make your skin crawl, and that's a quality that I greatly admire about her writing. Everything feels honest and true and it makes it so easy to fall for her characters and to hurt when they hurt. I've mentioned before just how much I adore novels that follow protagonists over a longer period of time, because I love that feeling of following a character through a metamorphosis of sorts, and Tipping The Velvet definitely delivered on that front. The character development from page one to the last page was absolutely astounding and I shed so many tears. Nan Astley grows is always going to have a little piece of my heart.

This was a novel of feeling for me. I was absolutely entralled. I was appalled. I belly laughed. I balled. I was so overwhelmed that I didn't read for a week or more afterwards. I was spent! This was one of the most accomplished debut novels I have ever read and I just know that this is one of those books that I'm going to want to re-read and re-read until I'm six foot under, and even then I might see if they can throw in a copy for me to flick through with my bony little fingers. I desperately want to attack it with a pencil next time because it deserves to be marked up and dog-eared. I'm so excited that I still have four of her books left to read! If you're looking for a book to fully immerse yourself in or if you're after an excellent piece of queer lit, this is it. 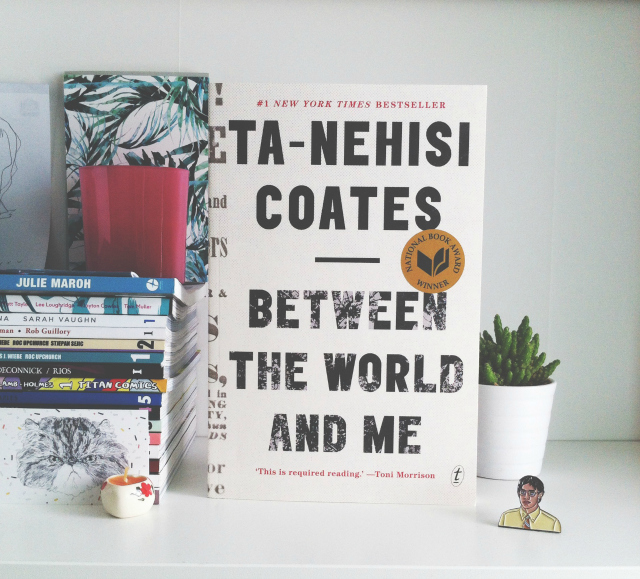 In a profound work that pivots from the biggest questions about American history and ideals to the most intimate concerns of a father for his son, Ta-Nehisi Coates offers a powerful new framework for understanding our nation's history and current crisis [...] What is it like to inhabit a black body and find a way to live within it? And how can we all honestly reckon with this fraught history and free ourselves from its burden? Between the World and Me is Ta-Nehisi Coates's attempt to answer these questions in a letter to his adolescent son. Coates shares with his son - and readers - the story of his awakening to the truth about his place in the world through a series of revelatory experiences, from Howard University to Civil War battlefields, from the South Side of Chicago to Paris, from his childhood home to the living rooms of mothers whose children's lives were taken as American plunder.

There is nothing that I can say about this book that will really matter other than that you should read it. Between The World and Me is an impassioned, erudite and personal meditation on what it means to be a person of colour in a country, and a wider world, where racism, in its many guises, is very much systematic.

In a short amount of pages, Coates guides his son, and his reader, through an entire history, both national and personal. I left it feeling moved, frustrated and inspired. This was a beautiful piece of reportage with important passages on what it is to know the Dream, what it is to acknowledge every enslaved individual and what it is to respect every single one of those people retrospectively. I am so glad that Coates shared this with the world aswell as his son. I will be going on to share this with as many people as possible.

*I was sent books marked with an asterisk by the publisher but all opinions are my own.