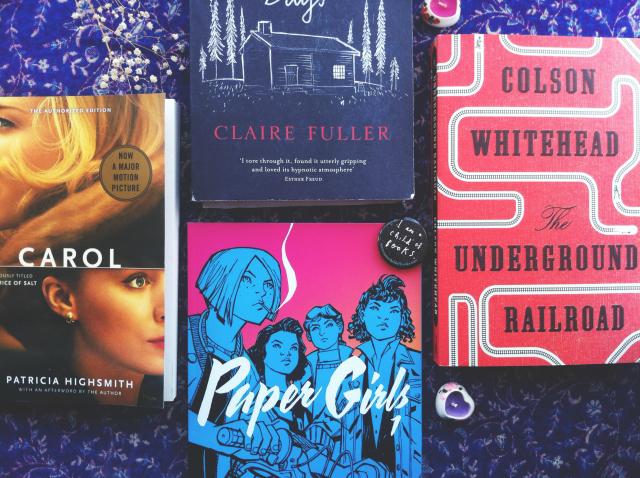 In November, I picked up a recent Oprah-approved release, a timely graphic novel, a Booktube favourite and a piece of queer lit.

I have only read one of the following titles so far, that being Paper Girls, so if you think I should read any of the others sooner rather than later please do state your case and I will carefully consider your plea. 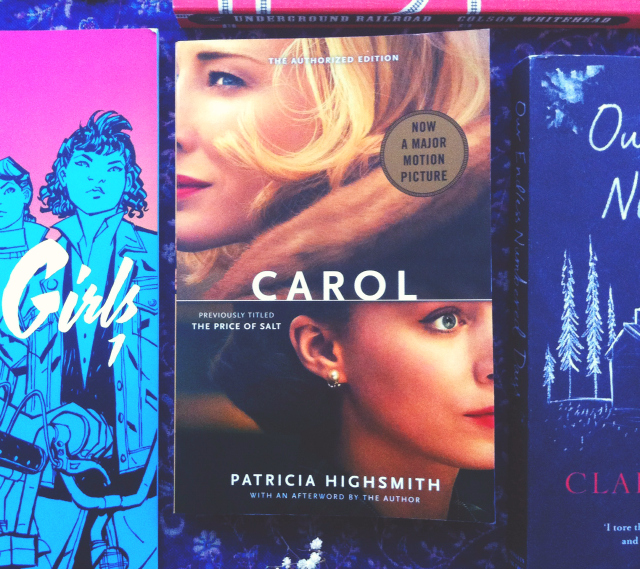 carol by patricia highsmith
Two women from different backgrounds - one a department store clerk who dreams of a better life, one who is wealthy and married - strike up a love affair with each other in 1950s New York.

Still a bit giddy over Tipping The Velvet, I decided to work through the grief by filling the void with even more queer lit in the form of Highsmith's critically-acclaimed Carol. Whilst it had been on my radar for some years, the Oscar-nominated film adaptation brought it to the forefront of my strange little head and ever since then it has been patiently sat on my 'to buy' list. Speaking of the film, people tend to hold a vehement disgust for film covers but I happen to really love this one. It's quite nice, isn't it?!

Even though I could quite happily gorge on queer love stories til my eyes expire, I think I'm going to earmark this for a few months into 2017 in order to give myself a bit of breathing space. I can only cope with so much heartbreak and swooning. 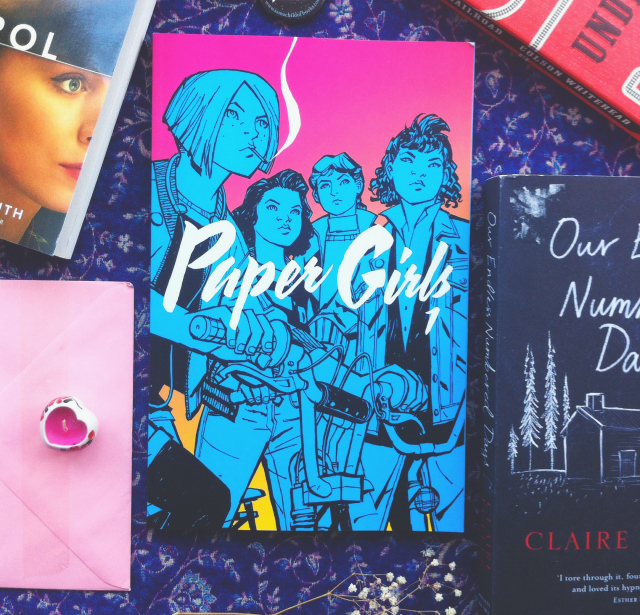 paper girls vol. 1 by brian k vaughan and cliff chiang
In the early hours after Halloween of 1988, four 12-year-old newspaper delivery girls uncover the most important story of all time. Suburban drama and otherworldly mysteries collide in this smash-hit series about nostalgia, first jobs, and the last days of childhood.

Ever since falling head over heels for Saga, I've been wanting to pick up something else by Brian K. Vaughan but I wasn't entirely sure what to go for. I eventually opted for Paper Girls because I'm all for sleuthy girl gangs and that colour palette is just hngggggg.

As I do with every graphic novel that passes my doorstep, I read it as soon as I had opened the packaging.  It's got those sweet nostalgia tinged with ~what the fuckery~ vibes that Stranger Things has so do give it a go if you happen to be a fan! 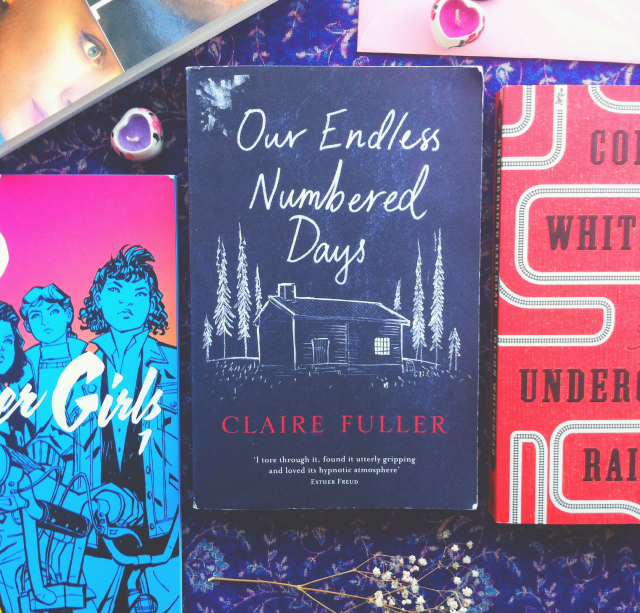 our endless numbered days by claire fuller
1976: Peggy Hillcoat is eight. She spends her summer camping with her father, playing her beloved record of The Railway Children and listening to her mother's grand piano, but her pretty life is about to change. Her survivalist father, who has been stockpiling provisions for the end which is surely coming soon, takes her from London to a cabin in the remote European forest. There he tells Peggy the rest of the world has disappeared [...] 1985: Peggy has returned to the family home. But what happened to her in the forest? And why has she come back now?

This was one of those books that did the rounds on Booktube when it was first released and, naturally, I'm only just getting round to it now. You guys know that I'm partial to post-apocalyptic lit and seeing as this one has a suspenseful little twist on the genre I thought I'd give it a read. I've also heard it has fairytale inspired elements to it too so that could be interesting.

We shall see, gang. 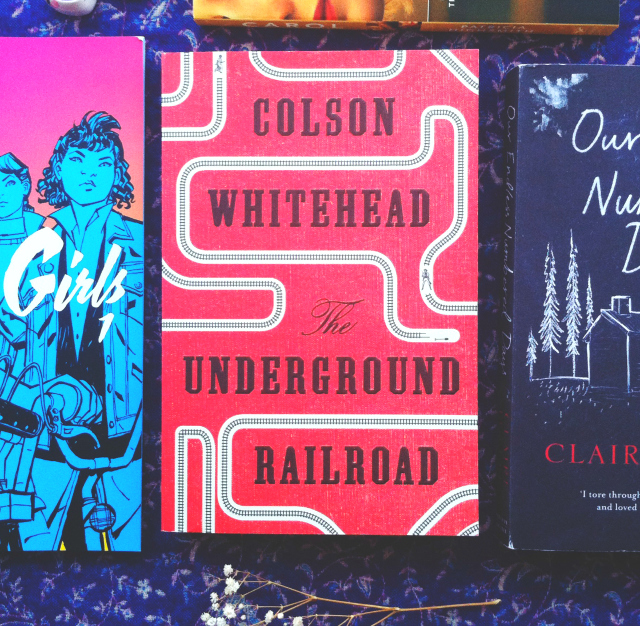 the underground railroad by colson whitehead
Cora is a slave on a cotton plantation in Georgia [...] an outcast even among her fellow Africans, she is coming into womanhood - where even greater pain awaits. When Caesar, a recent arrival from Virginia, tells her about the Underground Railroad, they decide to take a terrifying risk and escape. Matters do not go as planned [...] they are being hunted [...] the relentless slave catcher is close on their heels. Forced to flee again, Cora embarks on a harrowing flight, state by state, seeking true freedom.

This book was given Oprah's seal of approval so, naturally, it blew up everywhere and I had to check it out. The blurb sounds absolutely enthralling so I'm hoping it's one of those reads that sweeps you up along with the characters as they go on their quest.

I'm going to sit this somewhere at the top of my TBR pile because it sounds like I could sink into this story instantly and everyone has been singing Whitehead's praises.

▴
If you'd like to scroll through all of my book blog posts then you can. Or, alternatively, you could just flick through my book hauls instead. This post contains affiliate links. If you buy the books through the links I've provided, I will earn 5% commission.