Behind the Photos: Instax Edition 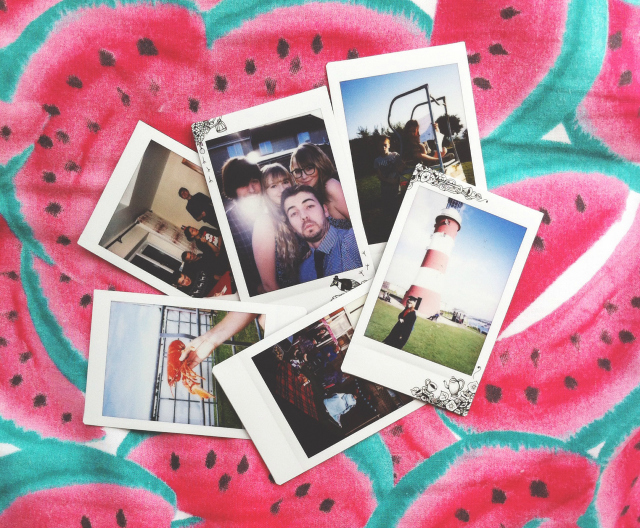 I've been snapping away with my Fujifilm Instax Mini camera for a fair few years now and so I thought it might be quite cool to delve into my collection and share the stories behind some of the images with you. As sometimes, the stories behind the captured moment can be just as good as the images themselves! 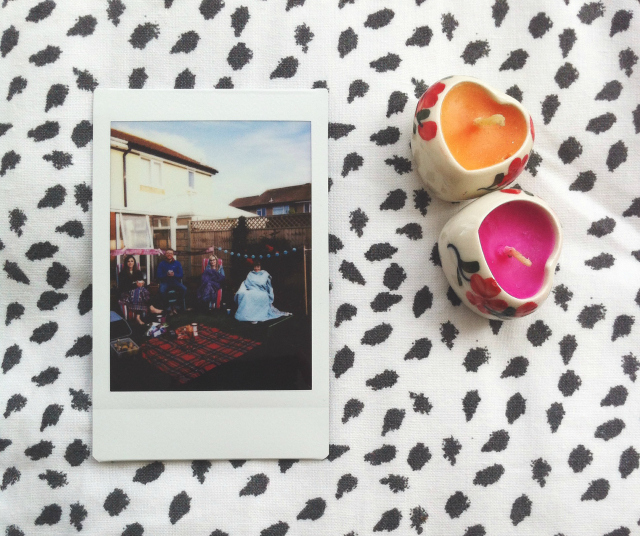 July 2016. Some of my best buds all wrapped up in my blankets with mugs of tea at my birthday BBQ once the sun had gone in. I had to take this photograph because they all looked like little pensioners. This was such a lovely day. The sun shone. We all ate too much. All but one of my best friends could make it. I was very happy. And yes, that blue slug is Lyzi. Hilarious. 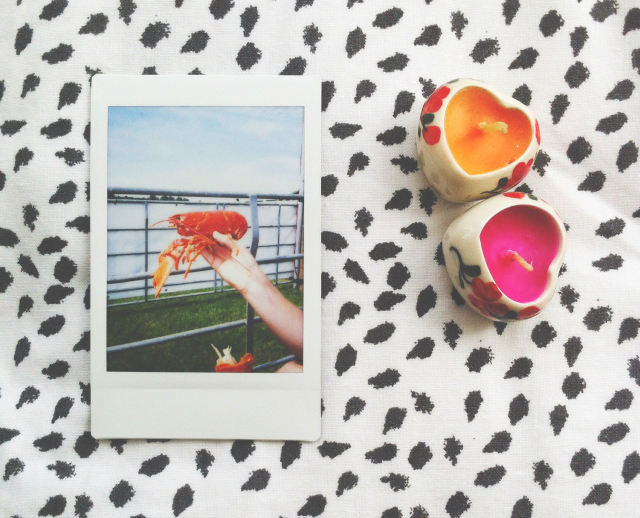 July 2014. We were staying at my Aunt's house up in the Scottish Borders and she bought us ringside tickets to the Borders Show for a day or two. We wandered around the craft tent, cooed at all the donkeys, laughed way more than we should have at the size of a bull's bollocks and ate fresh lobster caught that morning for lunch. It was my first experience of lobster and I enjoyed it. I especially enjoyed watching my sister try not to vomit it back up and her boyfriend managing to spill salty lobster water all over himself. If you'd like to read more about this trip, you can do so as I shared an Adventures with Bee post all about it. 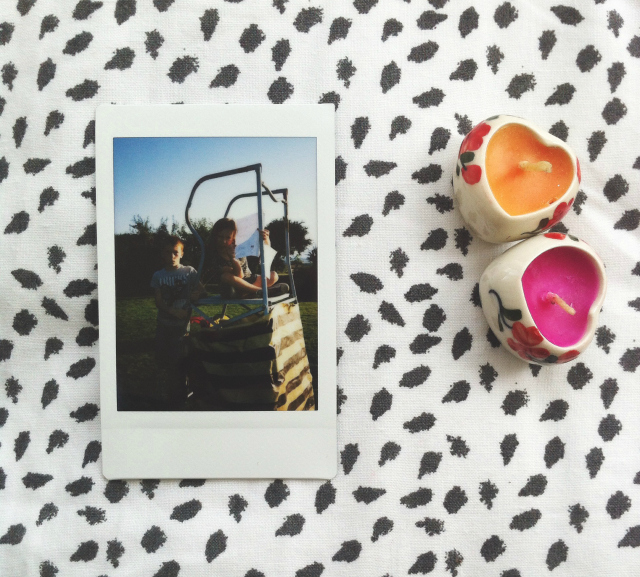 July 2014. A photograph taken on the same trip to the Scottish Borders. I tend to try and escape all of my cousin's kid's schemes by sharing graphic details of my shark attack. Heads up, I told these two that I was a victim of a shark attack by showing them my abdominal scars in order to get out of numerous games of Tag. In this photograph, they're holding up a ransom note for my Mother, who wasn't so lucky, who they had captured in the contraption they're perched on above. I just had to capture the moment because, for me, it just encapsulates youth. Oh, to hold members of your family captive at parties again. 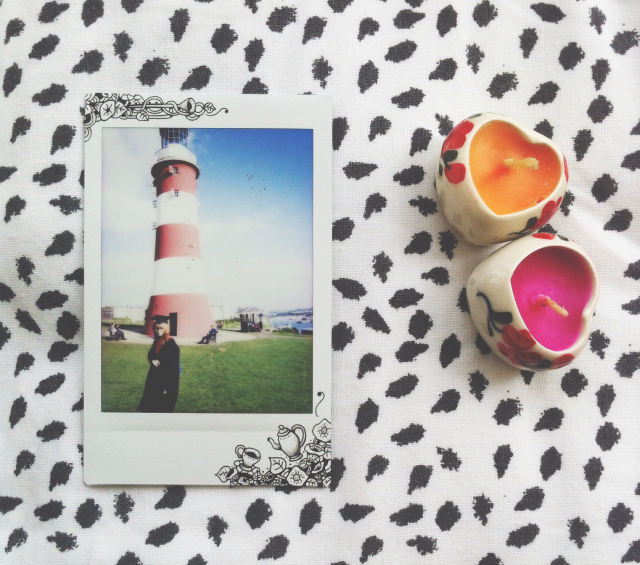 September 2015. Graduation day on Plymouth Hoe! I was really depressed on  this particular day so I don't exactly have fond memories of it but it's nice that I have a few photographs of the day, I guess. Looking at this photograph, however, makes me realise how much I miss skulking around Plymouth on a sunny day. I'm definitely going to have to return for a day trip at some point. If you'd like to hear more about my Graduation, as I've really sold it to you here with my tales of woe, head over to my Adventures with Bee post from that very day. 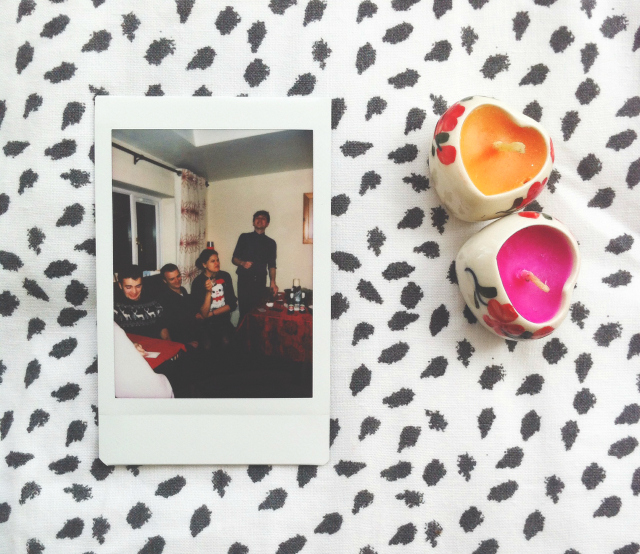 Christmas 2014 at the old house playing a family game of Cards Against Humanity. We all squashed into the kitchen and played round after round - terrified and greatly amused by Luke's Grandad's offerings each round. I think laughter is my favourite thing to photograph and I'm glad I captured this moment between Luke, his brothers and Bruna. 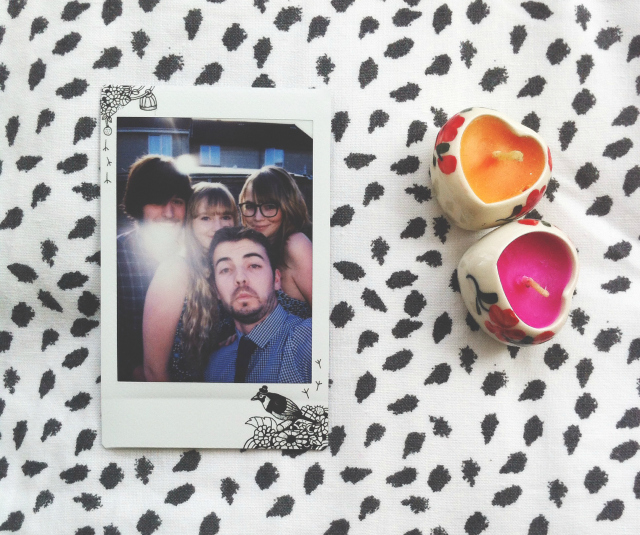 Summer 2015. I had not long been out of hospital and we were invited to our Mum's best friend's wedding do so I threw on a maxi dress and hoped for the best. I love this photograph because us 4 are very close as a unit, my sister's boyfriend is essentially Luke's best friend, and it just reminds me of the fun we had raiding the buffet for the honey and mustard sausages. It has also become a running joke that we can't take an Instax without one of the boys being a victim of lens flare - there's one unfortunate shot where the flare makes it look as if Luke is entirely bald. Oops!

Aaaand that's a little insight into the stories behind some of my Instax photographs. I'd love it if you too shared your very own photos and the stories behind them so do let me know if you do so. In the comments, I'd love to know about a photograph that you managed to capture that has a funny or heartwarming story behind it...