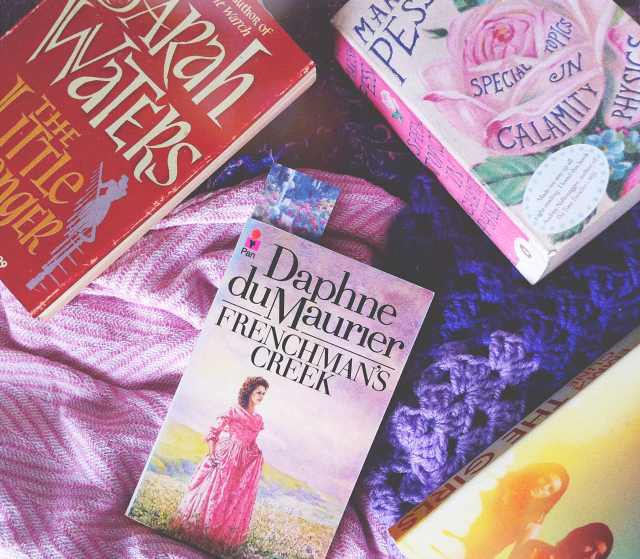 I'm back with the 'Try A Chapter' book tag that was created by Malia over at Book Paradise. The premise is to pick a selection of books that you have been meaning to read, read up to the second chapter of each and then use that experience to determine which of them you'd either like to read next or set aside for a later date. I love that this tag encourages you to dedicate time to books that you have been meaning to read for a while as I have a ton of reads that I'm always saying 'soon' to.

I picked out four books for this challenge. However, you can read more or less depending on your preference. I have been harping on about reading THE GIRLS for a fair few months so I'm using this as an opportunity to read it all instead of just the first few pages over and over again. SPECIAL TOPICS IN CALAMITY PHYSICS is a book that I discovered a few years ago on one of my many late night Goodreads hunts and I have read the first page multiple times and thought 'I think I'm going to love this' but never got any further due to its size. THE LITTLE STRANGER and FRENCHMAN'S CREEK, on the other hand, are two books that I have heard everybody discuss and rave about and that's probably why I have yet to settle down with them.  And so, it's now time to read! I'll get back to you after I've read each book in real time and let you know my thoughts as I go along... 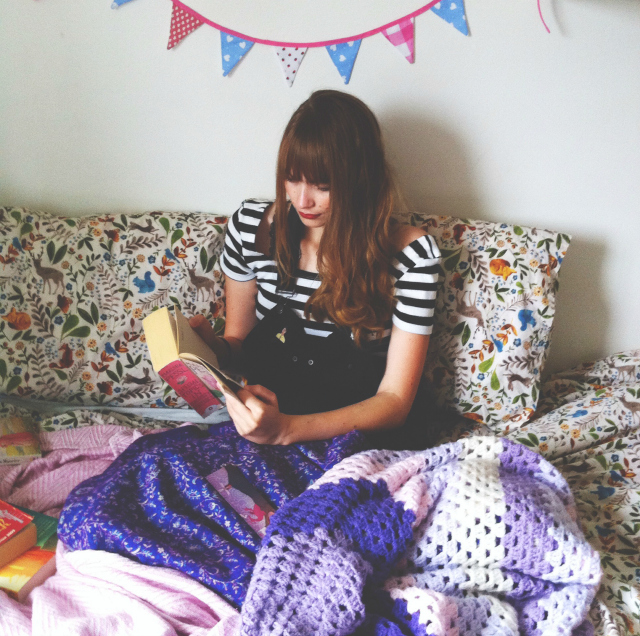 SPECIAL TOPICS IN CALAMITY PHYSICS
MARISHA PESSL
At the centre of Special Topics in Calamity Physics is clever, deadpan Blue Van Meer, who has a head full of literary, philosophical, scientific, and cinematic knowledge, but she could use some friends. Upon entering the elite St. Gallway School, she finds some -- a clique of eccentrics known as the Bluebloods. One drowning and one hanging later, Blue finds herself puzzling out a byzantine murder mystery.


This is such a hefty book that it's difficult to really gather much from the first twenty or so pages that I read, however, I instantly felt as if this could be something I could really enjoy if I read further on. I warmed to the narrator, Blue Van Meer, and left the chapter without answers to questions that I am now genuinely interested and invested in. The first page was everything that it needed to be with a cracking first sentence and talks of a death. I'm a morbid little creature. There are elements of campus lit at play, so naturally I've already made comparisons to The Secret History, but I'm going to read it as if it were its own entity...which it is! I think I might read this during my recovery from surgery as I'll have longer blocks of time on my hands to read through it. A promising start... 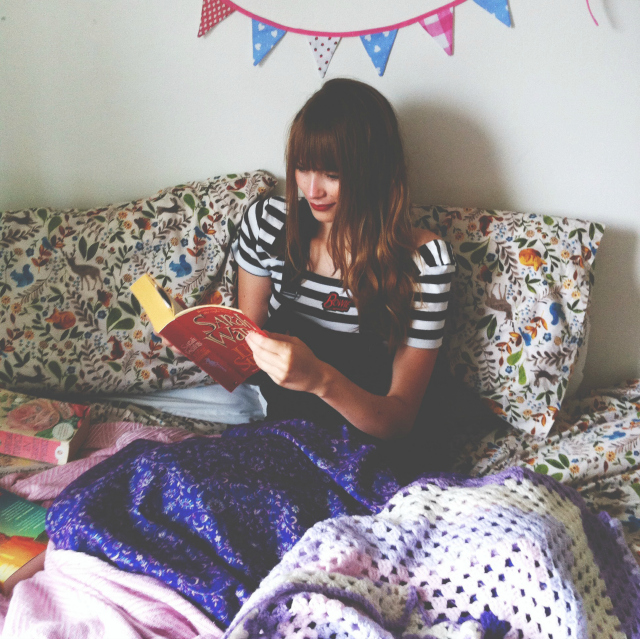 the little stranger
SARAH WATERS
One post-war summer in rural Warwickshire, Dr. Faraday is called to a patient at lonely Hundreds Hall. Home to the Ayres family for over two centuries, the Georgian house, once impressive and handsome, is now in decline. Its owners-mother, son, and daughter are struggling to keep pace with a changing society, as well as with conflicts of their own. But are the Ayreses haunted by something more sinister than a dying way of life? Little does Dr. Faraday know how closely, and how terrifyingly, their story is about to become intimately entwined with his.

This was the heftiest first chapter at 40 pages but, thankfully, it delivered quite a lot in the way of introduction by introducing a handful of characters and the crumbling Hundreds Hall. I am all for stories of big houses and decayed aristocracy so I've a feeling that this will totally be my bag. Luckily, Waters' writing style is something I'm entirely on board with already. Descriptive, and packed full of realistic dialogue, it was reminiscent of my bae Du Maurier. I could definitely carry it on from here. However, I'm thinking that, due to the length, I may, again, save it for when I'm recovering from surgery as I will have time on my hands. 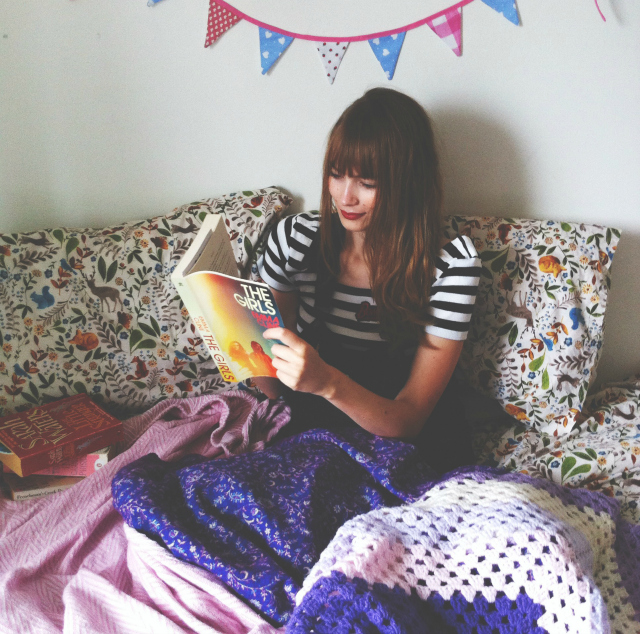 the girls
emma cline
Northern California, during the violent end of the 1960s. At the start of summer, a lonely and thoughtful teenager, Evie Boyd, sees a group of girls in the park, and is immediately caught by their freedom [...] Soon, Evie is in thrall to Suzanne, a mesmerizing older girl, and is drawn into the circle of a soon-to-be infamous cult and the man who is its charismatic leader [...] As she spends more time away from her mother and the rhythms of her daily life, and as her obsession with Suzanne intensifies, Evie does not realise she is coming closer and closer to unthinkable violence, and to that moment in a girl's life when everything can go horribly wrong.

Cline captures the heady curiosity that comes with youth pretty perfectly within the first chapter and I'm looking forward to seeing where that takes her characters throughout the novel. The prose often dips into passages of lilting poetry and that, combined with the tone, makes me 100% sure that this will be turned into a film with a shit ton of lens flare in the near future. I'm waiting for things to get dark and I think this book is going to deliver...

This has made its way to the top of my TBR pile. I wish it was of mass market paperback size though for convenience! 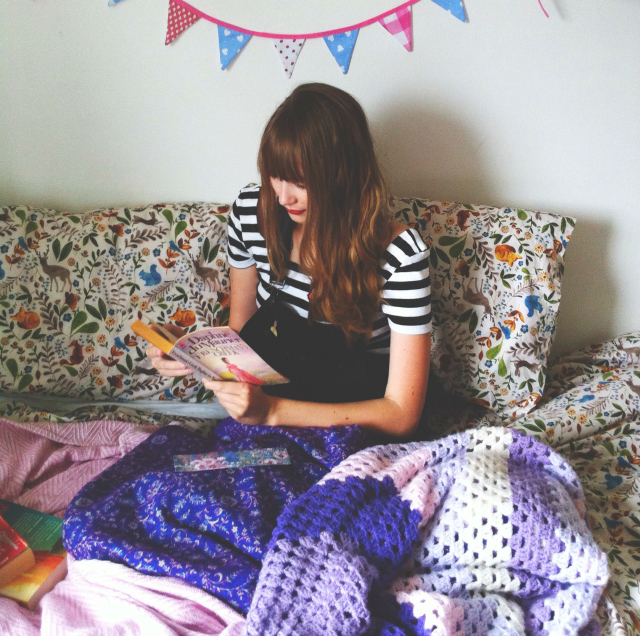 frenchman's creek
daphne du maurier
Jaded by the numbing politeness of Restoration London, Lady Dona St. Columb revolts against high society. She rides into the countryside, guided only by her restlessness and her longing to escape. But when chance leads her to meet a French pirate, hidden within Cornwall's shadowy forests, Dona discovers that her passions and thirst for adventure have never been more aroused. Together, they embark upon a quest rife with danger and glory, one which bestows upon Dona the ultimate choice: sacrifice her lover to certain death or risk her own life to save him.


Du Maurier consistently draws me in hook, line and sinker. Frenchman's Creek has, so far, been a celebration of the moody moonlight and the shadows amongst the trees that are to be found on the Helford coast. The promise of grown up Famous Five-like adventure, involving pirates, is so exciting to me especially as I have read two of her other novels, Jamaica Inn and Rebecca, and fell head over heels for them.

The same dark resonance that cloaks those stories seems to be present in this too, one of her later novels, and I'm looking forward to a restless reading experience. I may read this first as, lets face it, I will probably read it quickly and with ease. Also, I cannot resist a bit of Du Maurier. If you have yet to read any Du Maurier, pick up Rebecca and thank me later.

All in all, I'm hailing this experiment a success! It has affirmed that I have at least 4 unread books on my shelves that I could quite possibly fall head over heels for. I've had a little think and I've decided to carry on with The Little Stranger because I quite fancy a longer read and I've been wanting to try out some Sarah Waters for years now. I'd be more than happy to read any of the others though. Thoroughly impressed!

I think, if I were to do this again, and do let me know if you'd like me to, I would maybe pick four books on my shelves that I wasn't entirely sure about in order to get a sense of whether or not they really were for me. I've tagged a few specific people below but I'm also tagging you. Message me if you decide to participate! Will you be giving this bookish experiment a go? Would you like me to do some more of these challenges?


[edit: Since putting this post together, I have gone on to finish The Little Stranger, The Girls and Frenchmans Creek]

Check out my other BOOK POSTS

If you'd like to stick around for more, FOLLOW VIVATRAMP ON BLOGLOVIN or find me on the following platforms...