Last month, Charlotte from RamblingsOfAnElfpire organised the #underhypedreads readathon to celebrate the books that don't get talked about a lot online. Tons of bookish people got involved and created lots of inspiring content on the subject but, unfortunately, I wasn't able to participate due to prior commitments. However, I thought the readathon was a really good idea as it's so easy to jump on bookish bandwagons and share thoughts on books that have been well-documented. I thought I'd share some of the #underhypedreads that I have on my bookshelves - some I have read, others I haven't. I determined books under 5,000 ratings on Goodreads to be underhyped. You can see which books on your shelves meet that quality by clicking 'Settings' on your desired shelf and selecting 'num. ratings'. This way, you'll be able to see the amount of ratings each book has without clicking on each one individually. Handy! Leave me some of your favourite underhyped reads in the comments below so everyone can check them out. 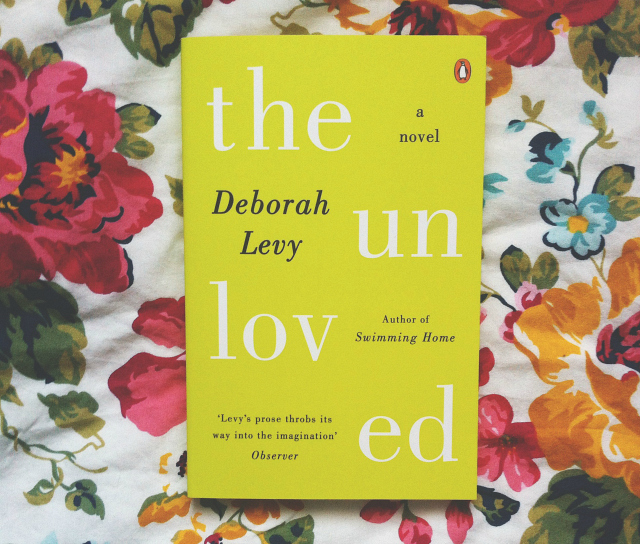 the unloved by deborah levy - 23 ratings
I got this at the Penguin blogger event that I attended towards the start of the year but I've still not read it. The Unloved follows a group of tourists that have gathered to celebrate Christmas in a remote French chateau. Lots of stuff ensues and a woman is found murdered. The reviews I've read for it so far haven't been great but I'll reserve judgement for now! 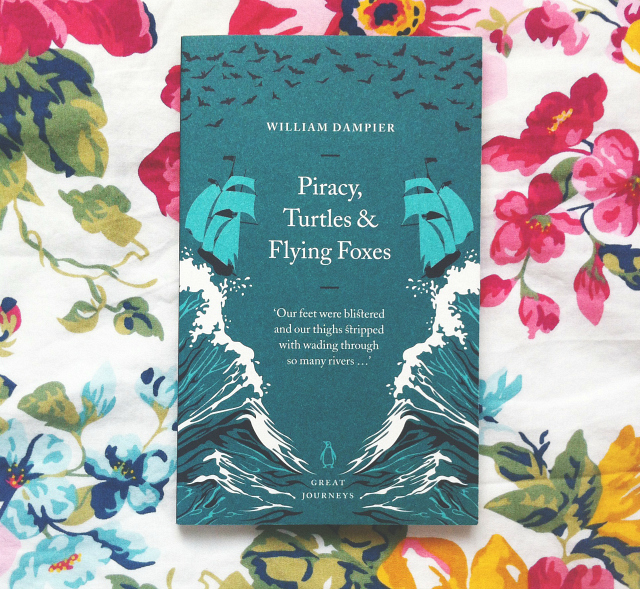 PIRACY, TURTLES AND FLYING FOXES BY WILLIAM DAMPIER - 30 RATINGS
I found a load of these Penguin Journey editions in one of my local charity shops about a year ago so I bought them because they were really cheap and in perfect condition. The covers are also insanely beautiful! Piracy, Turtles and Flying Foxes follows Dampier's adventures around the world. Dampier's adventures actually inspired Robinson Crusoe and Gulliver's Travels so it should be interesting to read the source material! I think it'll probably make a good read for a day when I don't know what I fancy. 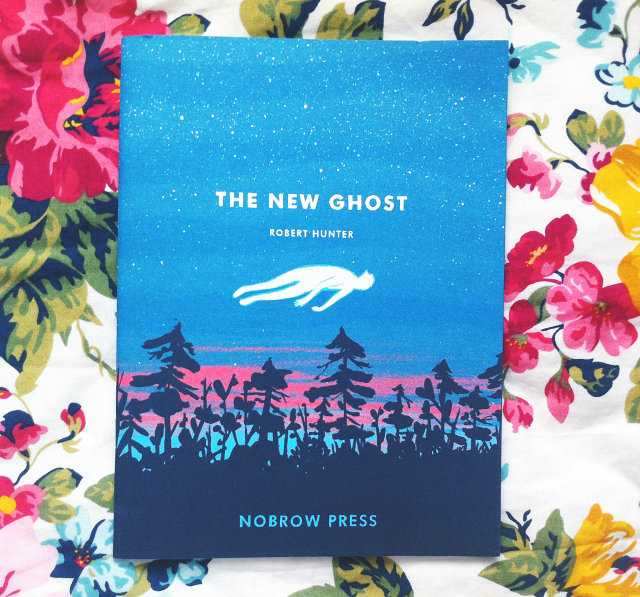 THE NEW GHOST BY ROB HUNTER - 102 RATINGs
[read in 2013]
Luke bought me this for Christmas last year and I read it within a few hours of opening it. I absolutely loved it! The New Ghost follows a ghost on his first day of work and the concept was great, the story was spot on and the artwork was simply stunning. I would definitely recommend it to those of you who like comics and graphic novels. 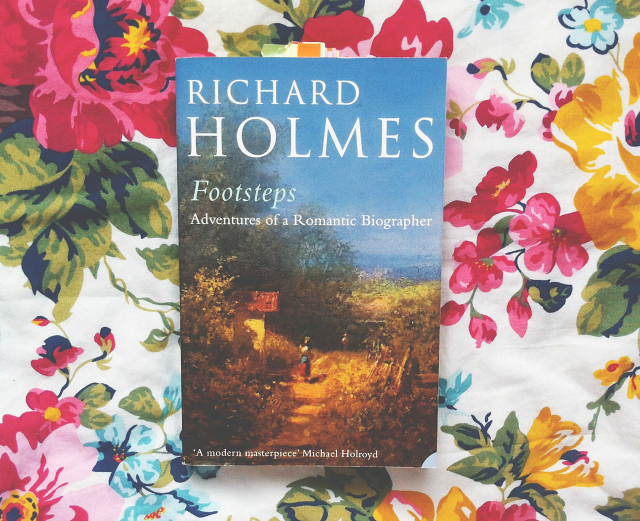 FOOTSTEPS BY RICHARD HOLMES - 131 RATINGS
[read in 2012]
I read this a couple of years ago for my Creative Nonfiction module and I surprisingly really enjoyed it. It follows biographer Richard Holmes' journey as he recounts the footsteps of a few different authors. It's not something I would've picked up if it weren't for my course but I'm glad I read it, nonetheless. Check it out if you're interested in Robert Louis Stevenson, Mary Wollstonecraft and Percy Shelley. 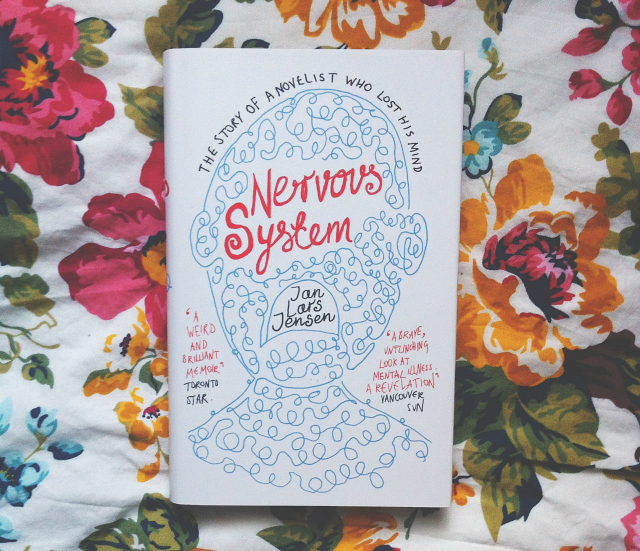 nervous system: the story of a novelist who lost his mind by jan lars jensen - 189 ratings

I picked this up from The Last Bookshop in Bristol a few months ago, whilst participating in the Independent Bookshop Week, but I haven't read it yet. It's a memoir about mental health that I haven't really seen anybody talk about before but I thought I'd give it a go anyway. I'll let you know how I get on! 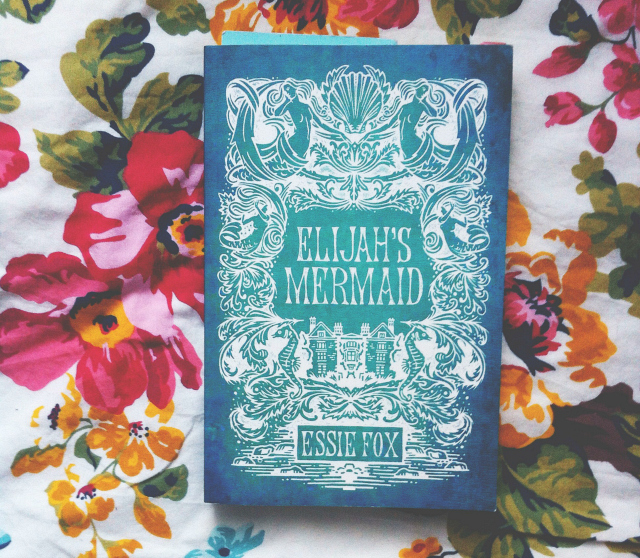 ELIJAH'S MERMAID BY ESSIE FOX - 306 RATINGS
Essie Fox's books are staples in Booktubia but they're still quite underhyped elsewhere, apparently.  I, again, picked this one up from The Last Bookshop in Bristol when it was still selling books for £2.  I've actually started reading this before but I put it back down in favour of other reads. I think it's something I might quite like though so I'm going to make time for it.  The story begins with a webbed-toed baby that is found in the Thames who goes on to be brought up in the House of Mermaids. If you like Victorian literature and mermaids, you'll love this. 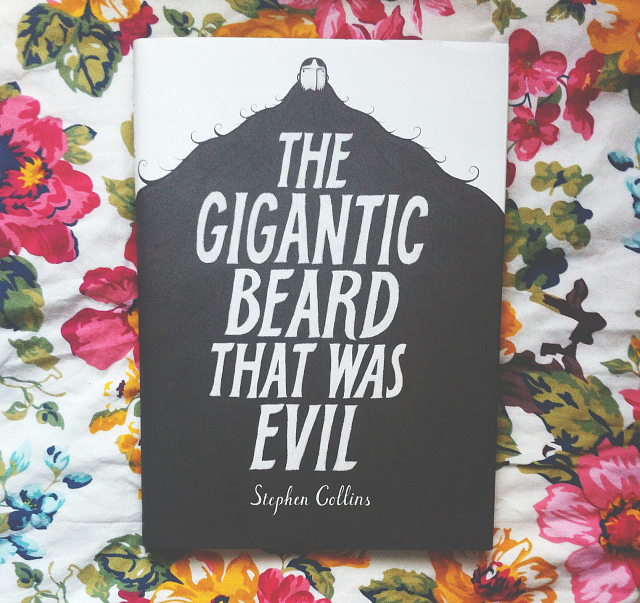 THE GIGANTIC BEARD THAT WAS EVIL BY STEPHEN COLLINS - 335 RATINGS
[read in 2013]
Luke bought me this graphic novel for Christmas last year and, like The New Ghost, I read it within hours. I absolutely loved this story, from the spectacular monochrome art style to the many references to The Bangles. A perfect gift for pognophiles and bookish folk alike. A necessary addition to anyone's graphic novel collection. 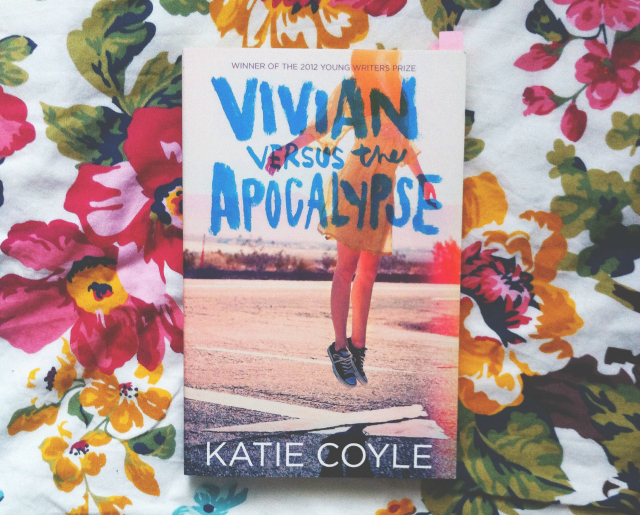 I posted a review of this not so long ago so it should still be fresh in your memory but you'll remember I said it was a delicious guilty pleasure read for me! I'm looking forward to picking up the next book in the series once it's released. 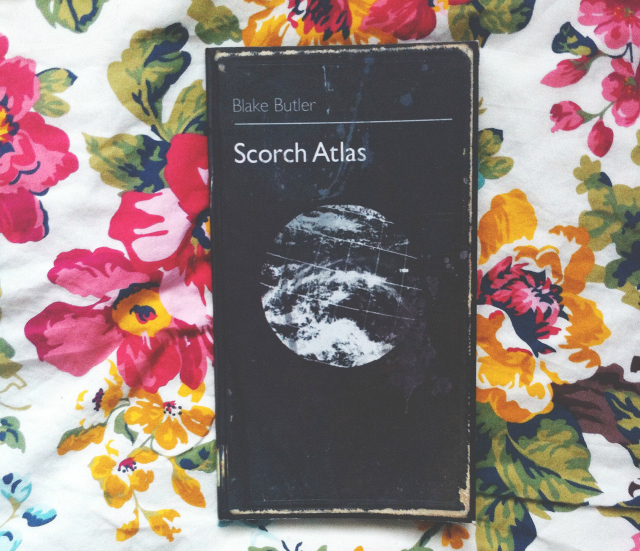 scorch atlas by blake butler - 746 ratings
{Scorch Atlas book review}
This is another book that I reviewed recently so, again, you should remember it! It's basically a collection of post-apocalyptic vignettes that are pretty frickin' scary. 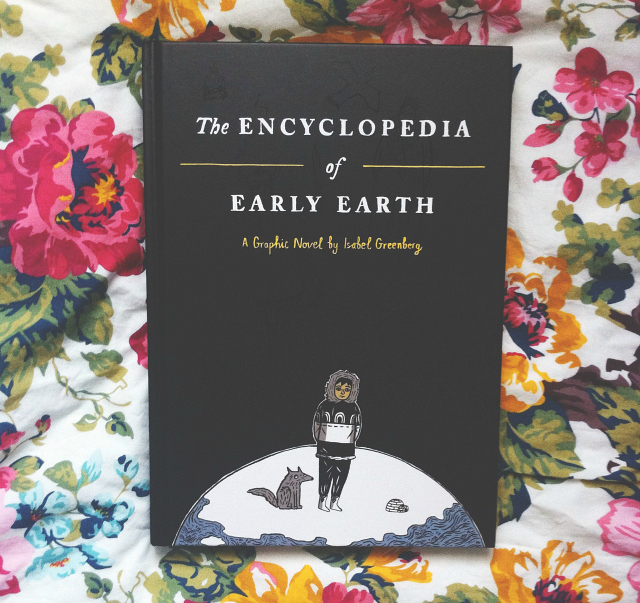 THE ENCYCLOPEDIA OF EARLY EARTH BY ISABEL GREENBERG -  823 RATINGS
{The Encyclopedia of Early Earth book review}
Another recent review! I really loved this graphic novel and I definitely think Isabel Greenberg is going to be one to watch in the future. Jump on the bandwagon. 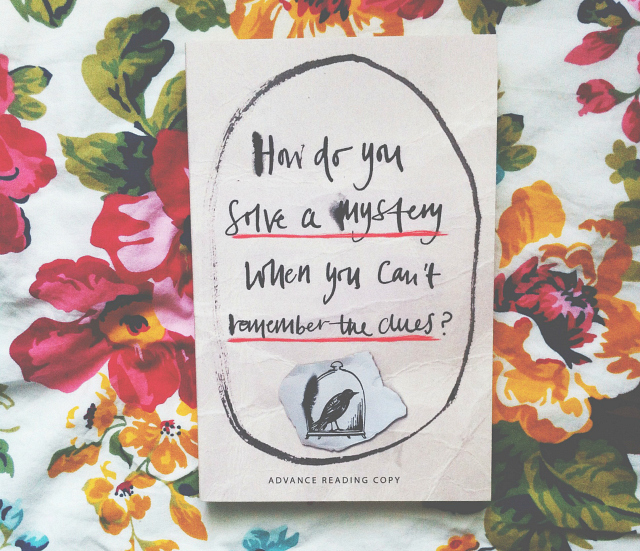 Elizabeth is Missing follows an elderly woman named Maud who keeps finding notes reminding her that Elizabeth is missing. Unfortunately. her mind isn't what it used to be and she can't remember the context behind them so piecing things together isn't very easy. This is another book that I received at the Penguin blogger event earlier this year. Emma did a reading from the book and it sounded pretty promising so I might try and read it before the year is out! 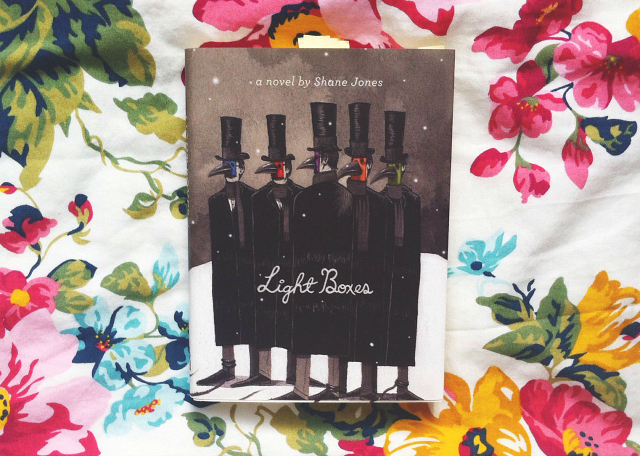 light boxes by shane jones - 2,064 RATINGS
{Light Boxes book review}
I read this earlier this year and I enjoyed how different it was from all the other stuff I've read. Light Boxes follows the inhabitants of a small town who are experiencing a perpetual February. It probably isn't for everyone but if it sounds like something you'd quite like then you should give it a go! 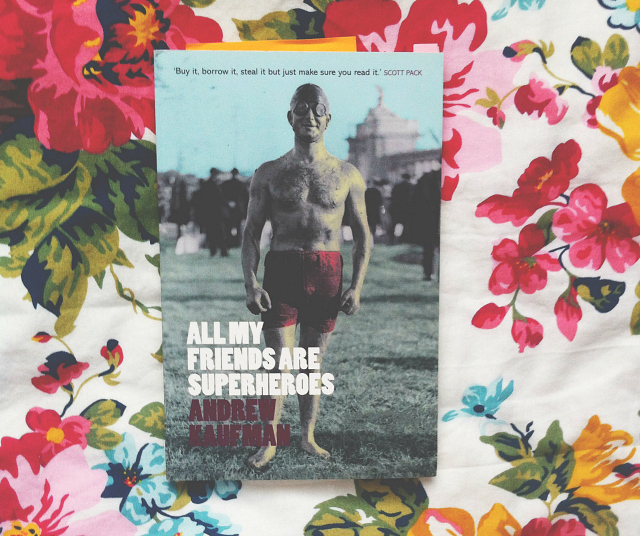 I have my review for this book hidden somewhere on my old laptop but I never got round to publishing it. From what I remember about this book, it was a seriously endearing and heartwarming story. It's about a man named Tom and all his friends are superheroes, of sorts. It's a quick read but it's definitely one that lingers for a while post-read. You should definitely pick it up. 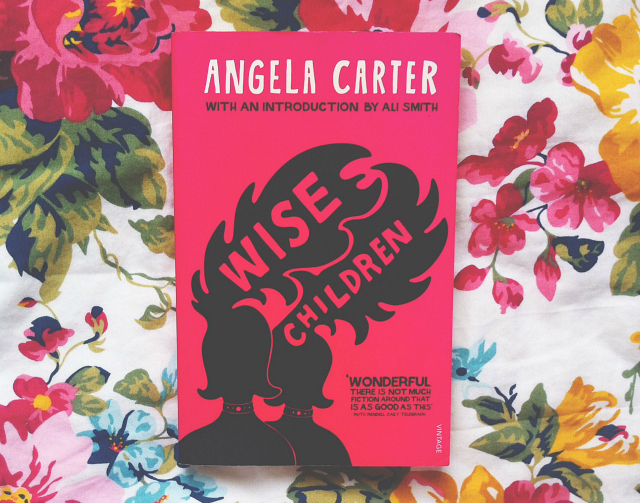 I read The Bloody Chamber at school and I've been meaning to read some more Carter ever since. Luckily for me, the beautiful Gemma from Fat Frocks sent this beautiful copy of Wise Children to me. Wise Children is a family saga that follows a famous song and dance team from the British music halls. This sounds like something I'll really like so lets hope I can find some time for it soon. 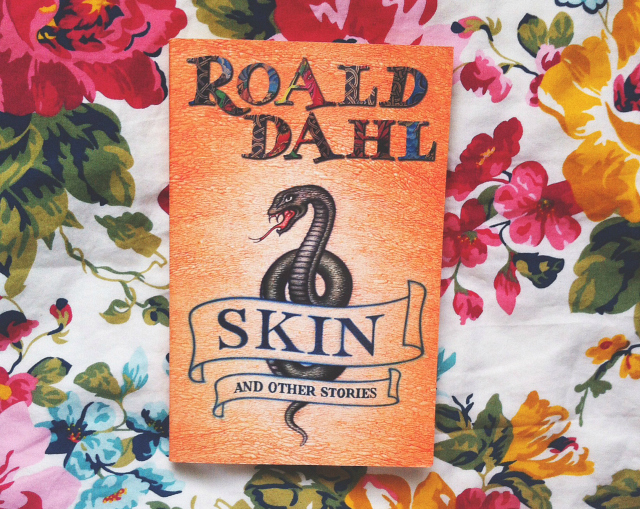 skin and other stories by roald dahl - 3,501 ratings

I'm steadily working my way through all the Roald Dahl books I own. I've just got this collection of short stories and Charlie and the Chocolate Factory to go! Dahl's stories are always great for those days where you want to escape and fully indulge your imagination so I have high hopes. 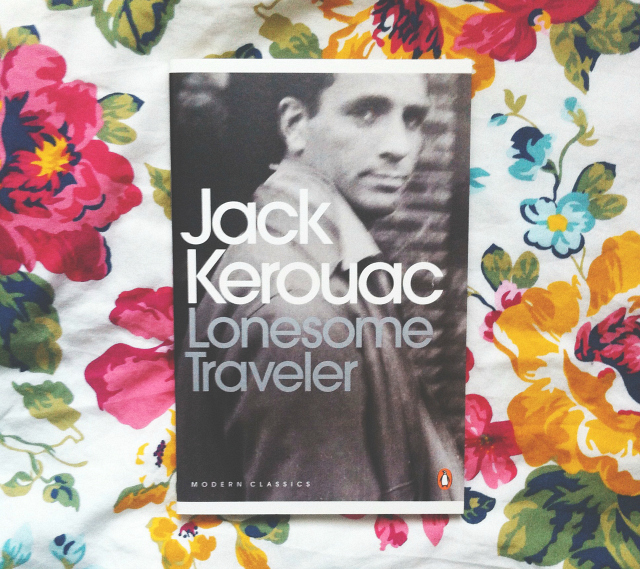 lonesome traveler by jack kerouac - 3,695 RATINGS
I read On The Road a couple of months ago and whilst I wasn't completely head over heels in love with it, it did make me want to give Kerouac another chance. Lonesome Traveler was Kerouac's first autobiographical work, following his nomadic years and the publishing of his books, so it should be quite an interesting read! I'll probably read it post-university. 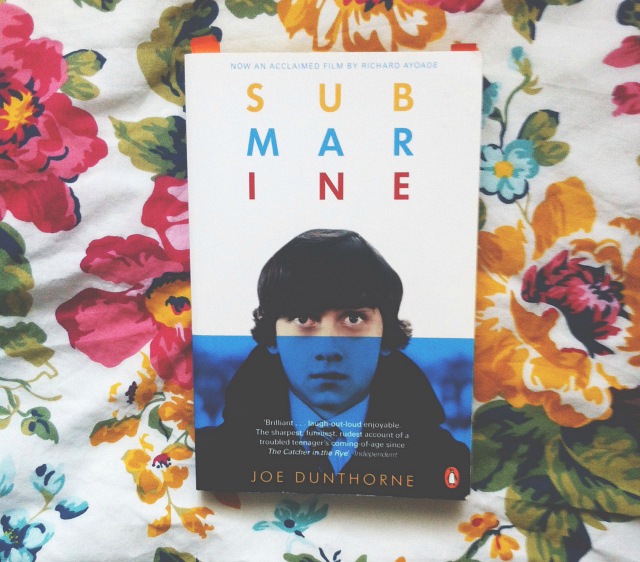 Submarine is one of my favourite books ever so I have to say I was a little surprised that it was so underhyped on Goodreads! It follows a boy from Swansea named Oliver Tate as he attempts to navigate adolescence. Oliver Tate is far from being a reliable narrator but there's just something about him that draws me into this book. It's hilarious and insightful and inventive and just read it already! 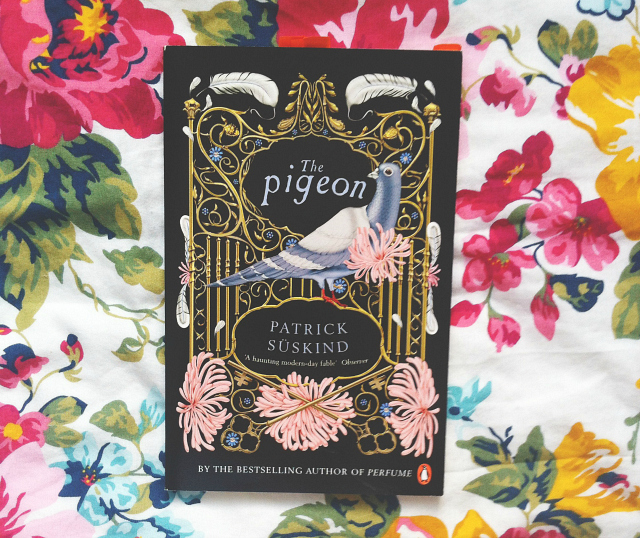 THE PIGEON BY PATRICK SUSKIND - 4,187 RATINGS
{The Pigeon book review}

I read The Pigeon earlier this year and I've been meaning to pick up some more Suskind ever since. Suskind's novella is set in Paris and it follows a day in the life of the meticulous Jonathan Noel. If you're interested in mental health or anxiety disorder, you'll find this tale particularly interesting. It was so simple yet so profound. 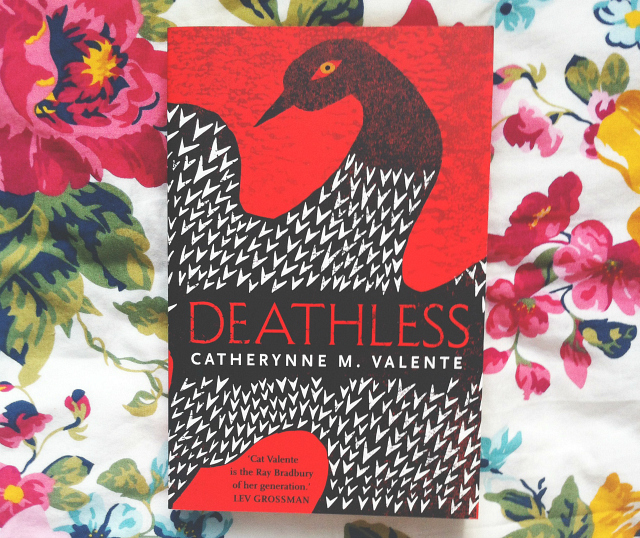 This is another book that I first heard about through Booktube so I plonked it on my wishlist and Luke bought it for me for my birthday last year. I've read one of Valente's other works, The Girl Who Circumnavigated Fairyland, but I didn't really understand its hype so lets hope I like this one a little more.  It follows Koschei the Deathless, a character from Russian folklore, who sounds pretty fricking badass to me. 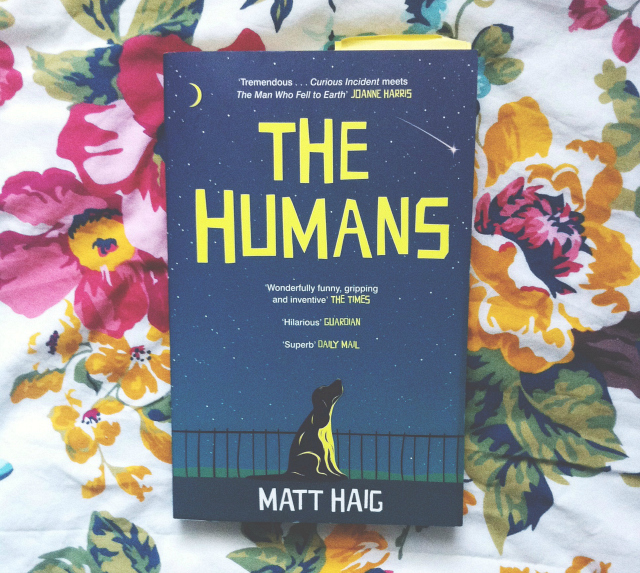 THE HUMANS BY MATT HAIG - 4,421 RATINGs
{The Humans book review}
The Humans was first brought to my attention when Matt began following me on Twitter, and so began a prolonged wait until I saw it on the shelf in the book shop and decided to buy it. The Humans follows an extraterrestrial being who arrives on Earth with some pretty negative impressions regarding the human species. I read it whilst lounging on a sunbed on holiday and I thoroughly enjoyed the experience - check out my review if you're interested!

I hope this has given you lots of underhyped reading inspiration! If you've got any underhyped recommendations, leave them below for everyone to peruse at their leisure and discover new reads. Let me know what books you're adding to your wishlist! ♥