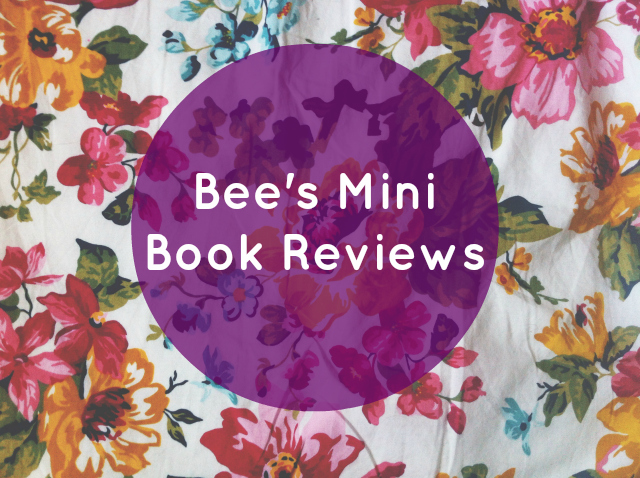 Sup planet dwellers! I'm having a little bit of a strop right now because I planned, wrote and formatted this entire post and then it suddenly disappeared completely. Pesky technology! I've subsequently had to re-write this entire post for your eyes.  In future, I might just send my book reviews via carrier pigeon to all of your homes. That'd be fun, right?! I read a nice little selection of books this month, some surprisingly good and some surprisingly disappointing. I feel like I've been a bit controversial this month which is rather liberating, indeed! You know the drill, leave some book recommendations in the comments and let me know what you thought of the following books! 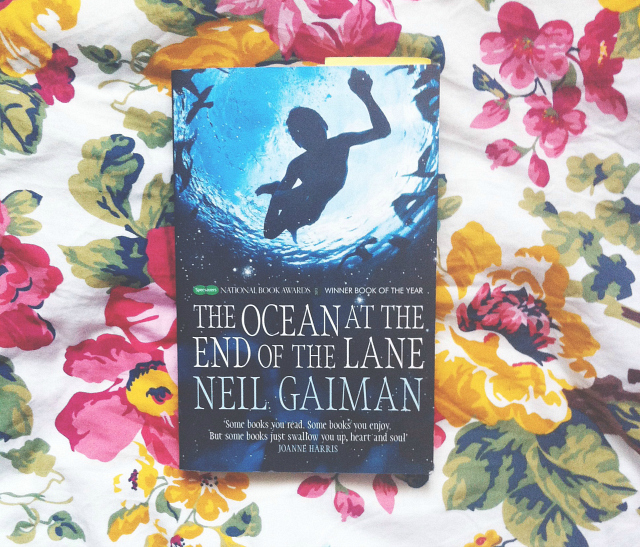 the ocean at the end of the lane by neil gaiman (2013)
date finished: 05/o6/14 | isbn: 1472200322 | Pages: 248
A middle aged-man returns to his childhood home to attend a funeral. He is drawn to the farm at the end of the road, where, when he was seven, he encountered a remarkable girl, Lettie. He hasn't thought of Lettie in decades yet he sits by the pond..(and) the unremembered past comes back. And it is a past too strange, too frightening, too dangerous to have happened to anyone...

It saddens me to say it but I really didn't enjoy this book as much as I wanted to...

I picked this up from the airport because there was a buy one, get one half price offer on and I do like a bit of Gaiman. This book was undeniably Gaiman-esque, full of characters in fantastical situations. However, I just didn't find it as immersive as Neverwhere or Coraline and, if I'm honest, I felt quite disappointed by it. I found the characters really difficult to relate and latch onto and, despite enjoying the second half a lot more, it felt like a tapestry of images in places rather than a sound piece of work. There was, however, some really nice true-to-form food descriptions that I thoroughly enjoyed. Thanks, Neil!

Take my review with a pinch of salt because a lot of my friends and peers have read it and really enjoyed it, with some even hailing it their favourite of Gaiman's works. It was a quick pool read but I wouldn't necessarily recommend it. Read it if you're a Gaiman fan, because you'll probably enjoy it. I'd also recommend it to those of you that read a lot of fantasy books as children because, again, you'll probably enjoy it. However, if you're a Gaiman n00b, I'd advise you start elsewhere! 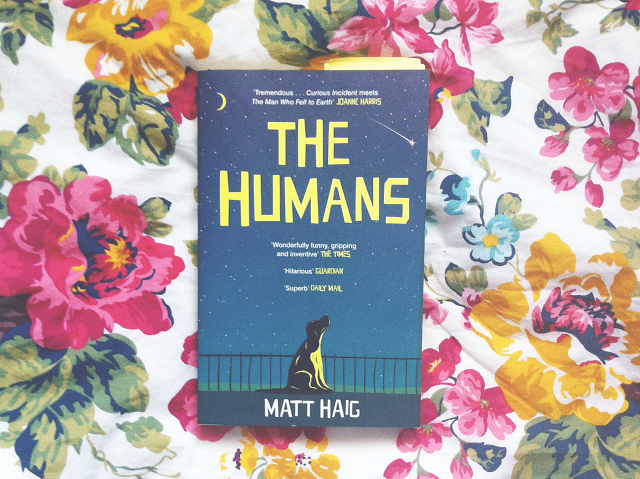 the humans by matt haig (2013)
DATE FINISHED: 07/O6/14 | ISBN: 0857868764 | PAGES: 304
When an extraterrestrial visitor arrives on Earth, his first impressions of the human species are less than positive. Taking the form of a Professor, a leading mathematician...the visitor wants to complete his task and go back to the planet he comes from - a utopian society of infinite knowledge...He is disgusted...but as time goes on, he starts to realise there may be more to this weird species...in picking up the pieces of the professor's life, the narrator...begins to question the very mission that brought him there...

The Humans had been on my 'to read' list for a long while, ever since Matt followed me on Twitter, and I'm very glad to say I finally got round to reading it this month. Unsurprisingly, I wasn't disappointed.

It was comforting and heartwarming and funny yet also the sort of read that left you with a lump in your throat on more than one occasion. I sailed through it in one read thanks to the engaging writing style and the way in which Haig approached human nature from an angle that wasn't too twee nor too brooding. It was actually quite honest and restorative in its approach, I felt like it restored my faith in myself as a human being and I think that's the sign of a good book. I actually have a note in my book review notebook that simply says 'I'm not doing too badly'. That has got to be a good reaction, right?!

Pick this up if you fancy a semi-light thought provoking read. It's easily digestable for people with little time to read so I'd say it's pretty much accessible for everyone. It's definitely worth your time. 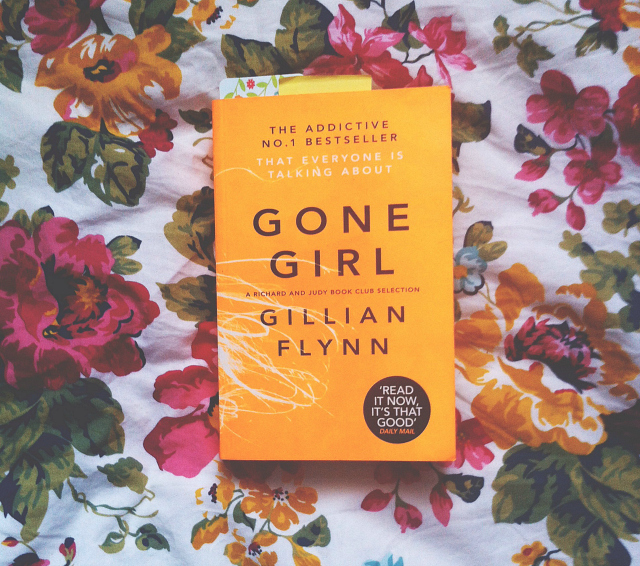 gone girl by gillian flynn (2012)
DATE FINISHED: 09/O6/14 | ISBN: 0753827666 | PAGES: 466
Who are you? What have we done to each other? These are questions Nick Dunne finds himself asking on the morning of his fifth wedding anniversary, when his wife Amy suddenly disappears. The police suspect Nick. Amy's friends reveal that she was afraid of him, that she kept secrets from him. He swears it isn't true. So what did happen to Nick's beautiful wife?

As you know by now, I've been reading Flynn's works in chronological order over the past few months and I have a huge soft spot for them. Thankfully, Gone Girl was no exception and it was everything I could have hoped for.

Everyone went bat shit for Gone Girl when it was first published so I approached it with a mix of excitement and trepidation. Thankfully, I didn't have anything to worry about because it was an incredibly clever tale, an absolute delight to read, and I devoured it in one sitting. There's no denying that it felt a little more commercial  than Gillian's earlier books but I wouldn't necessarily say that it was a bad thing. It was still as gripping and intense as her first books, even if it wasn't quite as violent and dark. A few people have expressed their annoyance with regard to the ending but, without giving anything away, I thought it was quite haunting and understated.

If you're looking to ease yourself into the genre, this is an excellent place to start. I don't think it's my favourite of hers, that title still goes to Dark Places, but it was still really great. Gillian is an incredibly clever writer who meticulously weaves fucked up characters into fucked up situations in a way that will forever blow my mind. Perfect summer reading. 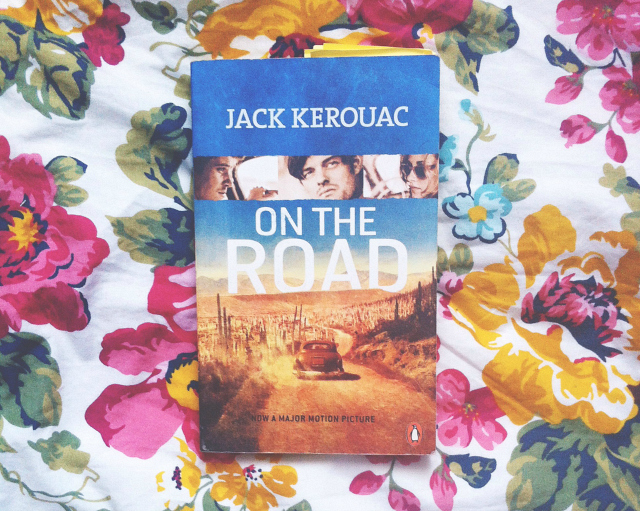 The white male hipster manual of choice, On The Road has divided readers for years and I think it will continue to do so for a long while yet. Viva readers with a good memory will remember that I featured this in a charity shop book haul last summer so I was pretty excited to get round to it. I've posted about this book on instagram a couple of times now and it always seems to inspire controversy, you either love it or you hate it so, naturally, I felt a mix of emotions towards it.

Beat writing is undeniably a little dry in parts and, more often than not, a little self-indulgent and this can make for quite an awkward reading experience. Kerouac's writing style is simplistic and spontaneous and he maintains the round-the-campfire tone throughout. This can be both a positive and a negative. The characters weren't all that likeable and, whilst that's the point, it makes it difficult to engage with and enjoy sometimes. Having said that, Kerouac is really talented when it comes to writing madness. It's peppered throughout On The Road yet it's so delicate and subtle that it doesn't feel sensationalised or trivial at all. There were parts of the prose that I thought were really quite beautiful and I did end up bookmarking a lot of pages, especially those that mentioned 'inky' nights. I came away from this book feeling like I'd gained something from it so I guess that's a huge positive. However, I just can't shake the slight feeling of disappointment at how dry some of the passages were.

Does On The Road live up to the hype? In my opinion, no. However, I think it hugely depends on its cultural significance to you as a reader and a human being. I don't think I'll be re-reading it anytime soon but I'm glad that I read it, nonetheless. I'd recommend it to people that like American literature or writers of the Beat generation. I've got some more Kerouac to read so watch this space! 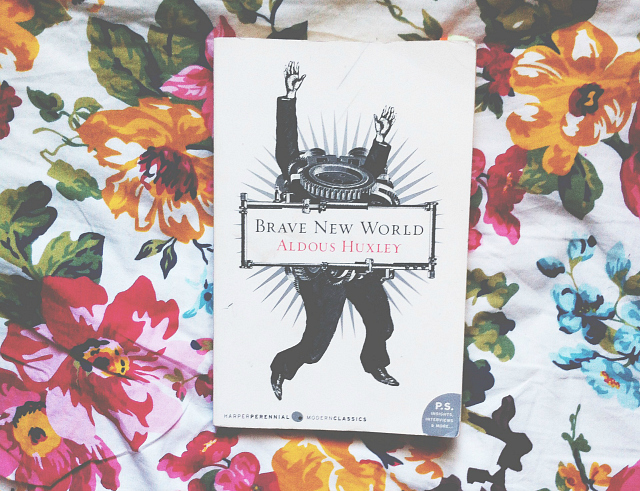 brave new world by aldous huxley (1932)
DATE FINISHED: 21/O6/14 | ISBN: 0060850523 | PAGES: 259
Far in the future, the World Controllers have created the ideal society. Through clever use of genetic engineering, brainwashing and recreational sex and drugs, all its members are happy consumers. Bernard Marx seems alone harbouring an ill-defined longing to break free. A visit to one of the few remaining Savage Researvations, where the old, imperfect life still continues, may be the cure for his distress...

Brave New World is a dystopian classic and, despite its slow start, it's one that I quite liked. Huxley's world building and general conceptual ideas are really quite incredible when you about how he wrote BNW in the 1930's! I feel like it's one of those texts that is even more poignant to the modern day reader than it was back then and I think that's what pretty much defines a classic for me. Despite being of the dystopian genre, this book was very human at heart and I really admired that about it.

I'll be honest with you, it took me quite a while to get through this book because it was a tad dense at times. However, towards the end it really began to gain a bit of momentum and there were moments that were really haunting -  the passages on religion and sorrow, in particular. It was one of those books that gave you quite a bit to think about and I think that's an appealing quality to quite a lot of readers.

It was quite different to what I expected but I still liked it and I'm really glad that I've read it. I think I'll re-read it some day so I can, hopefully, appreciate it a lot more and maybe even tap into the Huxley hype myself. Conceptually, I adore this book.  I found the way in which it looked at the pursuit of pleasure really really fascinating. However, I would've liked it a whole lot more if it was consistently engaging because there were times when it felt like a bit of a chore. Nevertheless, I would say it's a must read for anyone interested in the genre and it's definitely a good place to get into dystopian literature too. Just don't pick this book up if you want a light read.

The vast majority of my book collection has been bought with my own money. Sorry, bank balance! However, sometimes I'm sent books to review. These books are marked with *. Handy, eh?! This page also contains affiliate links. If you buy the books through the links I've so lovingly provided, I'll earn a tiny commission to put towards books in the future. If you've used my link to buy books, thank you! You're a good egg.